You may not realize it, but while the Tech-heavy Nasdaq Composite is up a ridiculous 28% so far in 2020, the Dow Jones Industrial Average is still in the red on the year. 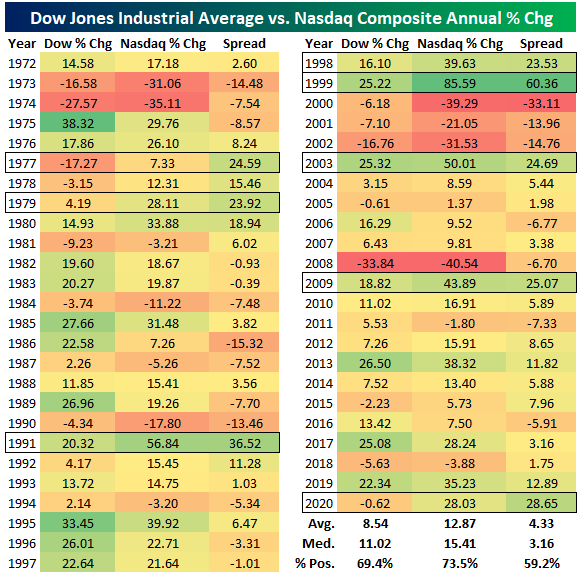 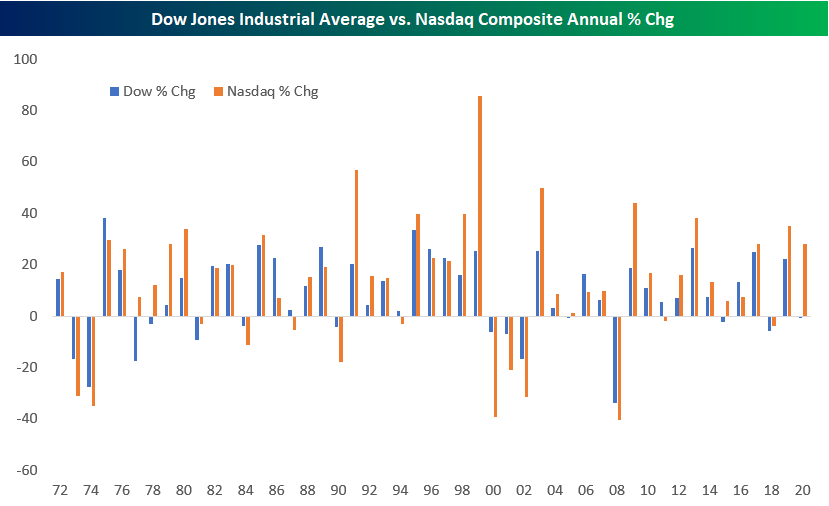 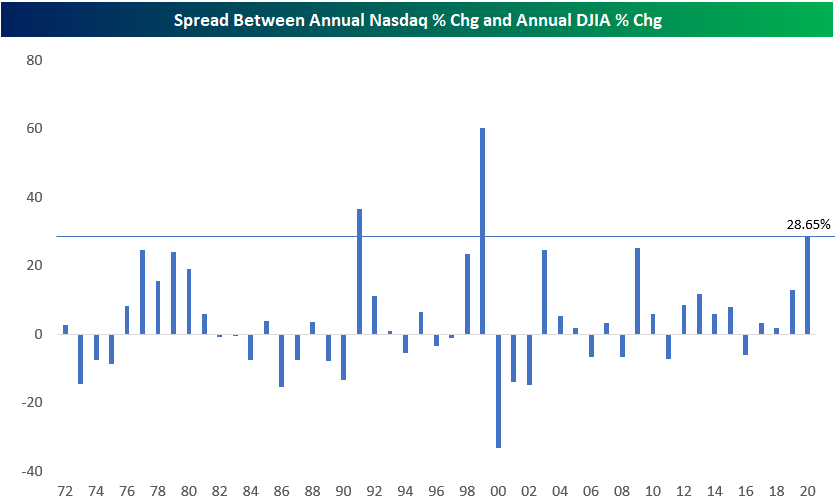 Below are all years since 1972 in which the Nasdaq outperformed the Dow by at least ten percentage points.  The Nasdaq has posted an annual gain of 20%+ in seventeen different years, but never in a year when the Dow was in the red.  Probably the year that most resembles 2020 in terms of the performance spread is 1979 when the Nasdaq rose 28.11% and the Dow rose just 4.19%.  Following that year in 1980, both the Dow and Nasdaq surged again and the Nasdaq outperformed by another 18.9 percentage points. 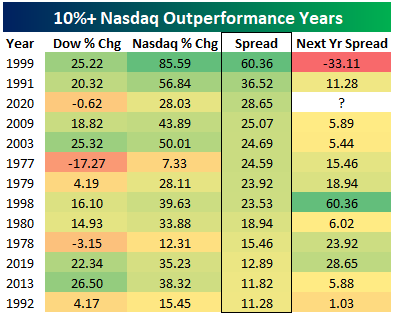