Following Tuesday’s drop, the Nasdaq Composite has closed lower for seven consecutive days, a streak that has not occurred since November 2016. During this stretch, the index has declined roughly 9%, which is the largest decline over seven trading days for the index since mid-June of 2022. Even during the COVID crash and the continued sell-off during the first half of this year, the Nasdaq never declined for seven straight days. As apparent from the chart below, the frequency of these occurrences has declined substantially since the first 20 years of the index’s history. Click here to learn more about Bespoke’s premium stock market research service. 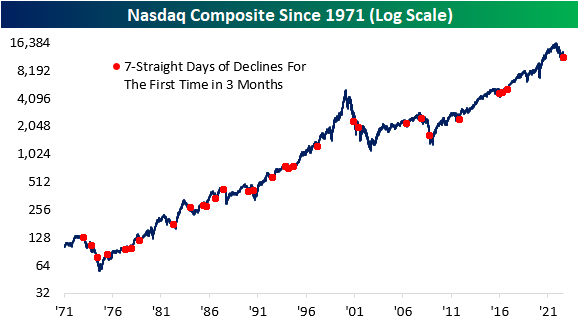 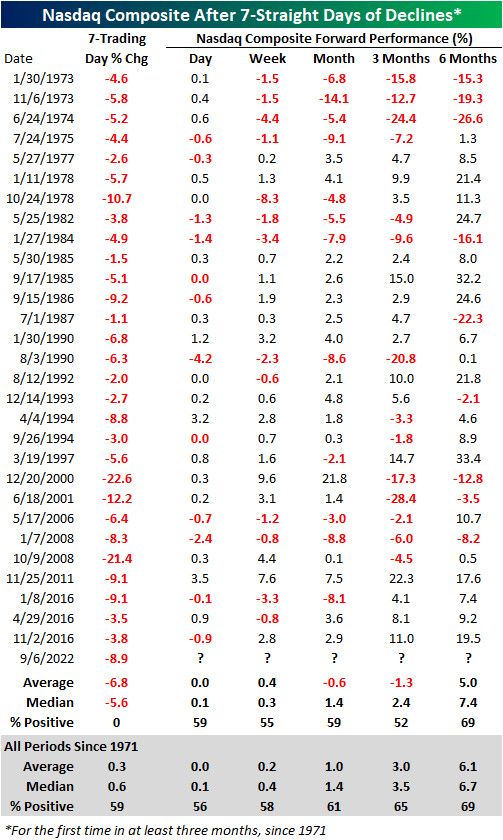 The chart below provides an alternative way to visualize the consistency of positive returns following seven straight declines for the Nasdaq. Apart from three months forward, the positivity rate for the index was within three percentage points of the norm for every time period we looked at. 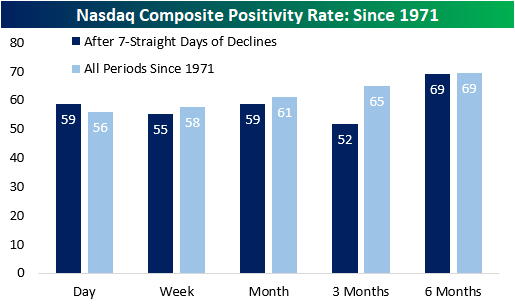