The Department of Labor released weekly jobless claims this morning and the results were mixed.  For initial claims, they remain stubbornly above 1 million at 1.3 million. That was above expectations of 1.25 million but was still another decrease week over week, making it a record fifteenth streak week with lower jobless claims on a seasonally adjusted basis. This week was also yet another example of how even though claims are improving, the pace of improvement has slowed dramatically. In fact, claims only fell 10K this week. That is the smallest decline of these past 15 weeks. 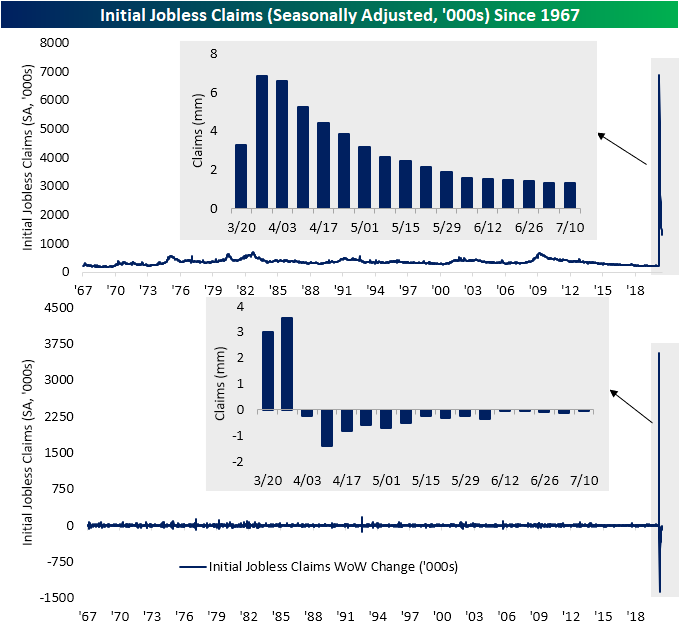 Although the seasonally adjusted number showed a small improvement, actual reported claims on a non-seasonally adjusted basis actually rose from 1.395 million to 1.503 million. That was the highest reading since the first week of June. Additionally, that increase was the first time that jobless claims (NSA) rose since the last week of March, snapping a record streak of 13 consecutive weeks with lower claims. 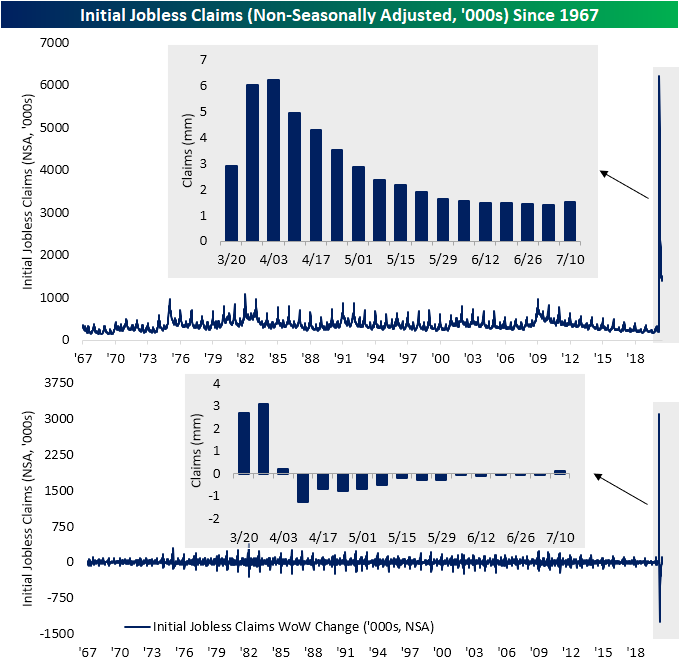 Given continuing claims are lagged an additional week, they would not reflect that uptick as that reading continued to fall.  Seasonally adjusted continuing jobless claims now total 17.34 million which is the lowest since the second week of April. 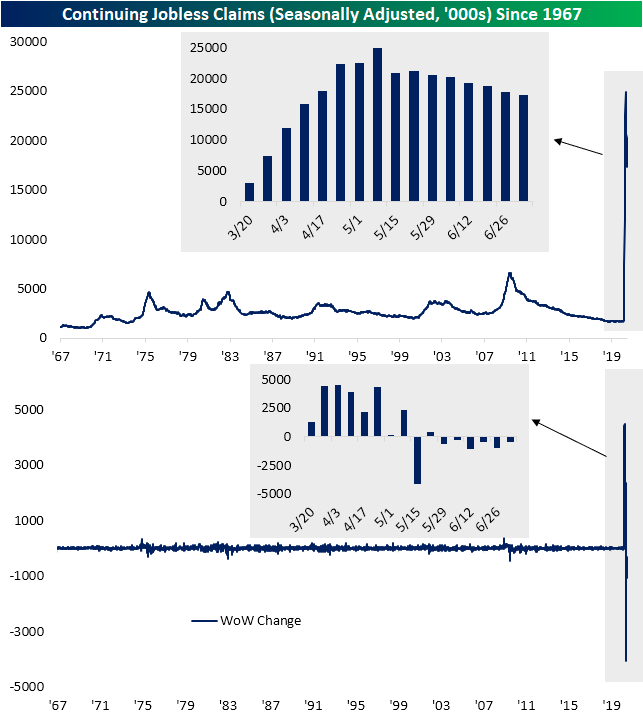 Looking at claims on a state by state basis, the main drivers of higher NSA claims this week have been some of the states with the largest increases in COVID cases like California, Georgia, and Florida. In the case of Florida, it saw a massive increase in first time jobless filings, nearly doubling from 66,941 last week to 129,408 this week. Meanwhile, Texas is bucking that trend with one of the largest improvements in claims despite higher case counts.  As for continuing claims in the week ending July 4th, Florida, California, Georgia, Pennsylvania, and Texas, have all seen the largest increases in continuing claims. New York, North Carolina, and Texas on the other hand have seen the biggest declines. Click here to view Bespoke’s premium membership options for our best research available.