At first glance, recent data on jobless claims have not painted a pretty picture of the labor market.  For seasonally adjusted initial claims, things have not soured too dramatically although recent readings remain well off the lows from earlier this year. In the latest week’s data, claims rose another 4K to 230K compared to last week’s upward revision of 226K.  Given the moves in claims have been somewhat choppy over the past couple of months, the four week moving average has also risen to 230K, the highest reading since the first week of September.  In other words, claims are still below summer highs but modestly trending back up to those levels. 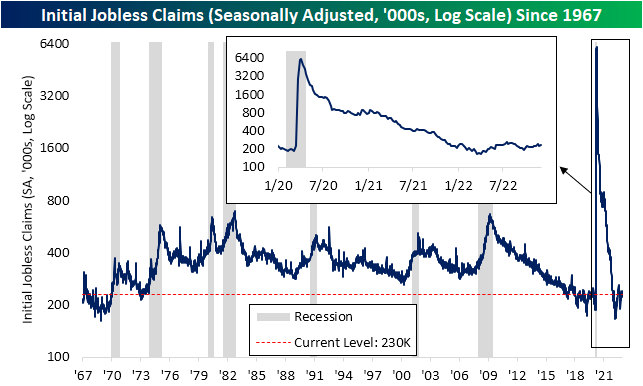 On a non-seasonally adjusted basis, the move in the latest week’s reading is right in line with what could have been expected given seasonality.  Jobless claims have historically risen over 80% of the time for the current week of the year with an average increase of 85K week over week.  The 87K increase this week was right in line with that average and brings the indicator up to similar levels as the comparable weeks of 2017 through 2021 (excluding 2020). 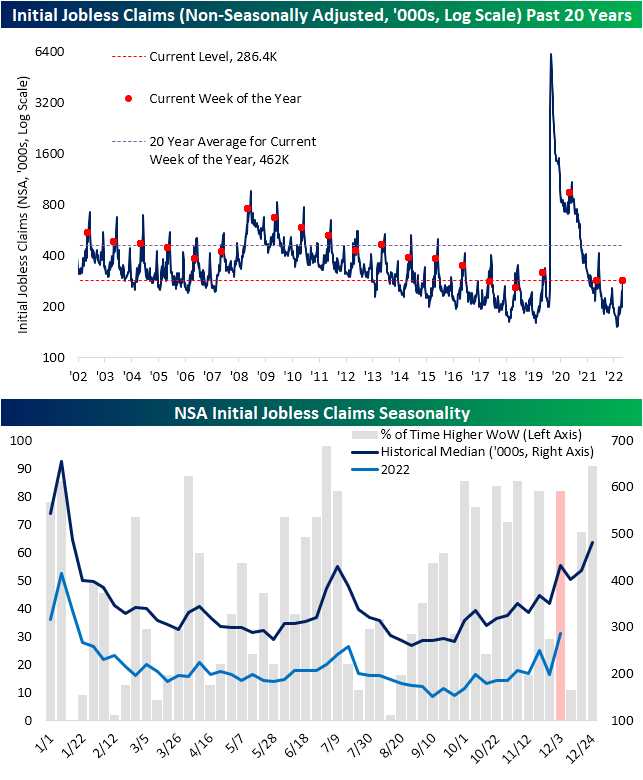 Continuing claims have been the much more worrisome side of jobless claims recently. The seasonally adjusted reading has rocketed higher over the past several weeks, rising to a new high of 1.671 million this week.  That is the most elevated reading since the first week of February.  Whereas continuing claims had spent a long time below the pre-pandemic range, this latest reading is right back into that range.  As we have noted in the past couple of weeks as well (see here and here), the rapid uptick in seasonally-adjusted claims has been consistent with the rise in claims during past recessions, meaning that even if claims are well below where they have been in the past, the speed and direction they have headed are worth keeping an eye on. 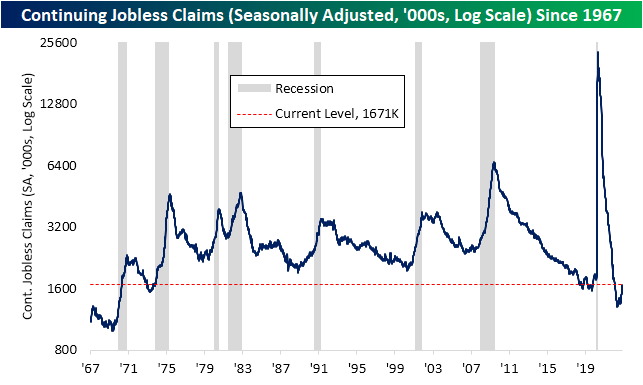 While continuing claims are flashing recessionary warning signs after seasonal adjustment, with the latest week’s data (the last week of November) covering a holiday, there are always some difficulties with the seasonal adjustment. On a non-seasonally adjusted basis, claims are still lower than comparable weeks of the year over the past 20 years (top chart below) as claims experience their typical swing higher for this point of the year. As shown in the second chart below, the current week of the year has historically experienced a large uptick. In fact, the average w/w increase for the current week has been 328K, roughly in line with the 300.9K rise in the latest data.  Similarly, the total increase off the early October low (+363.5K) has likewise been smaller than the historical median of 538K. 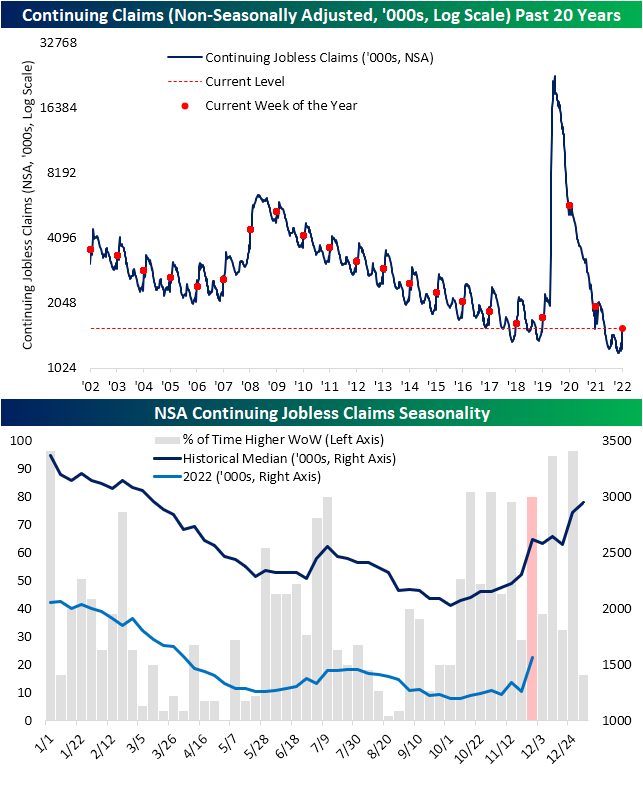 In spite of the tendency of the large swing higher week over week historically, seasonal factoring was not quite as pronounced. As shown below, the seasonal factor was much weaker for the latest week’s data than say the prior few weeks.  That is not to say the seasonal adjustment is necessarily wrong or worries of recession as a result of recent moves in the adjusted number are not without merit, rather it is worth noting that the seasonally adjusted number could be sending the message of a more elevated reading on claims than in actuality. In other words, it is not perfectly clear how much of the increase in continuing claims has been the result of seasonality or the beginnings of recession. Click here to learn more about Bespoke’s premium stock market research service. 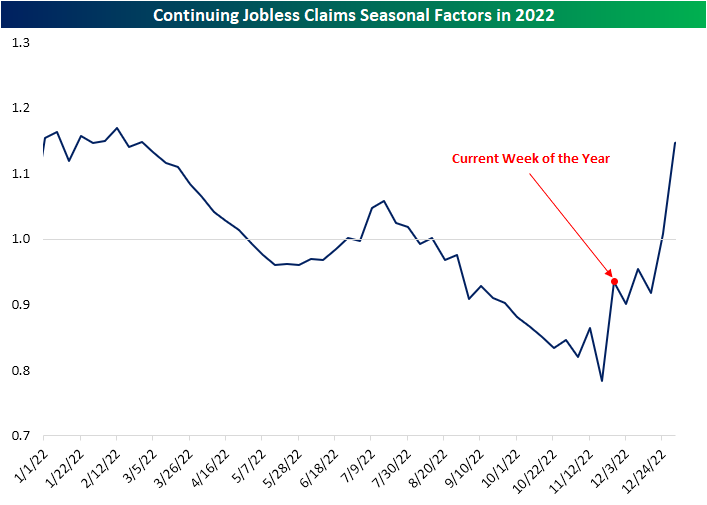