As shown in the snapshot of our Earnings Explorer below, the next two weeks will be the busiest parts of earnings season before things quiet down headed into May.  While there will be many more from names not in the index, by next Friday, there will be a total of 917 S&P 1500 companies reporting results with next Thursday the single busiest single day as 184 companies report. 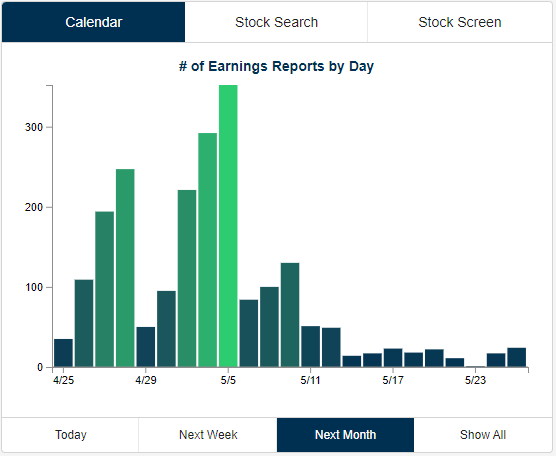 It’s not only a busy week of earnings in terms of the number of companies reporting, but also the size of those companies. In today’s Chart of the Day, we highlighted how this week will see some of the largest companies in the world releasing results all in the same week for just the eighth time on record.  As shown below, even though next week will have a higher number of companies reporting, the combined market caps of the companies releasing quarterly results this week far outsize next week. Of course, that is largely thanks to mega-caps. For example, tomorrow there will be over $4 trillion in market cap reporting between three names alone: Visa (V), Alphabet (GOOG), and Microsoft (MSFT).  Wednesday will see the half-trillion dollar Meta Platforms (FB) report followed by the biggest day of earnings by market cap on Thursday, totaling nearly $8 trillion. Again, two names alone are a huge share: Amazon (AMZN) and Apple (AAPL).  Click here to view Bespoke’s premium membership options. 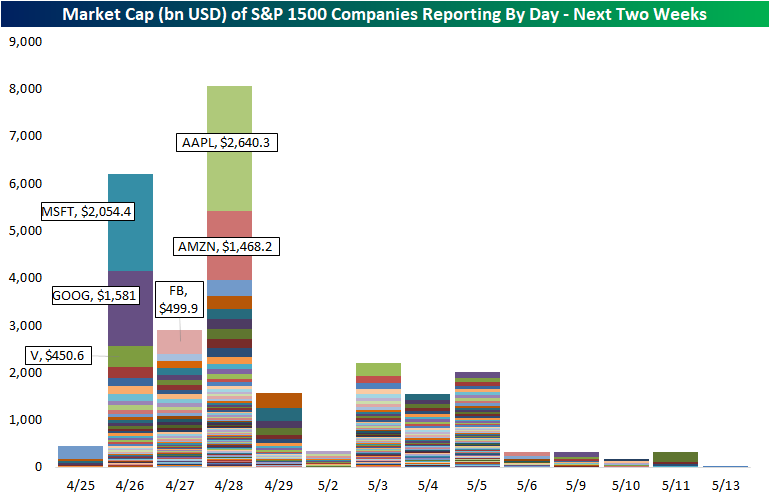