Most of ARKK Bouncing But Still Down Big

After trading deep into oversold territory, the past two weeks have seen the ARK Innovation ETF (ARKK) erase some of the losses of the past few months. Since the closing low on May 13th, ARKK has rallied a hair above 10%, although that still leaves it down over 30% from its 52-week high on February 12th.  As for the holdings of the ETF, on a year-to-date basis there are just 10 stocks that are still in the green in 2021.  Back in late January, nearly every ARKK holding was in the green.

Performance over the past week is essentially the inverse of year-to-date performance.  Whereas there are only a handful of stocks up YTD, there are only a handful that have fallen over the past five days.  Although it does not hold a large weight in the ETF (0.98%), by far the worst-performing stock has been Iovance Biotherapeutics (IOVA).  The stock was hit with a double whammy of bad news recently when the company announced the CEO, Maria Fardis, would be stepping down in addition to delaying its biologics license application until the first half of next year following feedback from the FDA.  That actually comes after a previous delay in the application back in October.  As for the rest of the ARKK cohort, Coinbase (COIN), HUYA (HUYA), and Proto Labs (PRLB) are the only other names down at least 5% in the past five days ending yesterday. On the other end of the spectrum, there are ten stocks that have rallied at least 10% in the same span.  Only one of these, Shopify (SHOP), has risen to more than one standard deviation above its 50-DMA while Sea (SE) is on the cusp of being able to say the same. 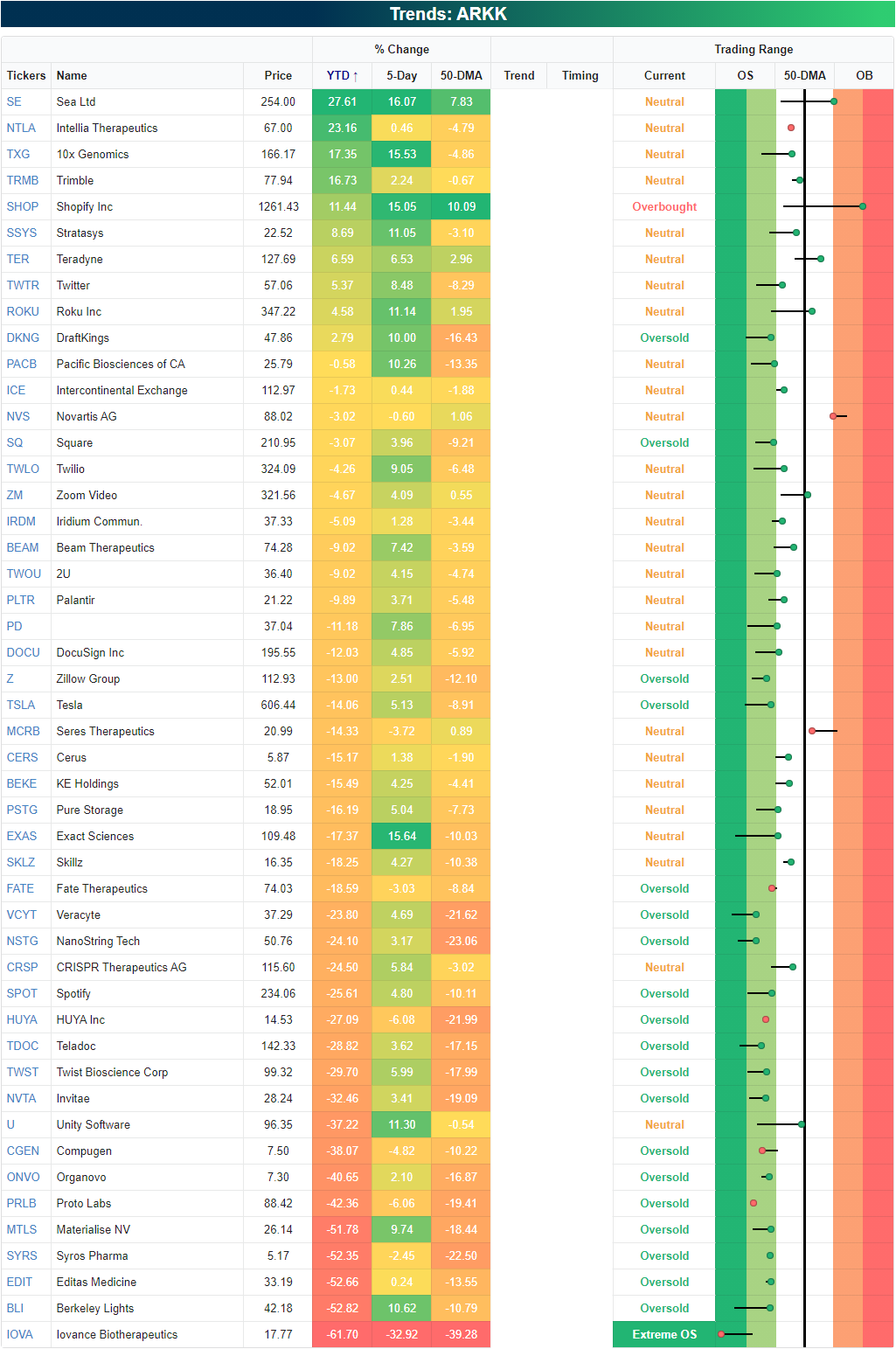 The charts of the ARKK holdings are all over the place ranging from still trending higher, to being in consolidation, to having totally collapsed.  For holdings like DraftKings (DKNG), ROKU (ROKU), Teradyne (TER), Trimble (TRMB), or Twitter (TWTR), the past few months of declines have brought price back down to around the past year’s uptrend lines or their 200-DMAs.  For others like Square (SQ), Sea (SE), or Tesla (TSLA), those long-term uptrends of the past year are less intact but the recent bounces have similarly come around their 200-DMAs or prior support from the lows earlier this year.  The snapshot above is from our Trend Analyzer tool that Bespoke Premium members have access to.  We have whited out two of the columns in the snapshot — our Trend and Timing scores.  To access these two proprietary indicators, be sure to start a two-week Bespoke Premium trial.  You’ll also have access to our Chart Scanner tool which is where the charts below are pulled from. 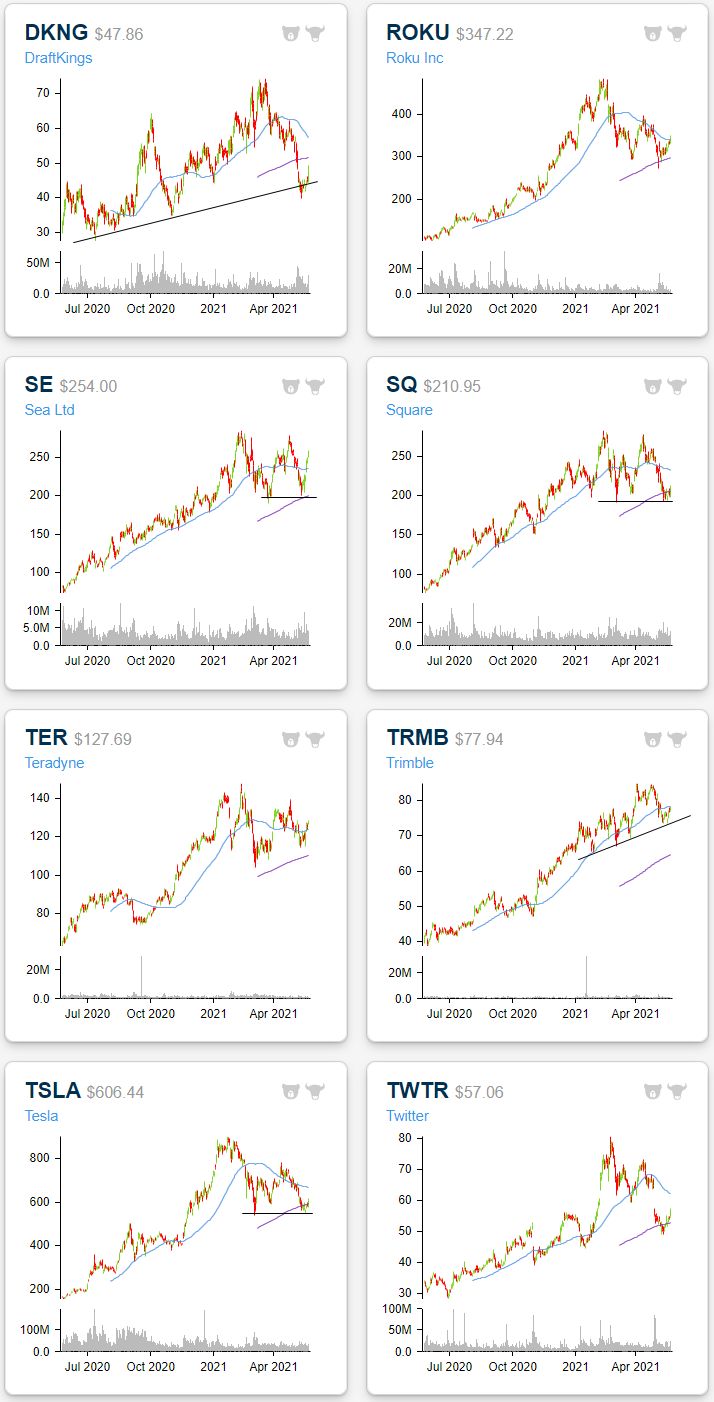