Over the course of 2021, we have seen some aggressive short squeezes, resulting in turmoil for certain financial institutions and millions in profits for some retail traders. The “reddit army” has gone after multiple stocks, most notably Game Stop (GME) and AMC (AMC). Let’s dive into the 25 companies in the Russell 3,000 currently with the highest short interest as a percentage of float. Of these 25 companies, only 8 have experienced positive returns in 2021, and 6 have seen their share price half. Since GameStop peaked in late January, 20 of the companies on this list have lost value, and 9 have seen their equity trade down by 50%. Since AMC’s peak in early June, 7 companies have seen price appreciation, and zero have seen their value decrease by 50%. 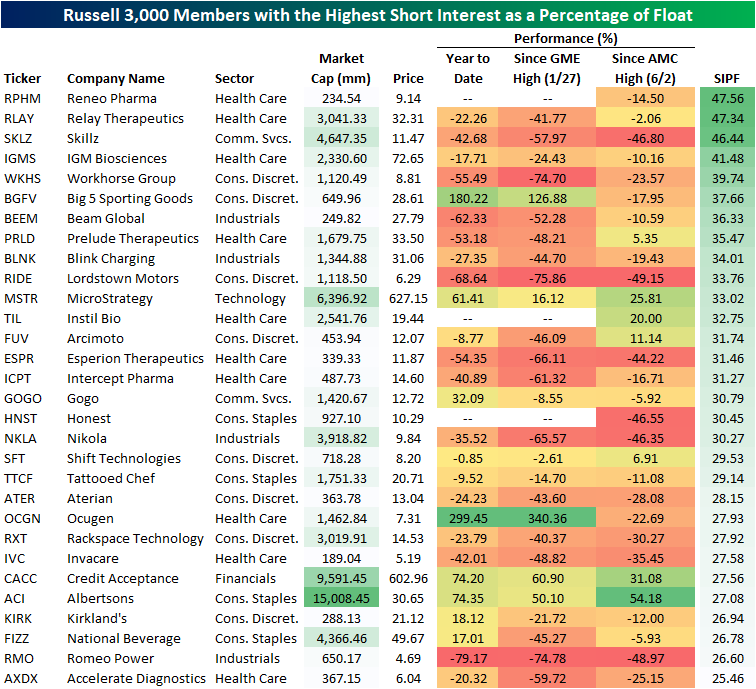 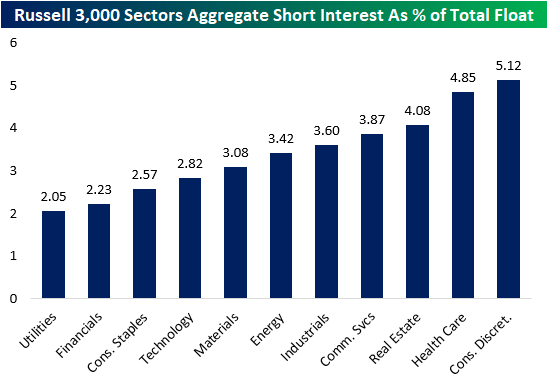 To dive deeper, let’s look at the average short interest in each industry. Retail, Pharma & Biotech, and Consumer Services have the highest levels, while Banks, Tech Hardware, and Utilities have the lowest levels. The average short interest in the retailing industry is more than three times higher than that of banks for companies in the Russell 3,000. 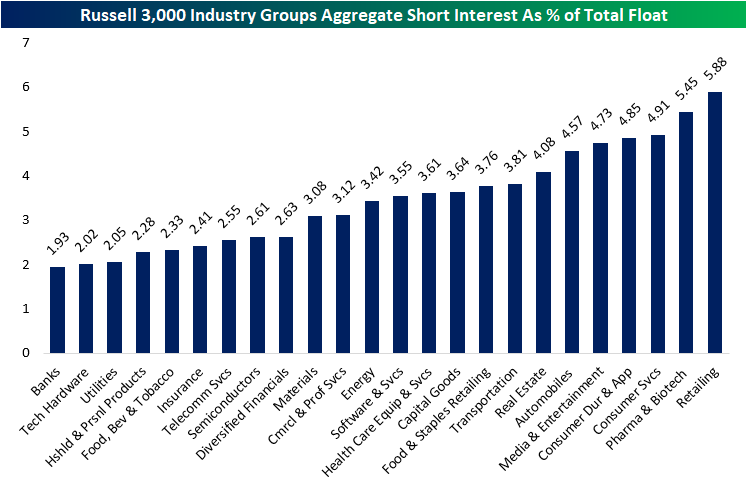 To support this, let’s undergo a decile analysis. The stocks in the top 20% in terms of short interest have significantly underperformed the rest of the Russell 3,000 since GME hit its highs. While the equities in the bottom 20% of short interest have averaged a 22.23% return since January 27th (GameStop’s top), the top 20% of most heavily shorted stocks have declined by 1.40% on average. 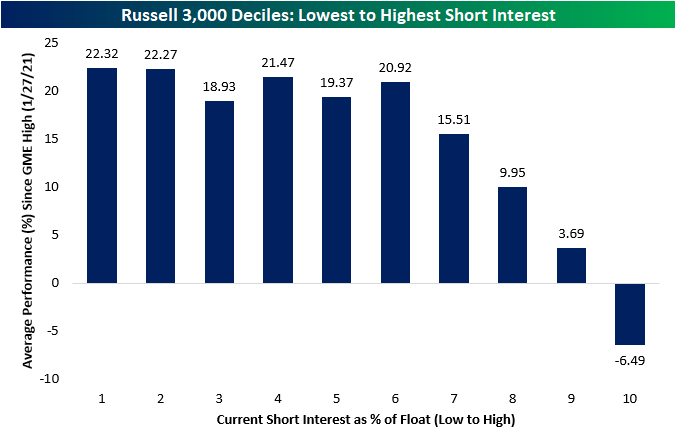