Most and Least Heavily Shorted Stocks in the S&P 500

Despite the Energy sector boasting the highest median reading, on an individual stock basis, not a single Energy name finds itself on the list of the 25 S&P 500 stocks with the highest short interest.  In fact, the Energy stock with the most elevated reading is Marathon Oil (MRO) at just 6.7%; which ranks 42nd in the S&P 500. While the beaten-down sector does not have any representation in the top 25 list, the list is mostly comprised of companies that have similarly been battered by COVID-19.  Stocks related to the reopening trade like travel, airlines, and retail dominate this list. While these high readings of short interest indicate a large number of investors betting against these names, from a contrarian perspective, they are names that could be susceptible to a short squeeze.

Looking at the inverse, most of the 25 stocks in the S&P 500 with the lowest short interest as a percentage of float are made up of stocks that have held up better this year.  There are some big large-cap names like Apple (AAPL) and Microsoft (MSFT) as well as some names that have seen their business boom since the pandemic began such as Home Depot (HD) and Costco (COST). The sector with the lowest median short interest as a percent of float, Health Care, is also well represented with 8 of the 25 stocks finding their way onto the list. Click here to view Bespoke’s premium membership options for our best research available. 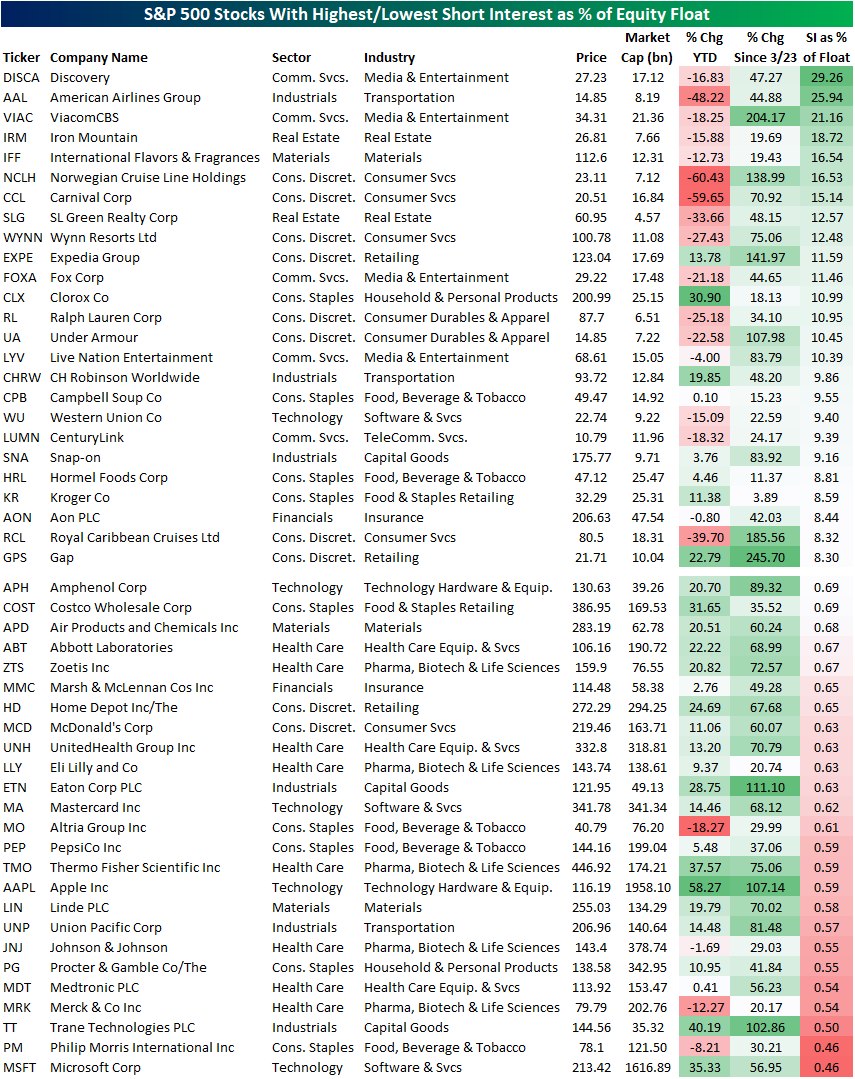