The recent rise in rates has lifted the national average for a 30-year fixed-rate mortgage to 3.68% which is nearly a half percentage point higher than it was just one month ago. That is also the highest rate since April 2020. 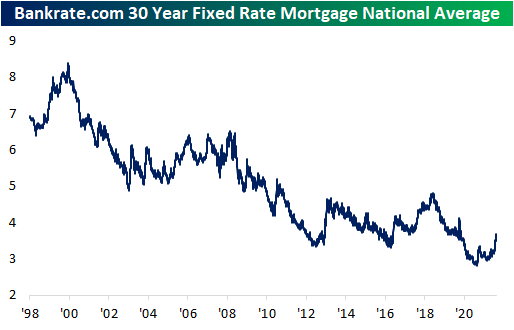 Such a large jump in rates in only a month’s span is not totally without historical precedent, but it is on the large side of monthly moves.  Going back to 1998, the current one-month change in rates stands in the top 2% of all periods.  It is also the largest jump since March 2020. 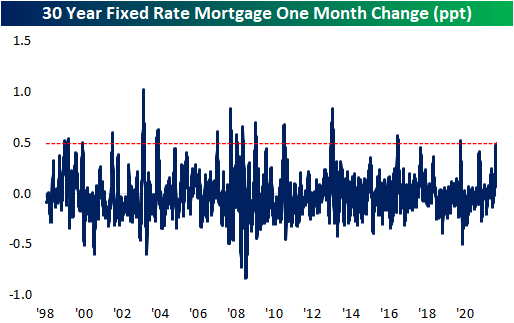 Weekly data from the Mortgage Bankers Association released this morning has reflected that rise in rates. Mortgage applications fell over 7% WoW on a seasonally adjusted basis. Refinance applications experienced a sharper 12.6% WoW decline as the index hit the lowest level since the first week of 2020 bringing the total decline over the past month up to 17.5%. While applications are falling somewhat dramatically, current levels are now only slightly above the historical average. 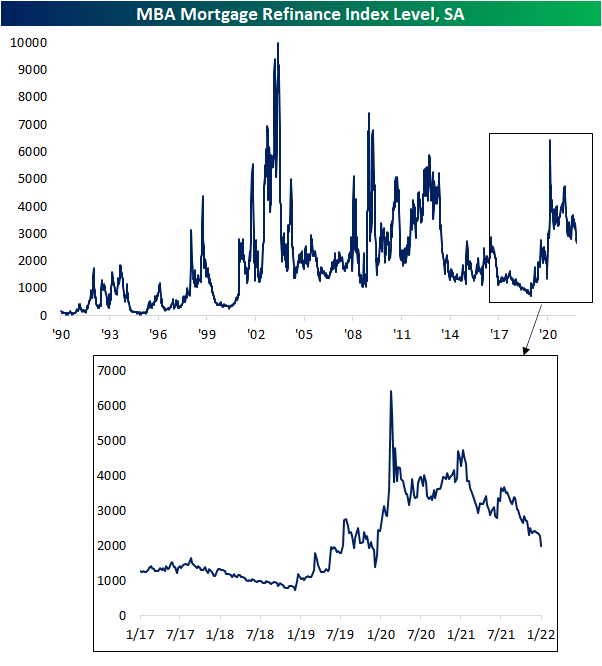 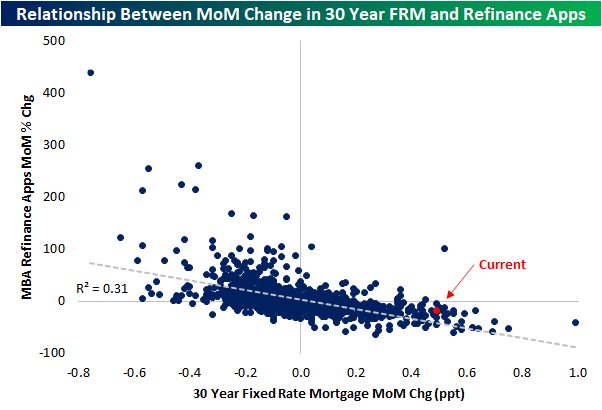 Pivoting over to related stocks, the iShares Home Construction ETF (ITB) is up half of one percent today, albeit having come off of the morning’s highs on the weaker than expected MBA numbers and stronger than expected new home sales figures. The bounce over the past few days brings ITB back up toward its 200-DMA which acted as support back in the early fall. Overall, ITB’s pandemic uptrend is also still more or less in place.

Meanwhile, mortgage REITs (which is a more direct play on MBA data) proxied by the iShares Mortgage Real Estate ETF (REM) have gotten hit harder recently with a more defined downtrend since the late fall. While it too is bouncing in the past few sessions with a 1.6% gain today, the technical damage has been more severe than the homebuilders.Click here to view Bespoke’s premium membership options. 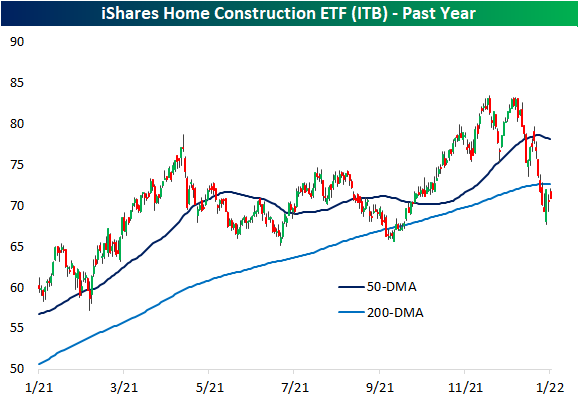 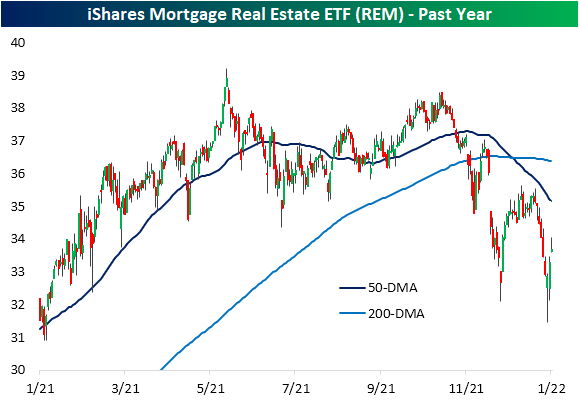