Mortgage Rates Move the Other Way of Treasury Yields

While the past week has seen Treasury yields fall sharply, mortgage rates have continued to rise as has been the case consistently over the past few months with the FOMC slated to begin raising rates. At current levels, various measures on the national average for a 30-year fixed-rate mortgage like the longer-dated weekly series from Freddie Mac or the higher frequency series from Bankrate.com have now reached the highest levels since 2019.  For the rate from Freddie Mac, as of the most recent update last Thursday, the national average for a 30-year fixed-rate mortgage stood at 3.89%.  For the more recent and higher frequency reading from Bankrate.com, each day of the past week has seen readings at or above 4.25%. 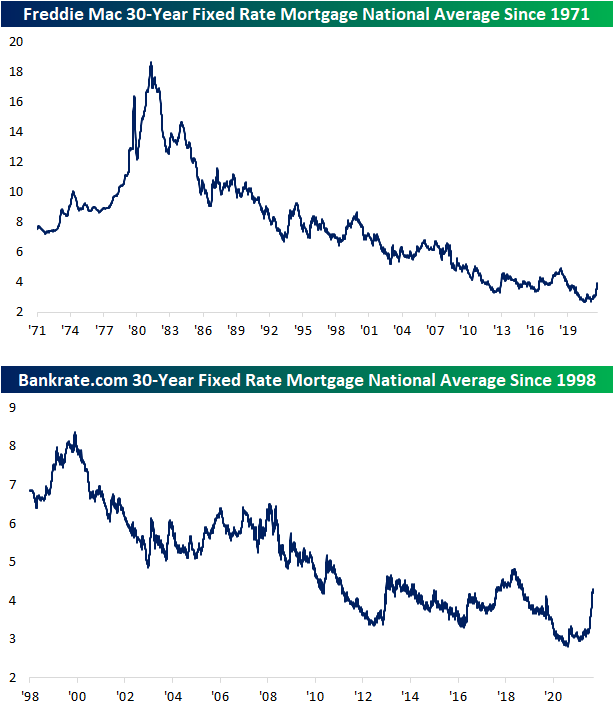 As previously mentioned, the recent changes in US Treasuries have been the opposite of mortgage rates.  Quantifying this, in the ten days since the February 15th high in the 30-year US Treasury, the yield has fallen 25.26 bps through yesterday’s close.  Meanwhile, the 30-year fixed-rate mortgage from Bankrate.com has risen 6 bps. For mortgages, that is far from the largest 10-day change as that reading recently was above 40 bps in mid-February, but regardless, relative to the decline in the 30-year yield, yesterday saw a 31 basis point spread between the two rates’ 10-day changes.  As shown in the chart below, that stands in the 98.8th percentage of all periods going back to the start of the mortgage rate data in 1998.  June of last year and the COVID crash were the most recent periods to see such a divergence in the moves in 30 year Treasury and mortgage rates. 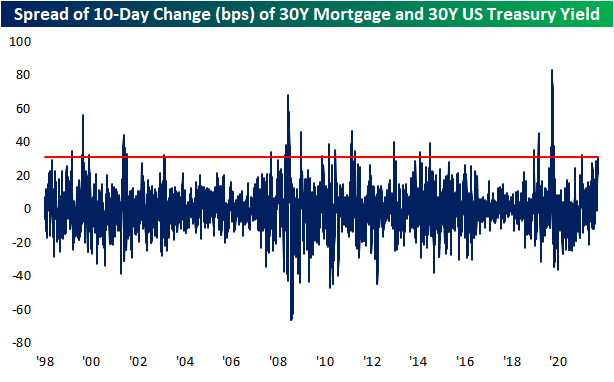 Given it continues to get more expensive to finance a home, purchase applications from the MBA fell again this week (albeit the 1.76% WoW decline was far less severe compared to the previous week’s 10.14% decline) as the index is now at the lowest level since May 2020. 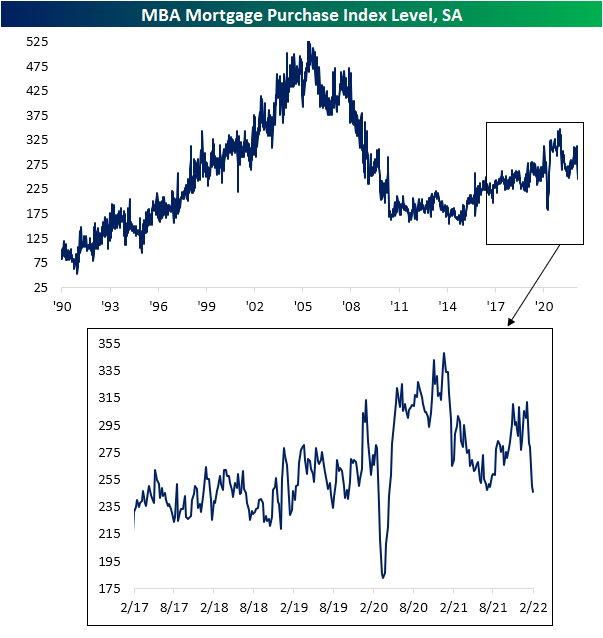 Refinance applications were actually slightly higher this week, but in spite of that small respite, the index still hovers around some of the lowest levels of the past two years. Click here to view Bespoke’s premium membership options. 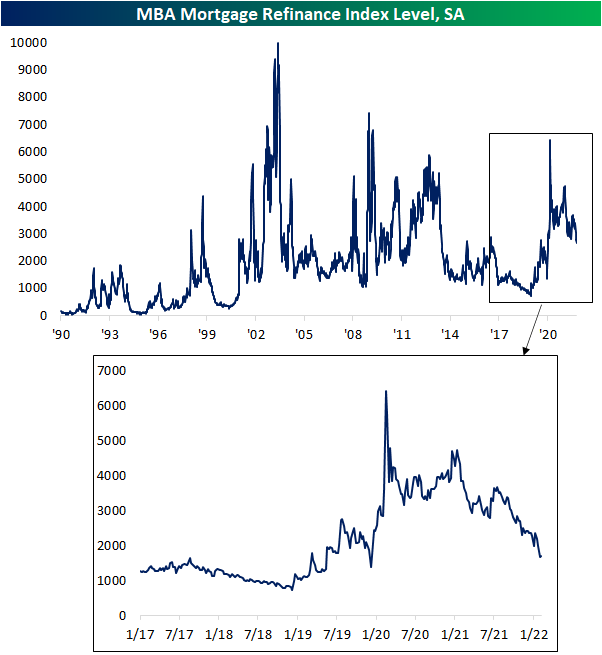