Rates have been on the rise over the past few months with the 30 year Treasury yield now hovering around its highest levels since March.  Despite that general rise in rates, the 30-year national average for a fixed-rate mortgage has remained fairly stable without any significant uptick.  The national average is currently at 3.04% which is basically in line with the average over the past three months. 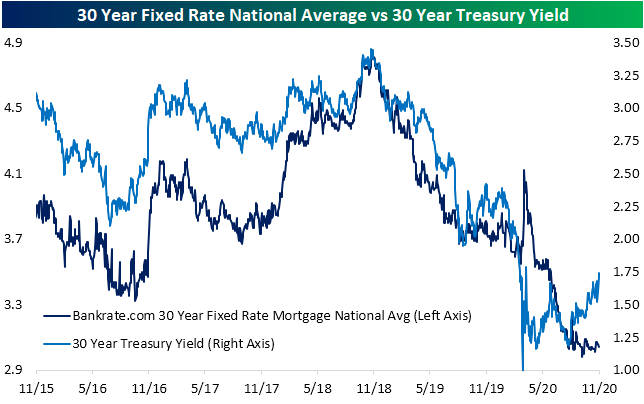 Despite mortgage rates remaining relatively stable, there has been a downward move in purchase applications in recent weeks.  Released this morning, the MBA’s weekly reading on purchases fell 2.56% week over week to the lowest level since May. This week also marked the sixth time in the past seven weeks that the seasonally adjusted purchase index has fallen. Despite this, that move lower since the peak in September has barely made a dent on a longer time horizon. 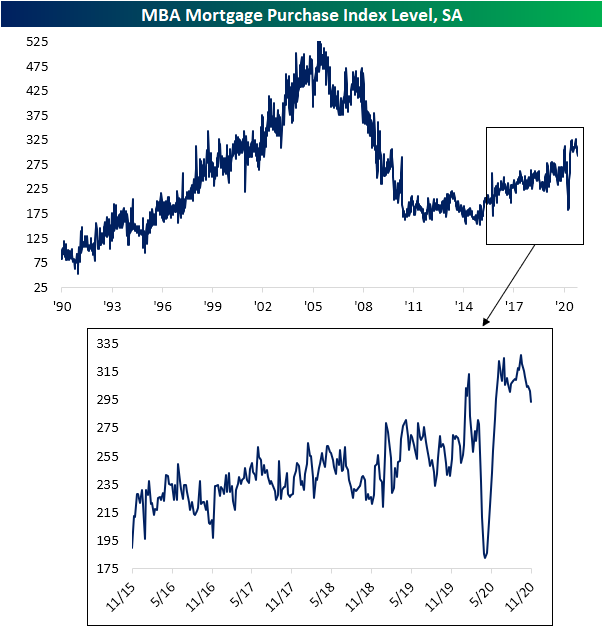 Those declines in the seasonally adjusted index come during what is typically one of the weaker times of the year for purchase activity.  As shown in the charts below, the second half of the year typically sees purchases fall into year’s end. Those seasonal patterns are still very much holding true this year, though, purchases are still running well above the levels of the comparable weeks of the past decade and the annual peak (blue dot) came several weeks after what has typically been the norm. 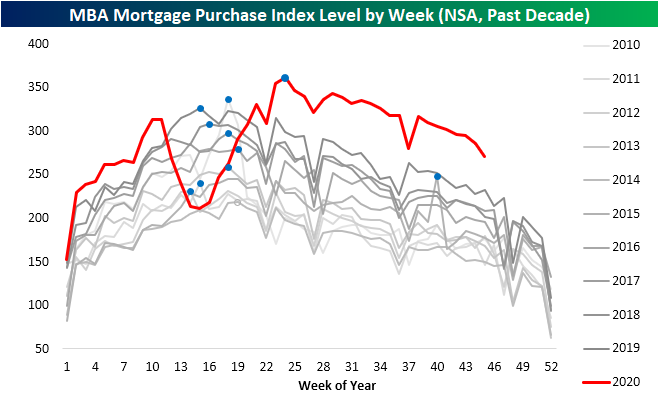 Although purchases have been on the decline from what were very strong levels, refinancing activity has held up well. The Refinance Index rose for a fourth week in a row this week as it reached its highest level since early August. Click here to view Bespoke’s premium membership options for our best research available. 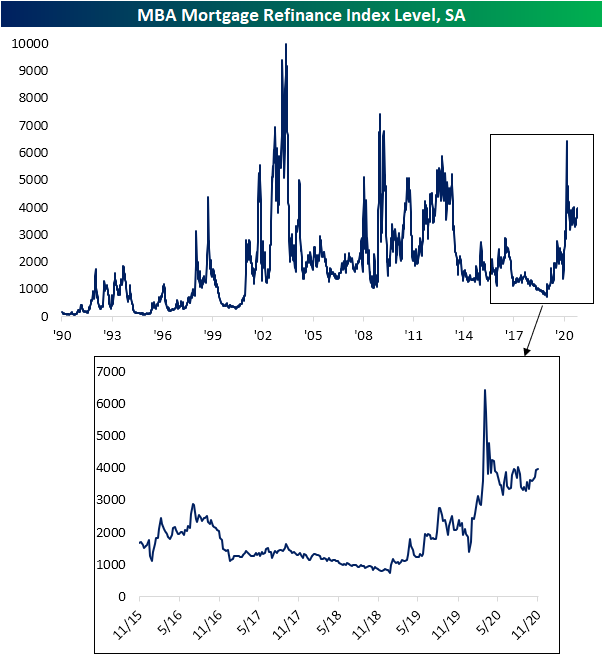