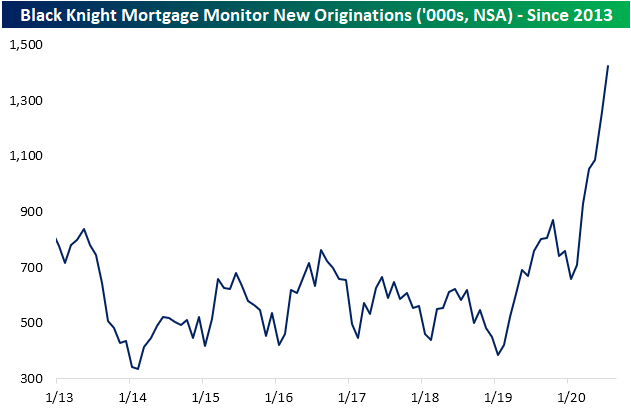 By the same token, the Mortgage Bankers Association’s indices of mortgage purchases and refinance activity (updated this morning) both likewise remain at very healthy levels.  In the case of the Mortgage Purchase index, it has fallen in back to back weeks for the first time since the second half of July. But the1.5% decline this week and 1.9% drop last week have only brought the index as low as it was at the end of August.  Overall, the index has been more or less trending sideways over the past few months, but that sideways move has been at very strong levels.  In fact, outside of the higher readings earlier this year, the purchase index’s current levels are similar to those last seen in the first weeks of 2009. In other words, there has not been any significant increases or decreases in mortgage purchase and refinance activity in recent months, but activity remains very elevated relative to the past decade.

It is a similar story for the refinance index which rose over 8% this week to its highest level since mid-August as mortgage rates have shifted lower; the 30-year fixed rate national average has dropped roughly 5 bps from the late September peak.  Just as with the purchase index, refinancing activity has been off the highs and fairly stable over the past few months, but that is at some of the highest levels of the past several years. 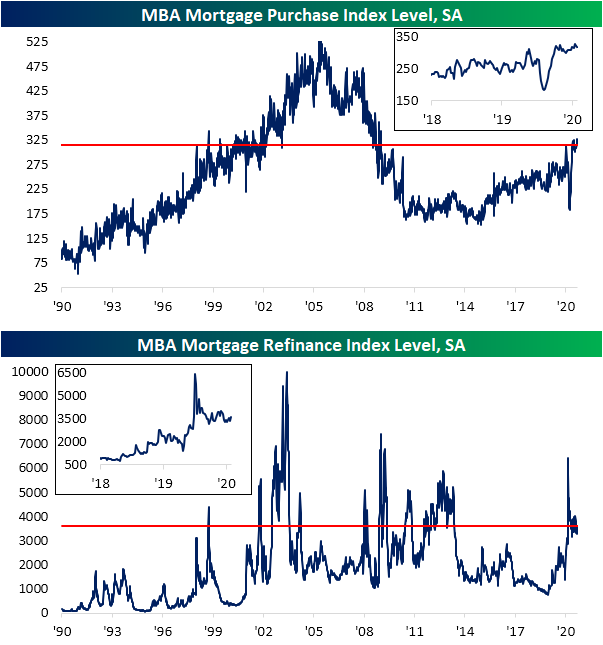 Similar to the indices from the MBA, the homebuilders have also hit a bit of a plateau recently.  In September, the Homebuilder ETF (XHB) had been in consolidation, but over the past few days, the Homebuilder ETF (XHB) has once again broken out and has so far successfully retested the prior September highs as support. Click here to view Bespoke’s premium membership options for our best research available. 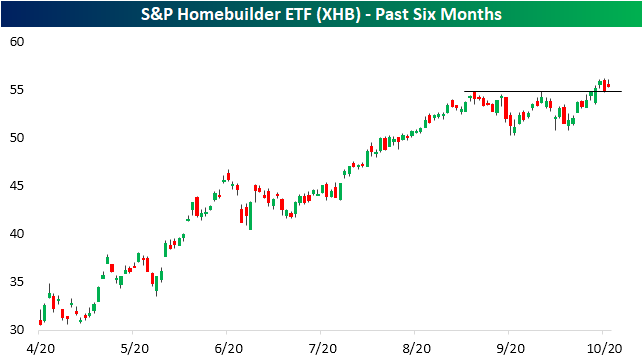