Mortgage Purchases and Refinancing Go In Opposite Directions

This morning, the Mortgage Bankers Association (MBA) released their weekly reading on mortgage purchase and refinance applications.  Although the composite index was up 1.2%, purchases of homes have been a bit lackluster likely on account of the short supply of existing homes and rising costs to build new homes which we discussed yesterday.  This week, the seasonally adjusted purchases index fell 4.2% and currently sits just above the recent low from the week of February 19th. 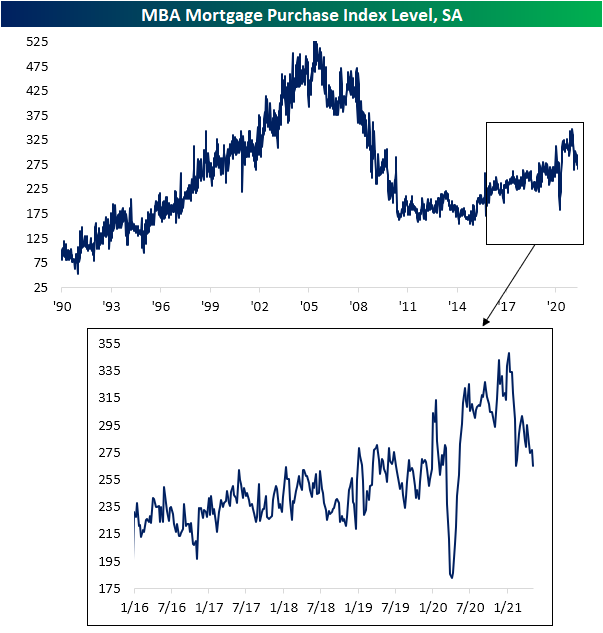 We would also note that seasonal tailwinds of mortgage purchases have now likely come and passed.  As shown through the blue dots in the chart below, the annual peak in non-seasonally adjusted mortgage purchases typically comes at some point in March through May.  The only exceptions of the past decade were last year and 2015. 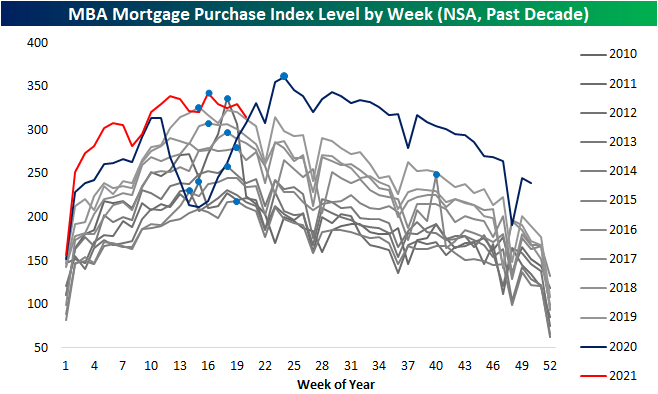 While purchases have continued to decline, refinances have picked up a bit recently.  That index rose over 4% this week as it is now back to the highest levels since the first half of March. 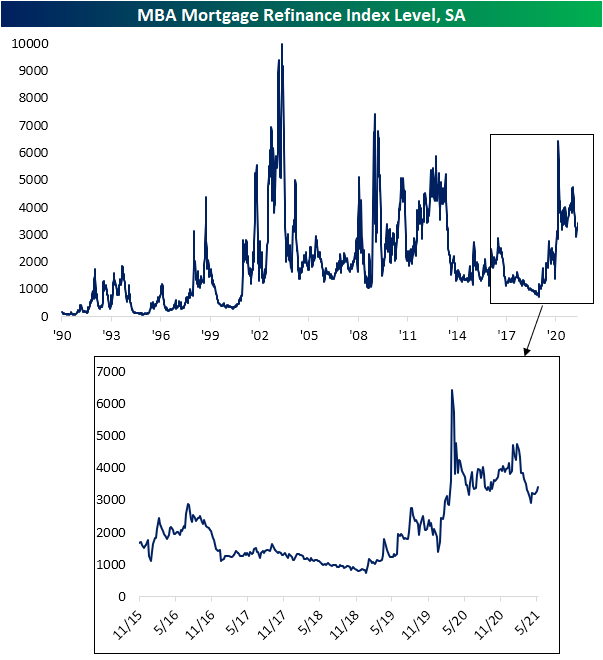 That uptick in refinances comes as the national average of a 30-year fixed rate mortgage has been on the decline after the surge in February and March.  As of yesterday, the national average sat at 3.09% which is around similar levels to last fall.  Again, while refinances have benefited from that decline in mortgage rates, it hasn’t appeared to have impacted purchases as supply is likely the bigger issue at play.  Click here to view Bespoke’s premium membership options for our best research available. 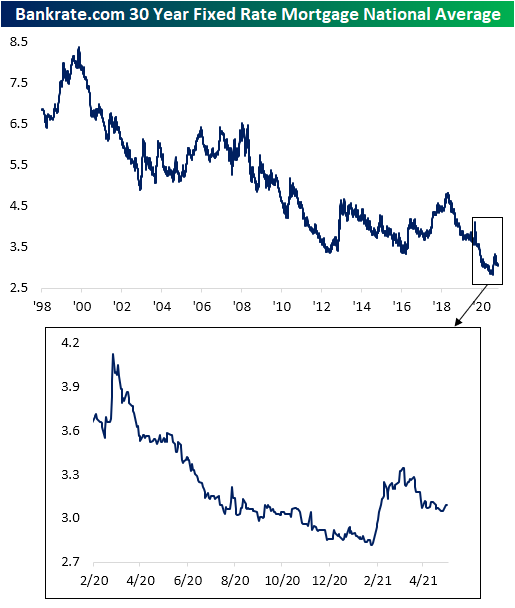