This morning the Mortgage Bankers Association (MBA) released their weekly read on mortgage activity. Whereas most of the past year has seen purchase applications trending lower, the reading bottomed out in late July indicating positive signs for other economic releases like new and existing home sales. Over the past month, though, as interest rates have been rising, the index has been erasing the late summer gains with this week’s 4.86% decline the largest for a single week since July 16th. With that said, the current level of purchase applications remains solid at the high end of the pre-COVID range. 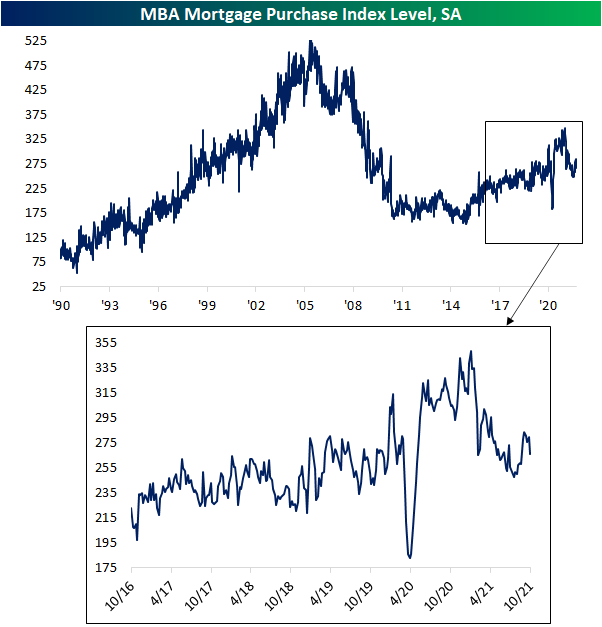 Purchase applications are generally following the normal seasonal pattern as well this year.  Last year (dark blue line in the chart below) as the pandemic came about, purchase applications took a huge hit during what is normally the strongest point of the year for activity.  That resulted in a later than normal seasonal peak (light blue dots).  This year’s peak occurred in the spring as has been the norm over the past decade. While purchases have seen their usual seasonal decline since the spring, that does not mean purchases have been weak. Albeit not as strong as 2020 levels, purchase apps have been running at a clip similar to, if not stronger than, 2019 levels. 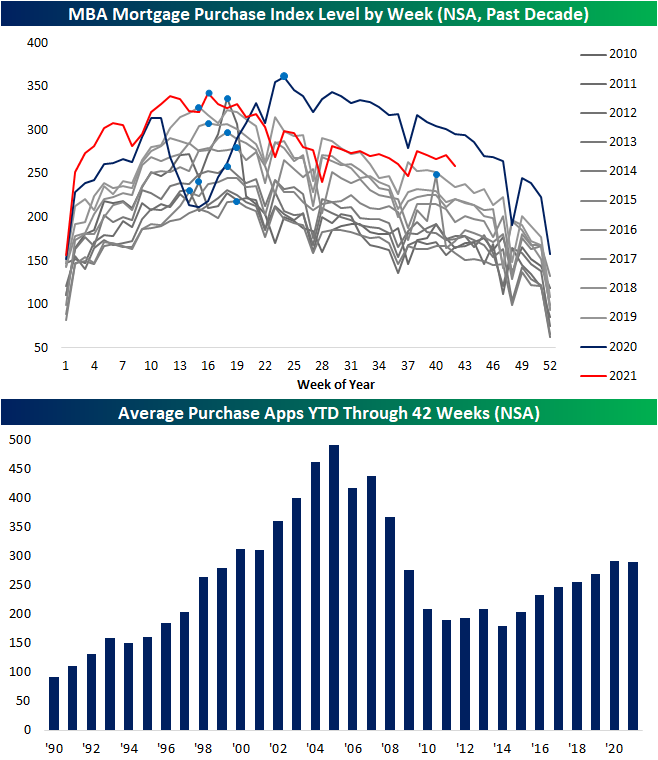 Refinance activity has also rolled over after moving higher in the summer.  In fact, this week marked the fourth week in a row with a decline. In that span, this week and two weeks ago marked the largest declines of 7.12% and 9.58%, respectively.  Those now leave the index just off recent post-pandemic lows set in early July. 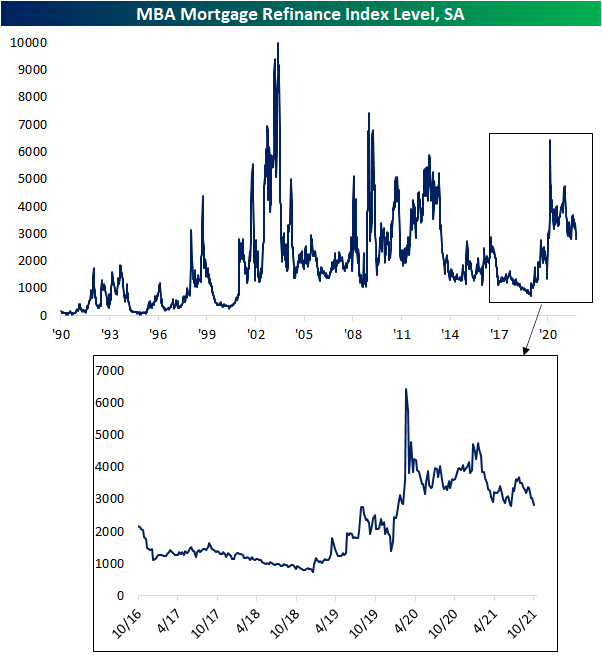 Mortgage rates are certainly one factor contributing to the recent rollover in mortgage activity.  As shown below, the national average for a 30-year fixed-rate mortgage is still at historic lows but is now off the lows. This rate bottomed in early August, and the end of last month saw a particularly significant leap higher.  Currently, the rate stands at 3.18% versus 3.00% one month ago. Click here to view Bespoke’s premium membership options. 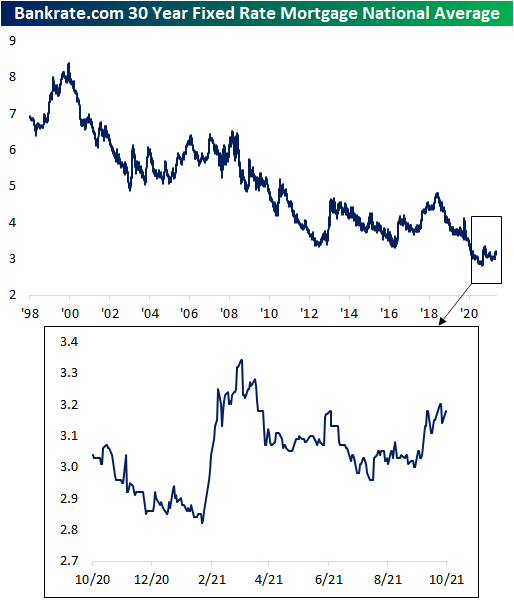