More Than Meets the Eye to Fifth District Manufacturing

The fourth of the five regional Fed manufacturing surveys was released this morning from the Richmond Fed.  The Manufacturing Composite held firm at 14 in February, unchanged from January but worse than the expected 1 point uptick that was penciled in by economists. Even though it did not live up to forecasts, that reading is still healthy and indicative of continued growth in the region’s manufacturing economy. 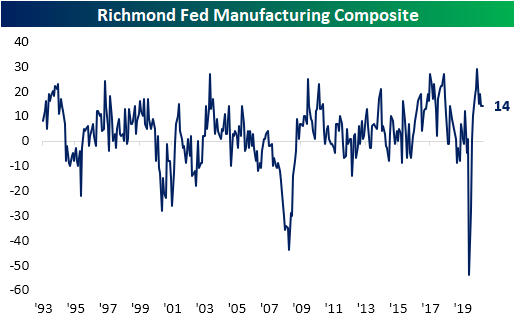 Although there was no change in the headline number, under the hood, there were some more interesting moves.  Breadth in this month’s report was generally positive with only the indices for New Orders, Local Business Conditions, Raw Materials Inventories, and Availability of Skills lower month over month.  The latter two categories not only are in contraction after the past month’s decline but are also now at record lows; neither of which is necessarily a bad thing.  The only indices in contraction are for Services Expenditures and Inventories for both Finished Goods and Raw Materials. 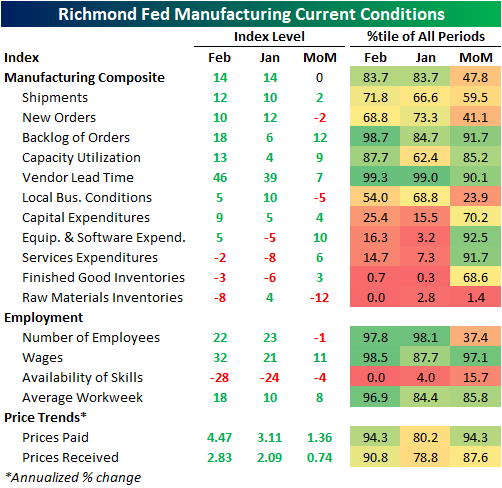 While the New Orders index was lower, it remains at a healthy level consistent with growth.  While new demand slowed down slightly, Shipments, Vendor Lead Times, and Order Backlogs were all higher.  For the index of Backlog Orders, the 12 point increase was the highest month-over-month increase since June and July when the index rose 19 points two months in a row.  Now at 18, the index is also tied with November of 2017 and March of 2004 for the third-highest reading on record. Only May 2000 and June 1994 have seen higher readings of 19 and 25, respectively.

Vendor Lead Times are at an even more notable high.  Higher readings in this index mean products from vendors/suppliers are taking more time to reach their destination while lower readings mean shorter lead times.  The index rose another 7 points to 46 this month. The only higher readings in this index came in the early days of the survey back in January 1996 and December 1994 when those readings were 75 and 282, respectively. Putting all of this together, new orders continue to grow leading to further growth in backlogs, and although businesses are shipping their products, some supply chain issues are constraining things. 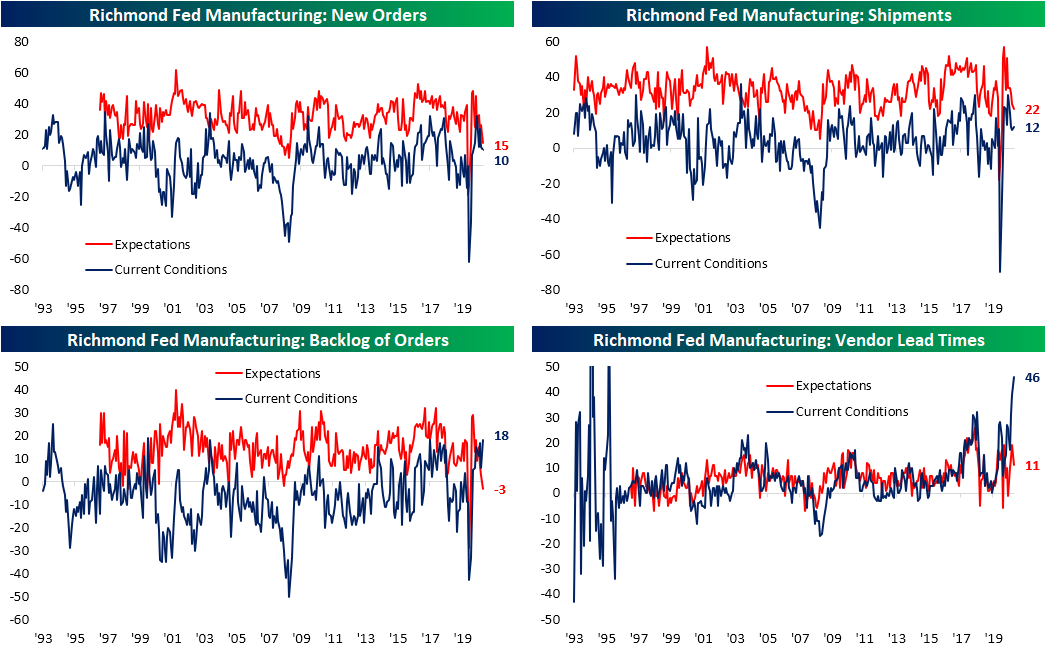 In turn, prices are on the rise.  Prices paid were up 4.47% annualized while prices received were up a more modest 2.83%.  For prices paid, that is the most prices have accelerated since April 2019 when they were up 5.3% annualized. Higher readings in the expectations indices for both of these indicate that the region’s manufacturers are expecting these price increases to continue in the future. 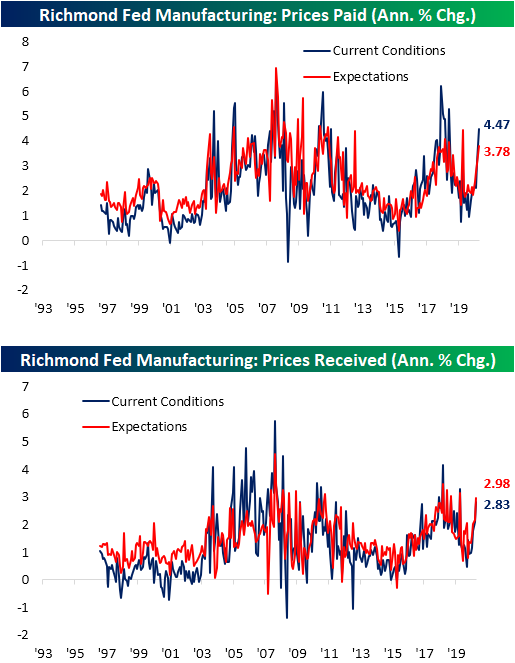 The report painted a pretty positive picture concerning employment as well.  While employment growth slowed a bit with the index for Number of Employees falling one point to 22, the index remains in the top 3% of all readings while the index for expectations for Number of Employees is in the top 1% of all months. Additionally, one potential reason for the decline in February’s reading of current conditions appears to be a lack of labor. The index for the Availability of Skills reached a record low of -28 in February.  Given this, wages were higher back up to the same level as December. Click here to view Bespoke’s premium membership options for our best research available. 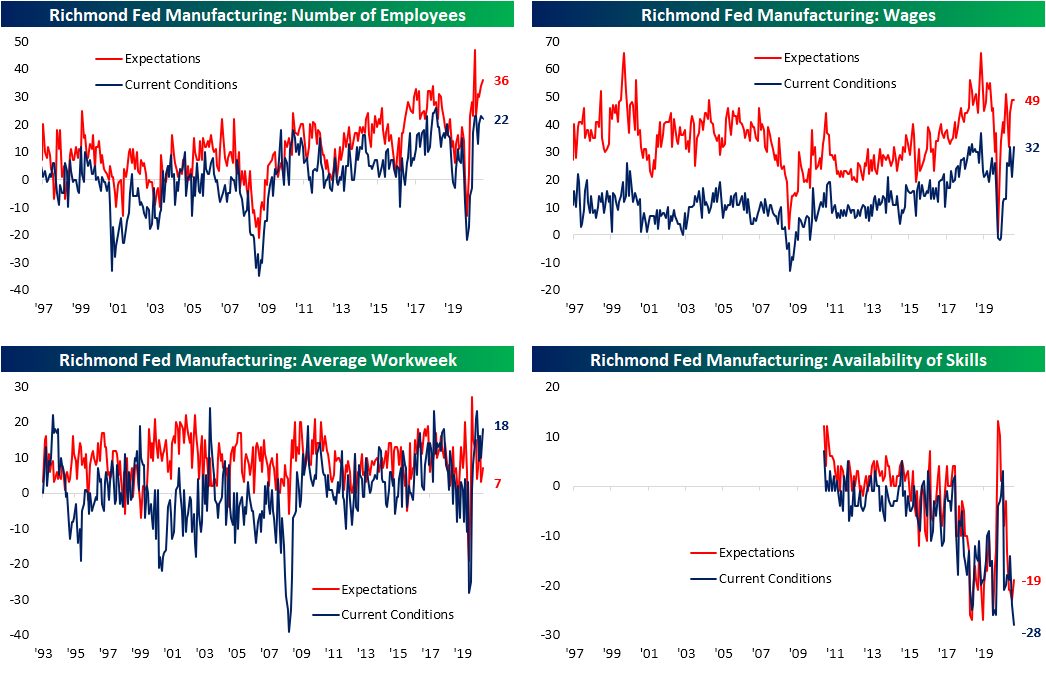