Piggybacking off of another contractionary reading in the Empire Fed survey yesterday, the neighboring Philly Fed’s Manufacturing survey also saw its headline reading print a negative number for June.  The index for General Business Conditions has fallen sharply over the past three months, now having shed 30.7 points in that time.  This month was the smallest month-over-month drop of those months, though, with the index falling from a barely expansionary reading of 2.6 in May to -3.3. Despite the small drop, that is still the first negative reading since May 2020. As for expectations, this month also saw the index fall into contractionary territory, a first since December 2008. 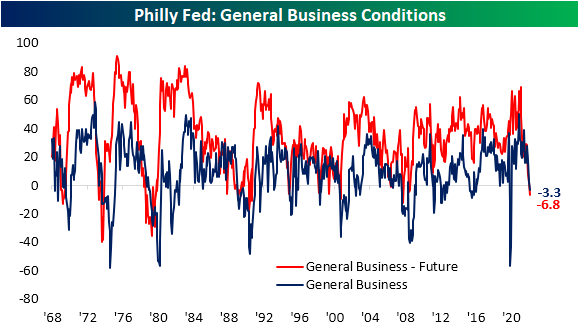 Whereas the Empire Fed report had some silver linings with pretty mixed breadth, this report saw large and broad declines across nearly all categories.  Multiple month-over-month moves ranked in the bottom few percentiles of all monthly changes on record in data going all the way back to 1968.  There were also three indices (excluding the headline number) that fell from expansion into contraction. 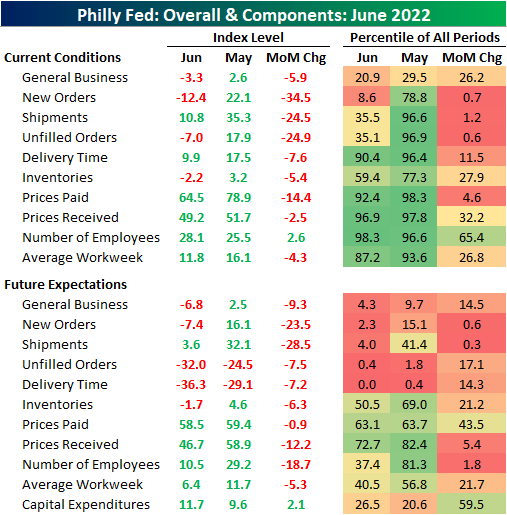 Following up on a retail sales report yesterday that showed the US consumer has cooled off, regional Fed reports are also showing decelerating demand; perhaps even more dramatically so.  The Philly Fed’s New Orders index not only fell into contraction and the weakest levels since the spring of 2020, but the 34.5 point decline month over month ranks in the bottom 1% of all monthly moves on record.  In fact, that move was large enough to bring the index from the top quartile of its historical range all the way down to the bottom decile.  Shipments and Unfilled Orders did not see drops down to quite as extreme levels, but each one went from the 96th percentile to 35th percentile in just one month.  Again, their month-over-month declines were some of the largest on record. 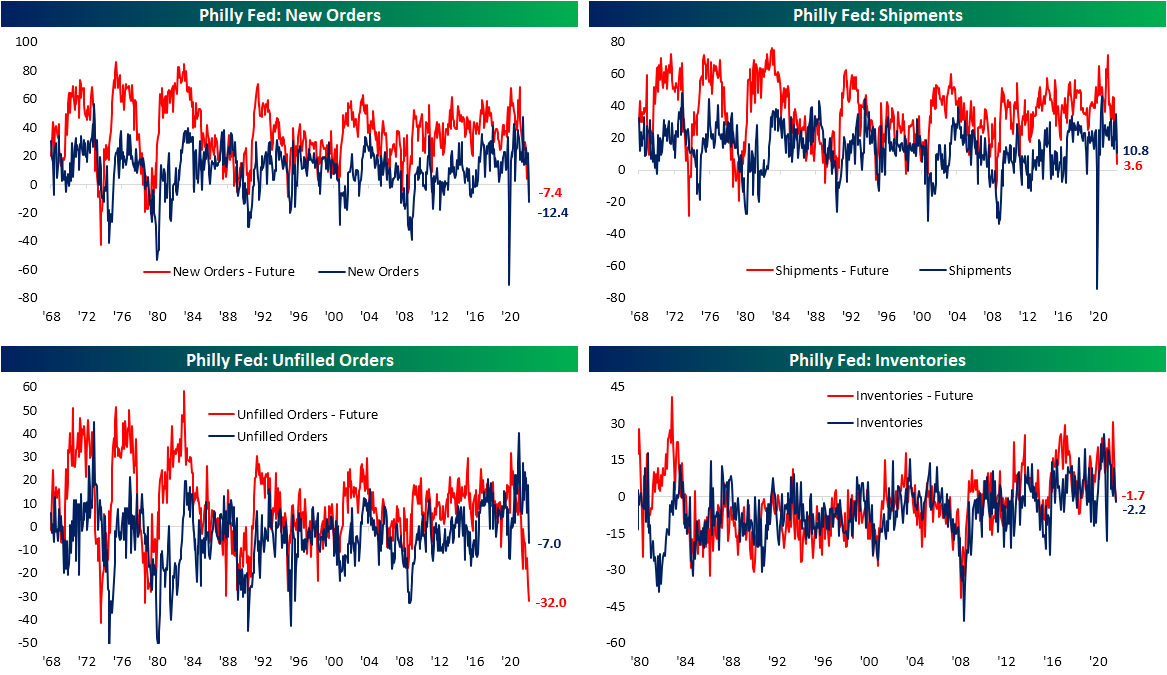 As we noted yesterday with the Empire Fed Manufacturing report, the decline in unfilled orders is both bad and good. With regard to the former, it is bad because it appears to in part be due to cooling off of demand. But on the bright side, it also appears to be thanks to massive improvements in supply chains.  Not only did the current conditions index for Delivery Times fall sharply in June, but expectations have completely collapsed bringing it to a record low. 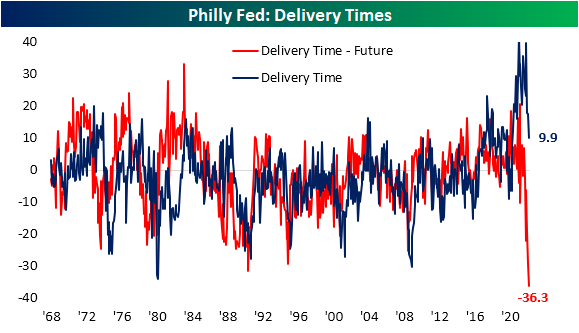 Another welcome sign of the report was cooling inflation as fewer respondents reported higher Prices Paid and Prices Received.  Both of these readings have plateaued in recent months alongside expectations. 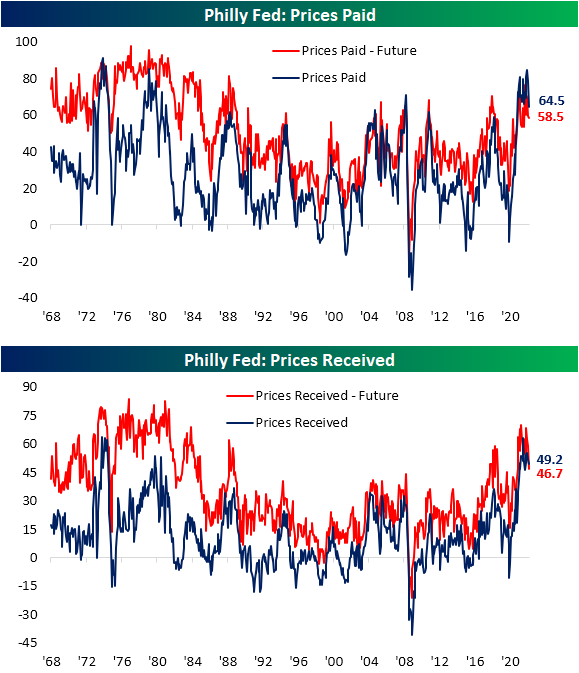 Employment metrics were mixed this month with the Number of Employees rebounding slightly after a big drop the prior month.  Expectations, on the other hand, saw a massive 18.7 point decline.  Not only was that one of the biggest declines on record but it follows two other sizeable declines in April and May. That indicates the region’s firms are expecting that hiring will moderate significantly in the coming months.  Meanwhile, the Average Workweek has been pulling back with current conditions still at a historically healthy level. Click here to learn more about Bespoke’s premium stock market research service. 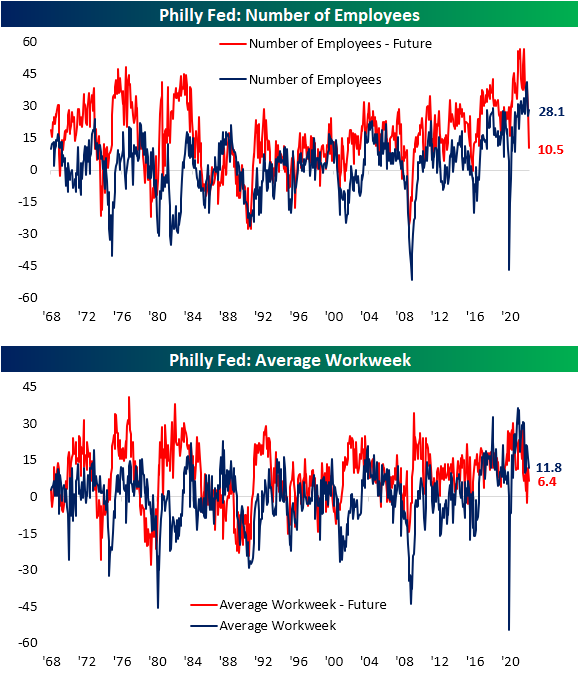