More of the Same From Jobless Claims

The Nonfarm Payrolls report for the month of June cast a shadow on other labor data, but we did also get weekly jobless claims this morning.  While the NFP numbers saw a massive improvement from last month and beat relative to expectations, today’s weekly jobless claims were not as strong.  This morning’s release saw more of the same with claims in fact lower, but by a lesser degree than prior weeks since the peak. Seasonally adjusted claims came in at 1.427 million which was lower than last week’s upwardly revised (by 2k) 1.482 million claims but above expectations of 1.3 million.  That marked a thirteenth consecutive week in which claims have fallen, the longest streak on record, and the third week in a row higher than expectations. Additionally, as we have been highlighting the past several weeks, although claims have been declining for a record amount of time, the rate of improvement has slowed considerably.  Over the past three weeks claims have fallen 46.3K/week on average.  That compares to a much larger average decline of 530K/week over the first ten weeks of the current streak. Granted, the level of claims has also dropped sharply, but even as a percentage the pace of decline has slowed. 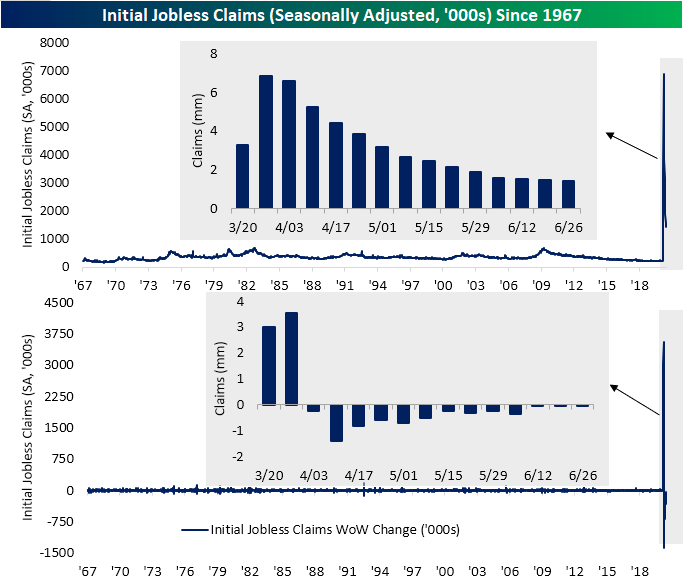 As for the nonseasonally adjusted data, the same can also be said. By this measure claims have dropped for twelve straight weeks now, coming in at 1.445 million this week.  Just like the seasonally adjusted data, there has been a slowed rate of improvement as non-adjusted claims have only seen single to double-digit declines (in ‘000s) in recent weeks compared to much stronger triple-digit declines in the first weeks of the declines off of the peak in claims in April. 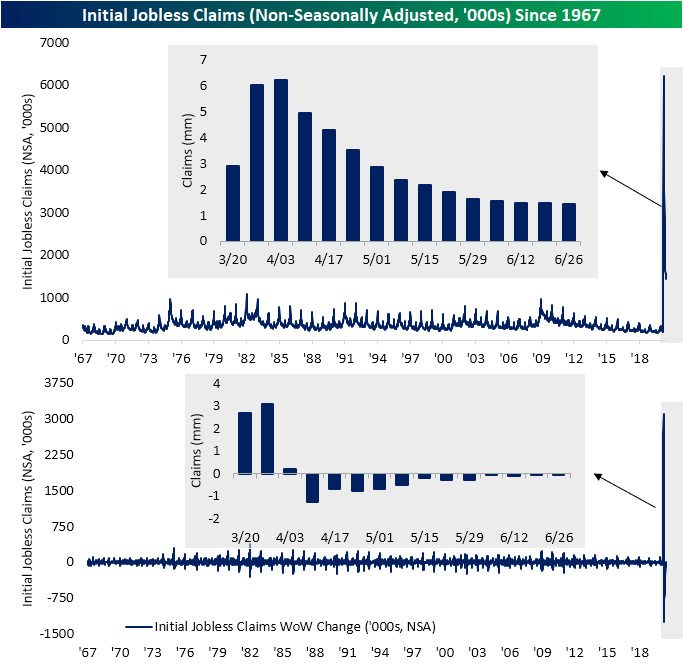 Taking a look at the four-week moving average is another way of showing this.  Currently sitting at 1.5 million, the four-week moving average fell 117.5K this week which was the smallest improvement week over week since the pandemic began.  Additionally, although claims by this measure have fallen for 10 straight weeks, each of those weeks has seen smaller and smaller improvements even as jobless claims continue to come in in the millions. 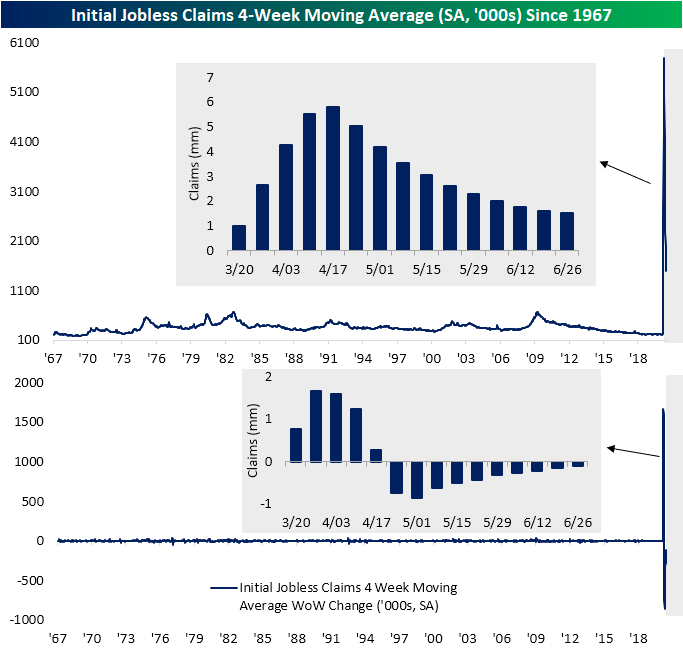 There was one other con to this week’s data: continuing claims ticked higher to 19.29 million. That was only the second time that continuing claims have risen week over week since the peak on May 8th. The other week that claims rose was May 22nd.  This week’s increase is not a glaring negative as the increase was very small at just 59K but is worth highlighting nonetheless.  That is actually the smallest weekly move in continuing claims (either positive or negative) since a 3K increase in the first week of March. Click here to view Bespoke’s premium membership options for our best research available. 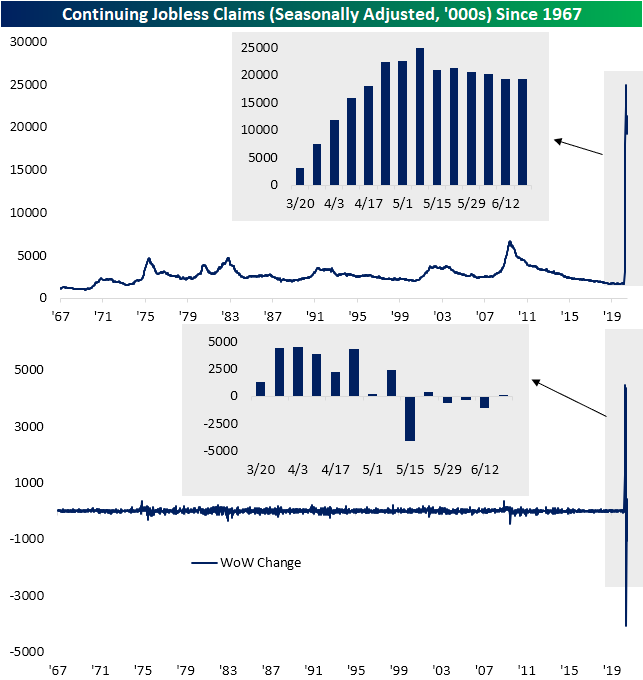