Initial jobless claims matched expectations at 375K this week. That is a 12K decline from last week’s upwardly revised level of 387K (originally 385K) while also marking the third week in a row in which initial claims have fallen.  Additionally, that brings claims to the lowest level since the start of the pandemic. 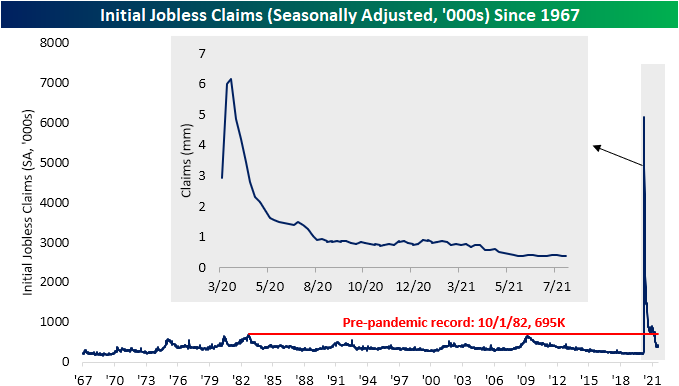 Taking into account both unadjusted regular state and pandemic unemployment assistance (PUA) programs, claims were actually slightly higher this week.  Combined claims rose from 420.13K to 425.07K.  Albeit higher, that is still the second-lowest level of the pandemic period. The slight increase was entirely a result of PUA claims which rose by nearly 10K. Most of that increase was on account of a 6K increase in Michigan. Meanwhile, non-seasonally adjusted regular state claims continue to have seasonal tailwinds, falling by 5.2K. 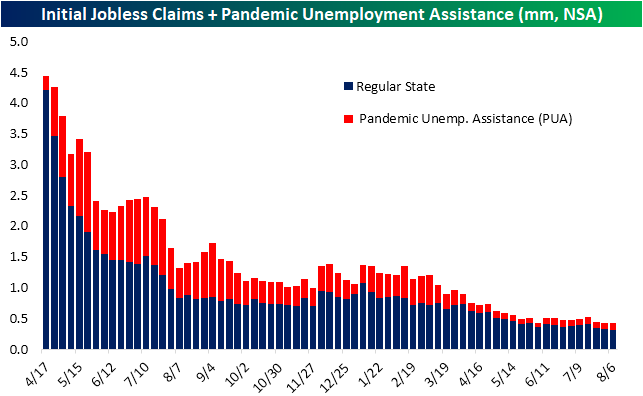 Continuing claims showed further improvement falling to 2.866 million at the end of July versus 2.98 million the prior week.  With back-to-back declines, continuing claims are once again at pandemic lows.  Florida, Texas, and New Jersey were the states to report the largest declines. 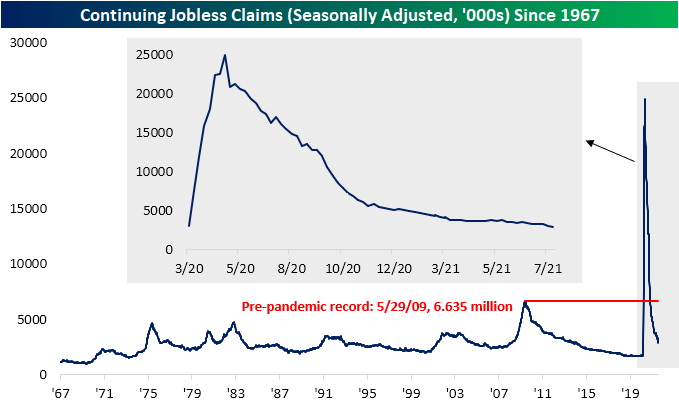 Including all programs adds another week’s lag to continuing claims meaning the most recent print is through the week of July 23rd. Total combined claims fell to 12.07 million that week with sizable declines across programs.  Pandemic Emergency Unemployment Compensation (PEUC) saw the largest decline with claims falling 393.6K that week, and PUA and regular state claims were also not far behind with over 300K declines of their own. Those offset a 159.2K increase from the extended benefits program. Overall, while continuing claims broadly continue to trend lower, there are still 8.7 million claims between pandemic programs (PUA and PEUC) now with less than a month until the programs’ expiration.  Click here to view Bespoke’s premium membership options. 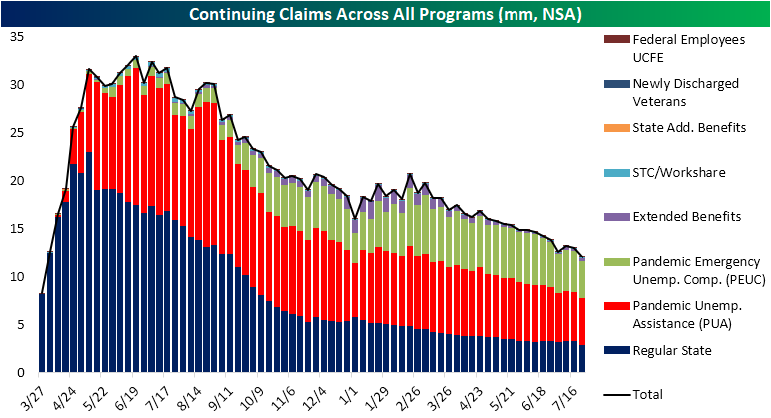 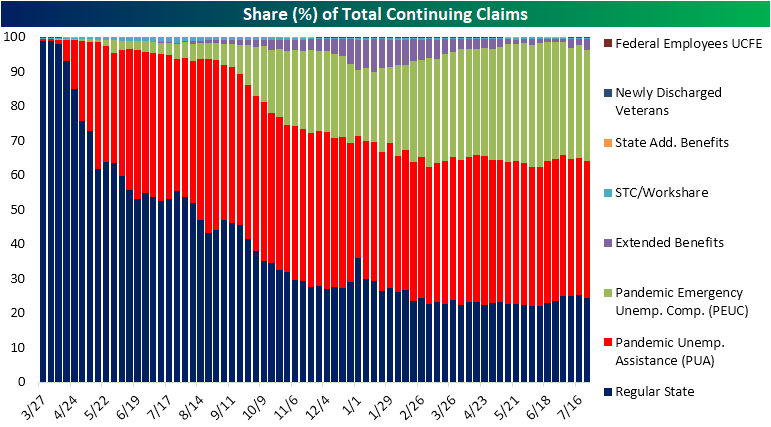