Included with each day’s Morning Lineup and Closer is our Daily Sector Snapshot which offers a look across the internals of the S&P 500 and its eleven individual sectors. One such indicator covered is the net percentage of stocks reaching new 52-week highs. This is essentially the difference between the number of stocks that closed at a 52-week high and 52-week low for a given day.

Typically you would want to see positive readings as it would indicate more positive momentum. For multiple sectors, this reading has begun to spike up recently.  Perhaps the most obvious of these is for the Communication Services sector which topped out at 30% about one week ago as many of its stocks have recently outperformed including some of the largest like Facebook (FB) and Google’s parent company Alphabet (GOOGL).  For this sector, these were by far the highest new-high readings of the past year.  The Technology sector likewise peaked at over 30% last week although for this sector such readings have more precedence in the past year. Similarly, Consumer Staples, HealthCare, and Financials have also begun to pick up over the past several days. While these are working their way back up to similar readings to a few weeks ago, the Utilities sector has begun to see some of the highest number of net new highs since the fall. At the current moment, the Materials sector is the only one with more 52-week lows being made than 52-week highs.  Start a two-week free trial to Bespoke Institutional to get our Closer, Morning Lineup, and Daily Sector Snapshot. 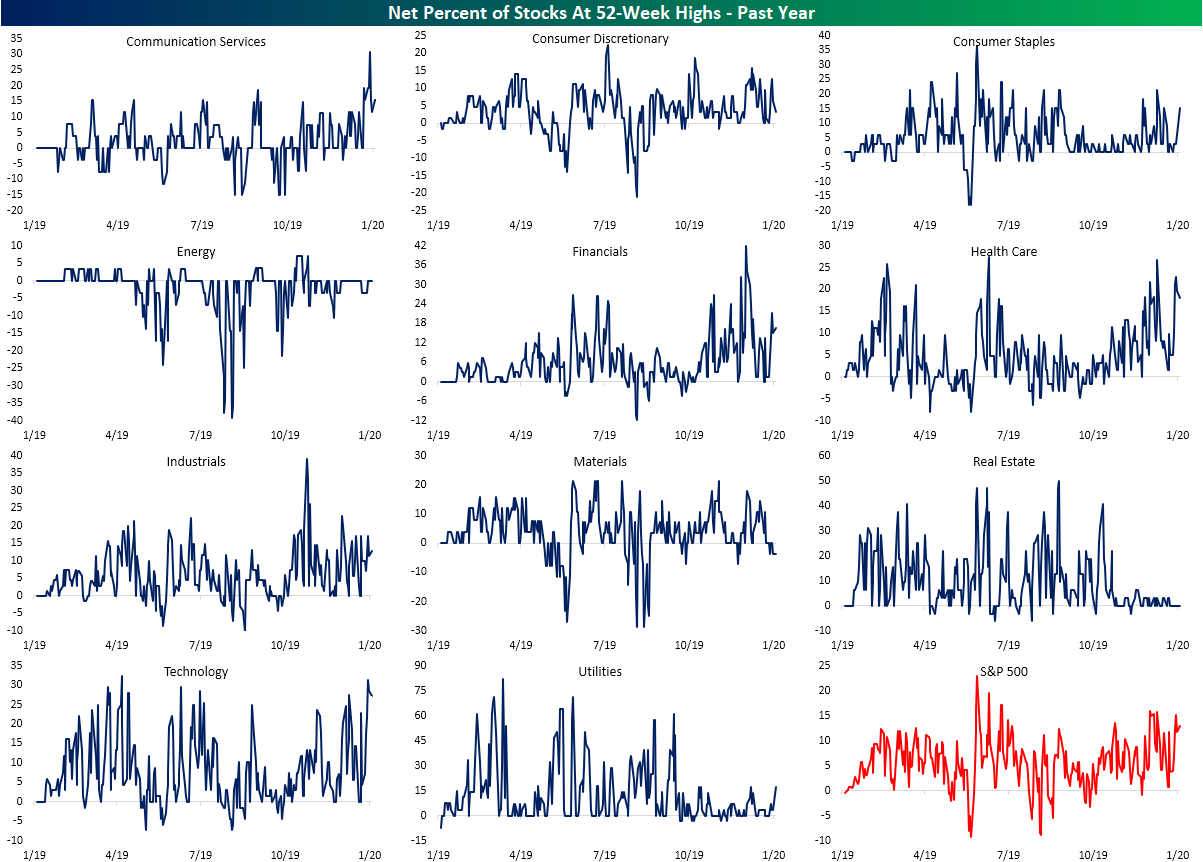