There was a lot to like in this morning’s jobless claims release.  For starters, claims beat expectations falling to 779K rather than the forecasted decline to only 830K.  Additionally, last week’s number was revised down by 35K to 812K compared to the original 847K number.  This week, claims fell for a third week in a row with the 33K decline bringing the total drop to 148K over the past three weeks since the high of 927K. While there is still plenty of room for further improvement given claims remain well above the pre-pandemic record high of 695K, at 779K claims are now at the lowest level since the last week of November’s level of 716K which was also the second-lowest reading of the pandemic behind November 6th’s 711K print. 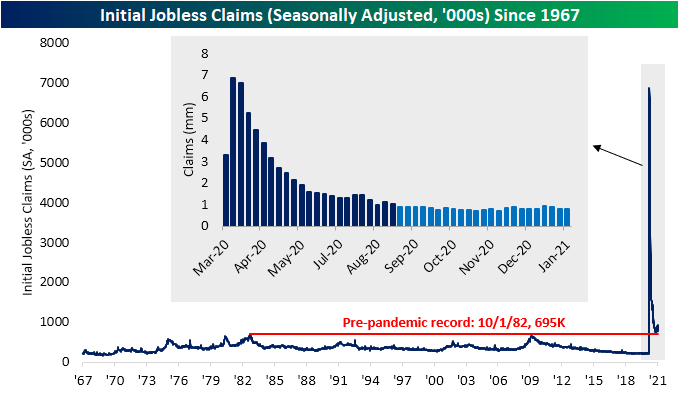 On a non-seasonally adjusted basis, claims have also dropped sequentially for three weeks in a row.  Unadjusted claims have now fallen by nearly 300K since the high of 1.113 million in the second week of the year.  Now at 816.2K, non-adjusted claims are at the lowest level since the last week of November. As we have noted the past couple of weeks, falling claims are normal for this time of year with last week (the fourth week of the year) and the previous week (the third of the year) historically having seen claims lower week over week 90.74% and 100%, respectively, of the time all years since 1967.  Turning to the current week of the year, there is not as consistent of a trend as the past couple of weeks, but historically claims have moved lower more often than not. 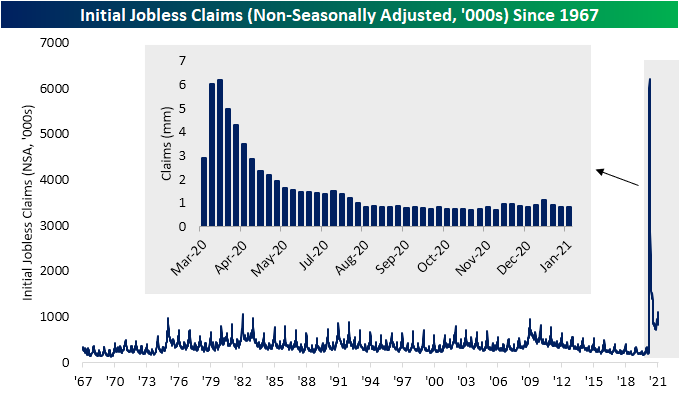 Even including PUA claims, total initial jobless claims dropped this week.  Alongside the 23.535K decline in regular state claims, PUA claims fell by 54.68K. In total, this week saw 1.165 million claims between the two programs, down from 1.243 last week marking a continued return towards the low of just above 1 million at the end of October. 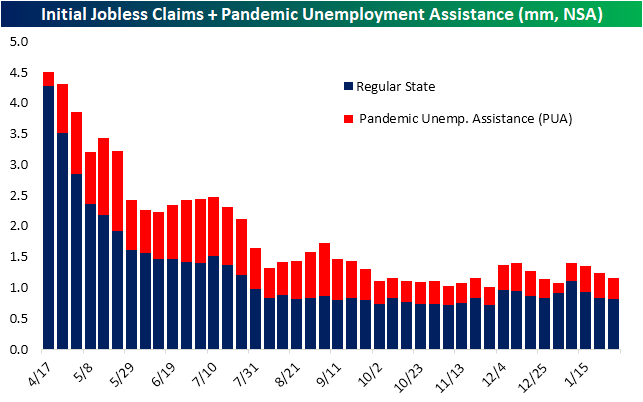 As for continuing claims which are lagged an additional week to initial claims, the declines keep coming.  Continuing claims totaled 4.592 million this week, down 193K from the prior week’s upwardly revised reading. Like initial jobless claims, that was better than the expected reading of 4.7 million and also set a new low for the pandemic. 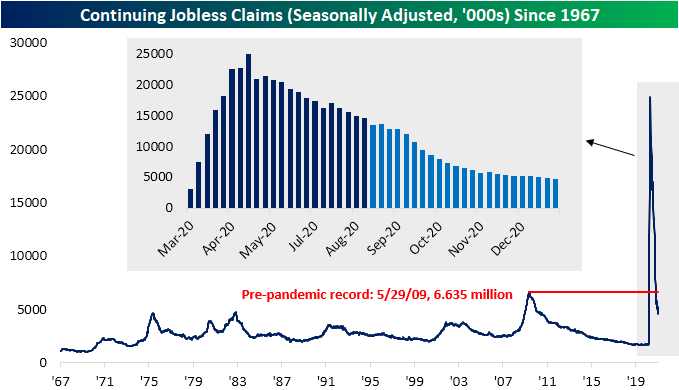 Including all programs adds another week’s lag but for the week of January 15th, total claims across all programs declined to 17.87 million from the prior week’s spike higher to 18.359. Most programs contributed to that decline with the biggest contribution coming from the Pandemic Emergency Unemployment Compensation (PEUC) program which saw claims fall by 289.91K. Outside of the first week of the year when this program fell by over 1 million (likely due to benefits expiration at the end of 2020 and other discrepancies as a result of the timing of the spending bill) that 289.91K decline was the largest week over week drop on record. Despite that decline, a 197K uptick in the Extended Benefits program made for a new high in the extension programs’ share of total claims. Click here to view Bespoke’s premium membership options for our best research available. 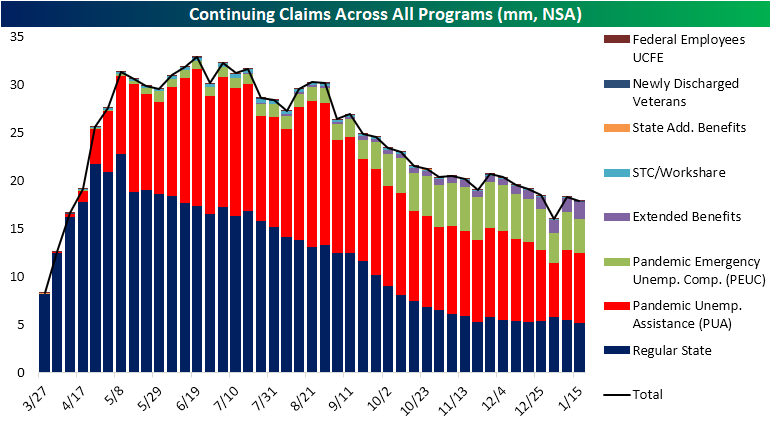 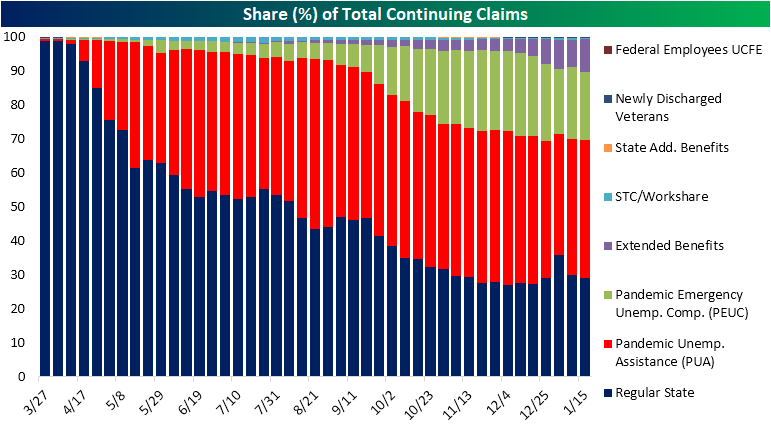