Even though equities have hit the pause button on the rally off of the late spring lows over the past few days, there have been some monster moves across a number of Russell 3,000 stocks. In the table below, we show the Russell 3,000 members that had at least been cut in half from the time of the index’s high on January 3rd through the low on June 16th followed by a rally of at least 100% since that June 16th low through today.  In total, there are 35 stocks that have seen such moves, the majority of which are small cap and Health Care names (many of those being in the biotech sector which we exclude in the second table below). The two largest names to have experienced such a move have been Roblox (RBLX) with a market cap of $29 billion and AMC Entertainment (AMC) with a market cap of $11.5 billion.

As for where those rallies have left these stocks, only two are within reach of 52-week highs: Convey Health Solutions (CNVY) and Kura Sushi (KRUS).  The former is only near a 52-week high due to the stock being an acquisition target recently while KRUS has more honestly been reaching 52-week highs.  Aside from those two, the only other stock above the median price of the past year is Seritage Growth Properties (SRG) and that is even with each one of these stocks more than doubling since their 52-week lows. The largest rally has been a 310% run from SkyWater Technology (SKYT).  Given the size of these moves and the fact that some of these stocks have at times in the past year fallen near or into the penny stock category, the range between 52-week highs (many of which occurred in the fall of last year or earlier) and 52-week lows (most of which were set in the late spring) are enormous with readings upwards of almost 4,000%. Click here to learn more about Bespoke’s premium stock market research service. 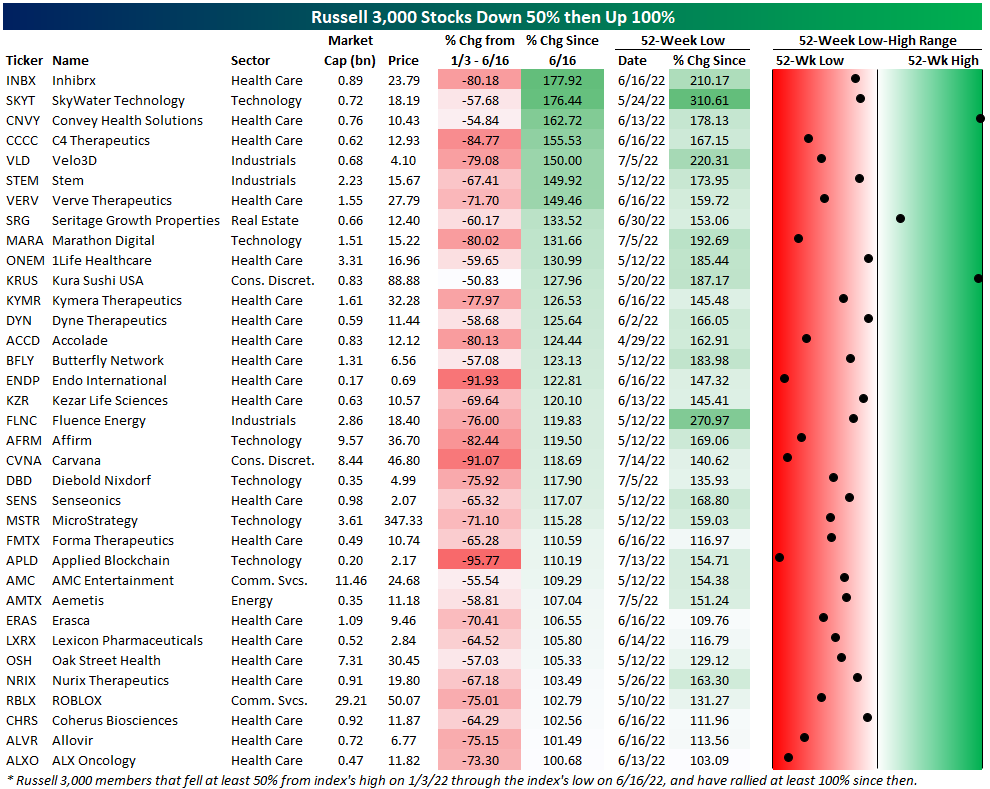 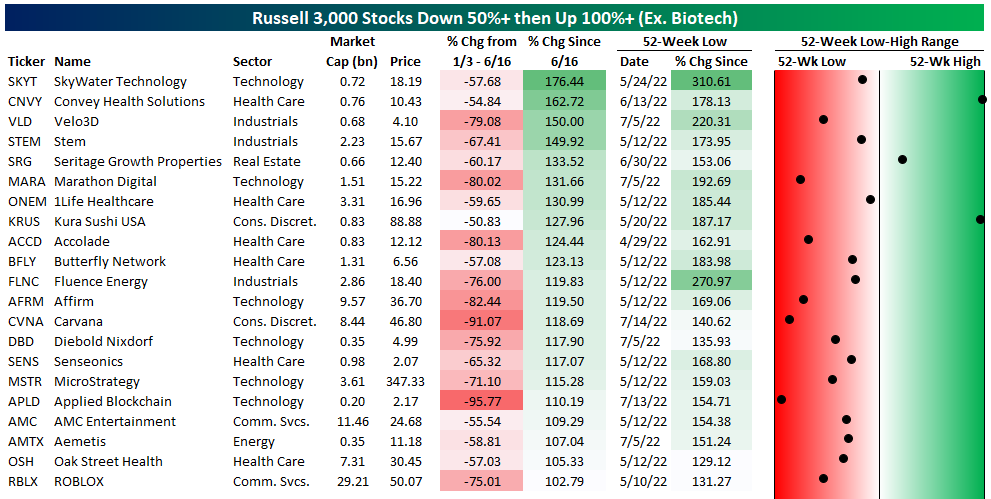