As could have been expected in the midst of a global pandemic, one of the most rapidly growing companies has been vaccine producer Moderna (MRNA).  As shown below, since the start of the year, the company has seen its market cap nearly quadruple to $162.2 billion; that is the largest growth in market cap of any S&P 500 stock year to date. In fact, those big gains saw MRNA go from the 162nd largest S&P 500 stock at the end of last year to the 58th largest today.  And that compares to pre-pandemic (the end of 2019) when MRNA was only valued at $6.52 billion. While it was not part of the index back then, MRNA would have been the eighth smallest S&P 500 stock at the time with that market cap. That massive growth now leaves the stock as the tenth-largest company of all S&P 500 Health Care stocks with the next largest being Medtronic (MTD).  While there are a handful of larger stocks in the Health Care sector, again, no others have seen as rapid of growth. With that said, other vaccine-related stocks like Pfizer (PFE) and Johnson and Johnson (JNJ) have also seen significant market cap growth. 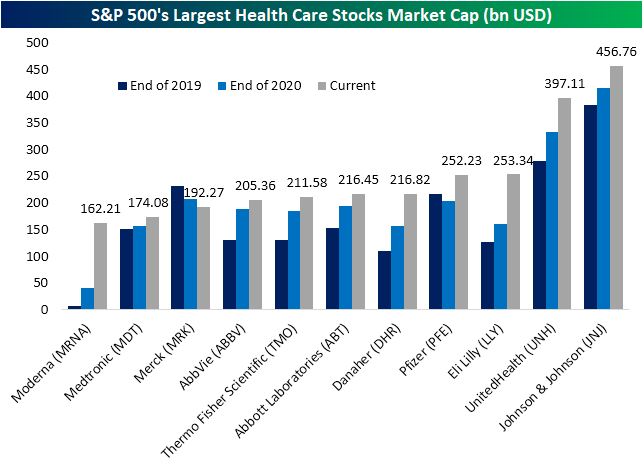 MRNA joined the upper echelon of Health Care market caps in a very short span of time.  As shown in the second chart below, since its IPO in late 2018, MRNA has risen nearly 2,000%. Of the ten other largest S&P 500 Health Care stocks, the next best performer has been Danaher (DHR) with just under a 200% gain in that same span of time.   Click here to view Bespoke’s premium membership options. 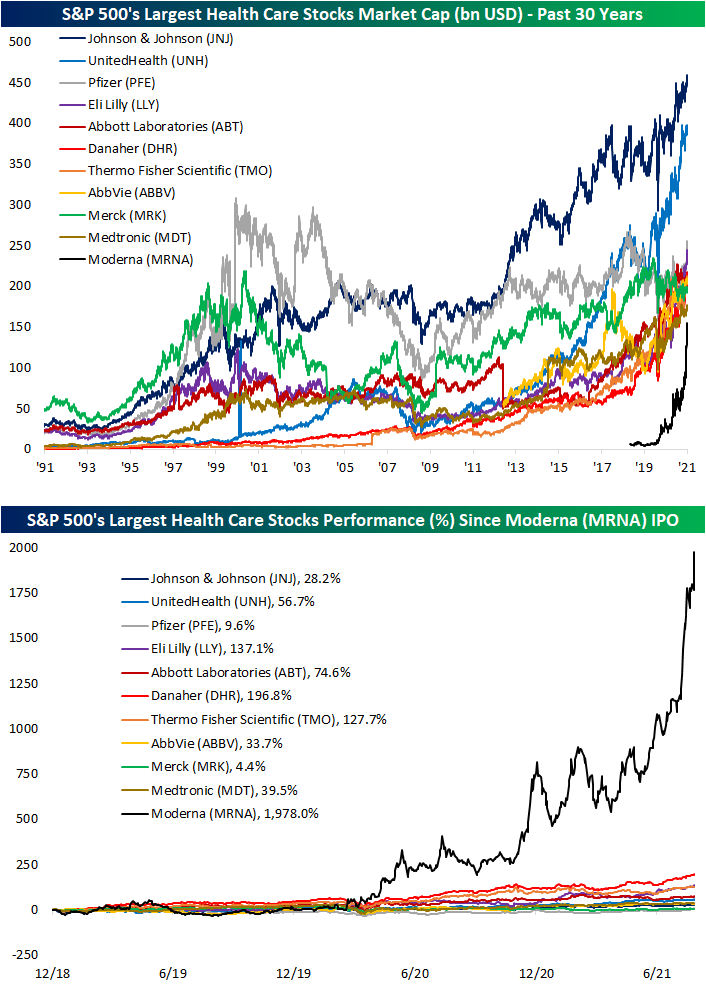