Last week, there was a reporting error in weekly sentiment from the AAII. To account for this, the previous week’s readings (week of January 7th) have been adjusted. This week, reporting is back to normal with bullish sentiment coming in at 42.5%. That is down from the prior adjusted reading of 45.2%. Bullish sentiment has now fallen twice in a row and is at the lowest level since the first week of November. Granted, that is still elevated at 4.5 percentage points above the historical average. 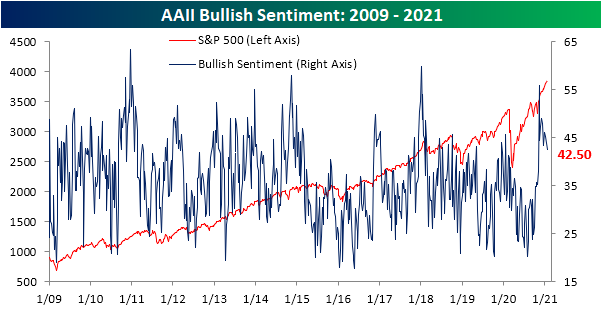 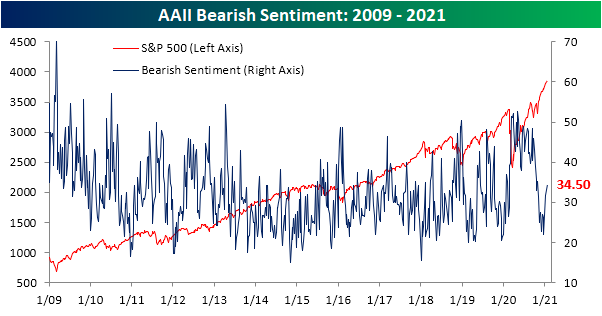 With the inverse moves in bullish and bearish sentiment, the bull-bear spread has continued to moderate.  This week it sits at 8 which is the lowest reading since the first week of November. Even though it has moved lower, this week was the eleventh consecutive week in which the spread was positive meaning bullish sentiment has outweighed bearish sentiment. This week’s reading is slightly higher than the historical average reading of 7.35 indicating that overall sentiment continues to favor optimists but not to as historically extreme of a degree as the past couple of months. 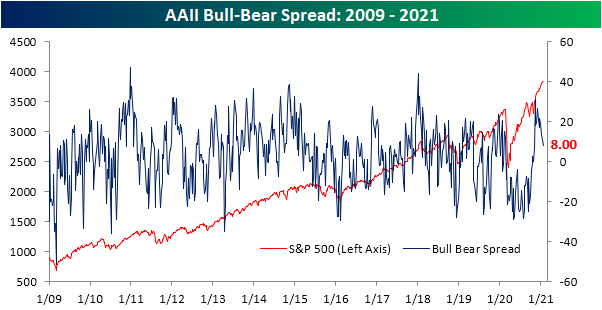 With bullish and bearish sentiment experiencing nearly identical sized moves, neutral sentiment went little changed this week falling 0.1 percentage points.  At 23%, neutral sentiment has declined in back to back to back weeks and is now at the lowest level since the week of November 12th when it dipped below 20%. Click here to view Bespoke’s premium membership options for our best research available. 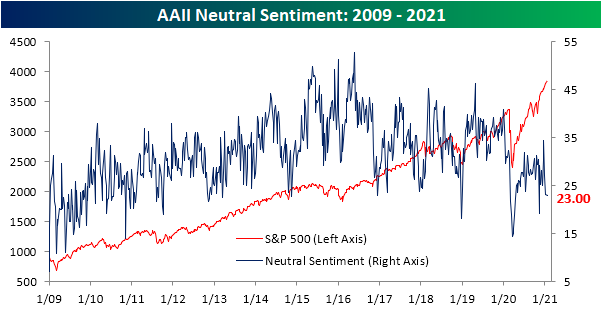