Mixed Claims Picture Based on Program

Initial jobless claims were expected to fall to 680K this week, which would have been just 22K above the pandemic low set two weeks ago.  Instead, claims ticked higher for a second week in a row to 744K. Additionally, last week’s print of 719K was revised higher to 728K. 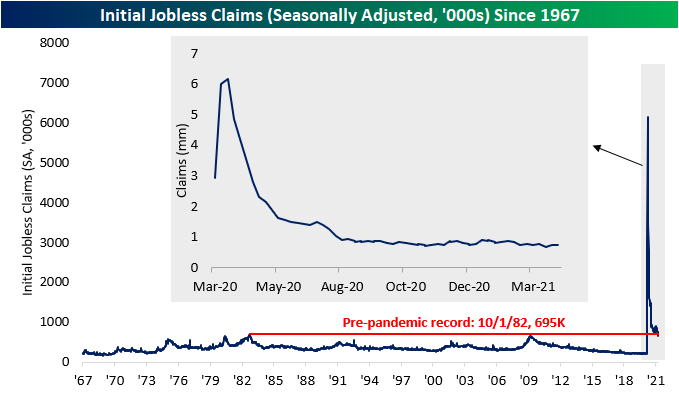 On a non-seasonally adjusted basis, the current week of the year (14th week) typically sees a higher reading in jobless claims. In fact, since 1967 when the data begins, the current week of the year has seen a week over week increase in initial claims 88.9% of the time. Of all weeks of the year, it is the third most consistent in experiencing higher claims.  Given this seasonality, unadjusted claims rose 18.2K from last week. Although higher sequentially, that is still at the lower end of the past year’s range.  Pandemic Unemployment Assistance (PUA) made up for that weakness, though.  PUA claims fell by over 85K to a new pandemic low of 151.75K.  That meant on a combined basis (regular state claims plus PUA claims), initial jobless claims were just slightly above the past year’s low from two weeks ago. 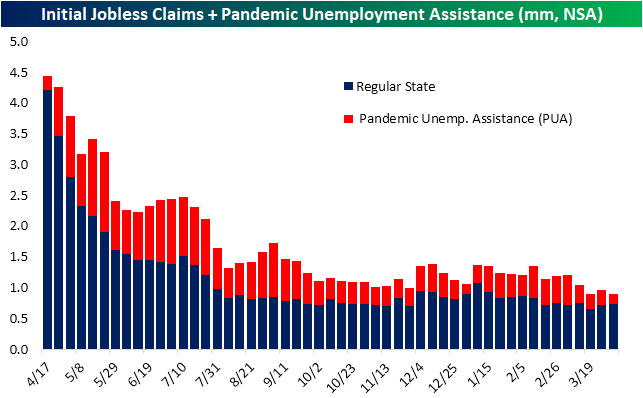 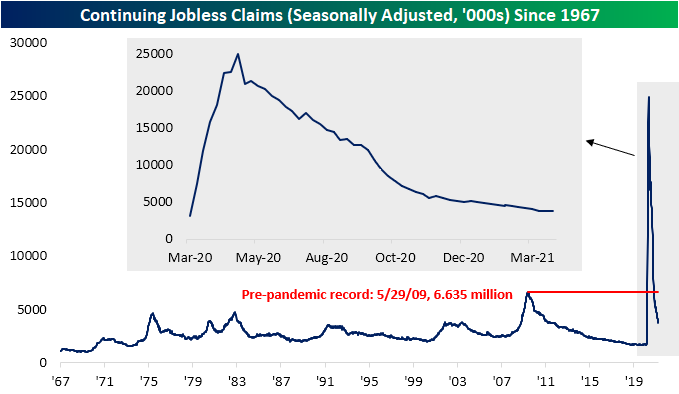 The most recent data factoring in all other unemployment programs is through the week of March 19th. Total claims were somewhat flat for that week with only a small decline from 18.249 million to 18.196 million.  Big declines in regular state claims (-134.5K) and the Extended Benefits program (-230.78K) were largely offset by sizeable increases in PUA claims (+203.29K) and Pandemic Emergency Unemployment Compensation (+117.11K). In other words, the picture can be painted as improving or more of the same depending upon which program you are looking at.

In the past, we have noted the changing composition of continuing jobless claims with extension-based programs like Extended Benefits and PEUC taking up an increased share of total claims. For the most recent week, that picture is a bit mixed up.  While the 230.78K decline for the Extended Benefits program meant these claims fell to the lowest since early December at 787K, PEUC claims (which is also a larger program with 5.6 million claims) were higher and in the middle of the past several weeks’ range. Together, these two extension programs’ share of total claims has peaked for the time being but still account for over 35% of total continuing claims. Click here to view Bespoke’s premium membership options for our best research available. 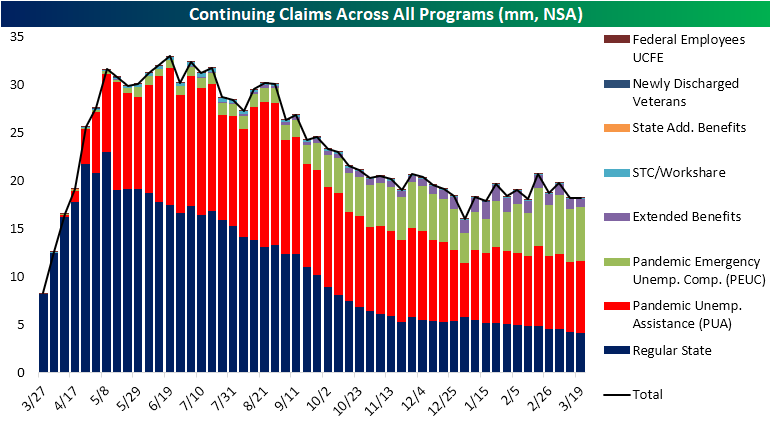 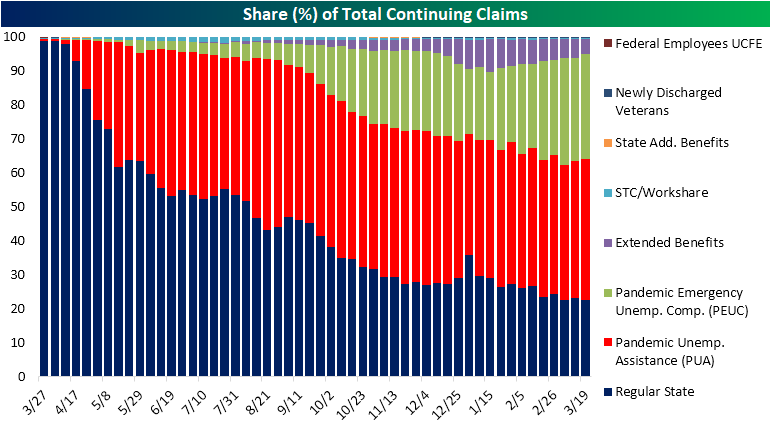