Going through the charts of gold, silver, and copper this morning, it’s ironic to see that in terms of both their performance over the last year, and over the longer term, their returns rank in the same order as their medal order in the Olympics.  Starting with gold, it has been a strong year for the precious metal with a gain of about 25%.  In recent weeks, though, we’ve seen a bit of a sideways pattern.  Today, gold is trading up about 1%, and after two prior attempts at a breakout, it is once again testing resistance right below the $1,800 per ounce level. 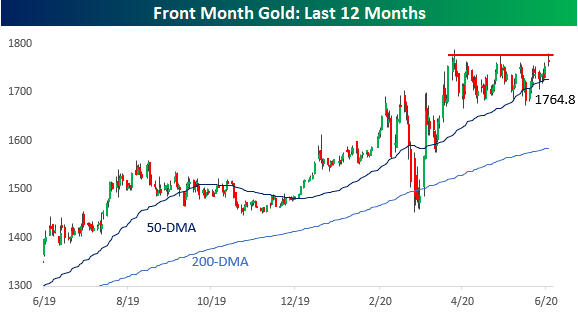 Even if gold doesn’t break out above recent intraday highs, on a closing basis, it’s pretty much right at its highest levels since October 2012 but still below its closing peak of 1,889.70 back in August 2011. 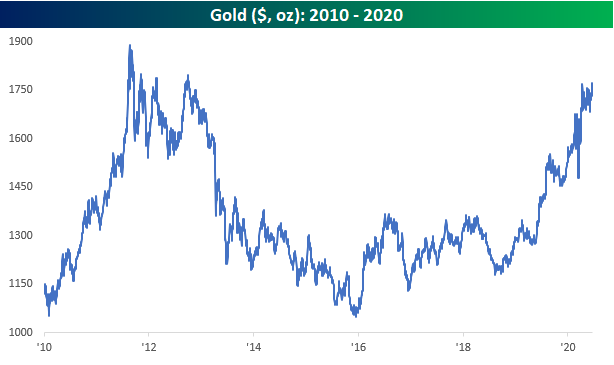 Silver gets the silver medal with its 17% gain over the last year.  Like gold, silver is also dealing with a good amount of resistance over the last year as the high $19/low $19 level has been a barrier to the upside on multiple occasions. 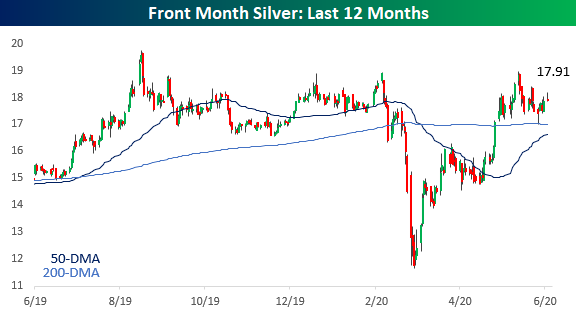 Unlike gold, which is near eight-year highs, silver is well off the extreme highs it saw early in the last decade.  Back in 2012, silver was trading above $30 per ounce and traded just shy of $50 back in April 2011.  Since 2014, silver has been in a relatively tight range with upside capped at around $20. 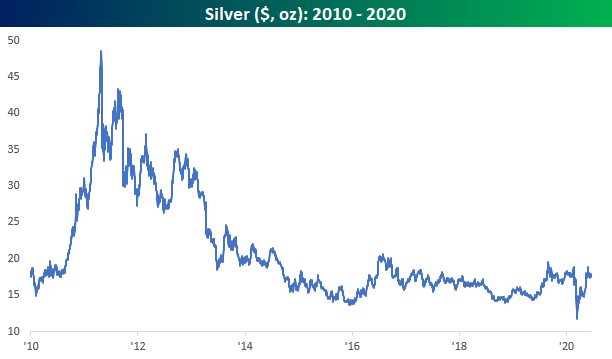 Trailing gold and silver for the bronze medal, copper prices are much further below their highs of the last year.  At the current price of $265.2 per pound, copper is down nearly 2% over the last year. 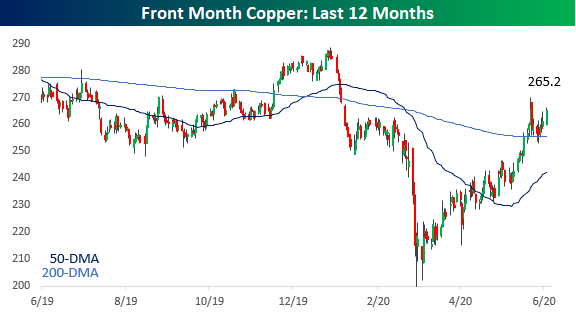 Also, like silver, copper prices were a lot higher earlier in this decade than they are now.  Back in 2010, the price per pound was closer to $450 but has been trending lower ever since then. Click here to view Bespoke’s premium membership options for full access to all of our research. 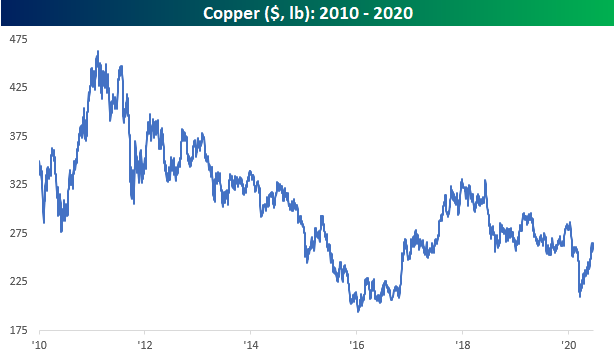