Last week was the most recent update of short interest data through mid-January, and that came on the one-year anniversary of the height of the meme stock mania when highly shorted stocks like GameStop (GME) experienced historic short squeezes. The year since then has not been kind to heavily shorted names.  The Bloomberg High Short Interest index tracks the 100 US stocks with the highest short interest as a percent of float with monthly rebalancing.  As shown below, since the height of meme stock mania on January 27th of last year, this basket has now been more than cut in half! 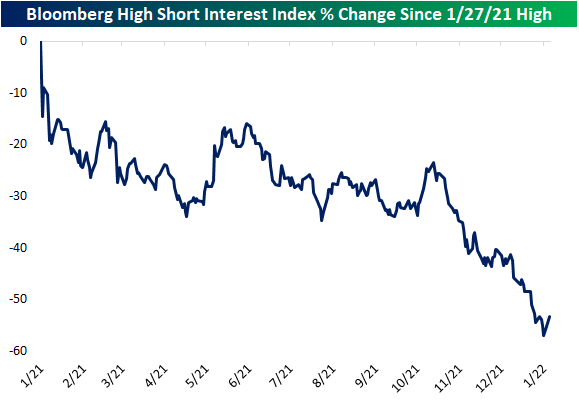 Although highly shorted stocks have performed terribly in the past year, the level of short interest across multiple industry groups is well below where it stood prior to last year’s short squeeze. As shown below, levels of aggregate short interest for each industry group were little changed in the first two weeks of the year, but are also a fraction of what they were at the end of 2020. 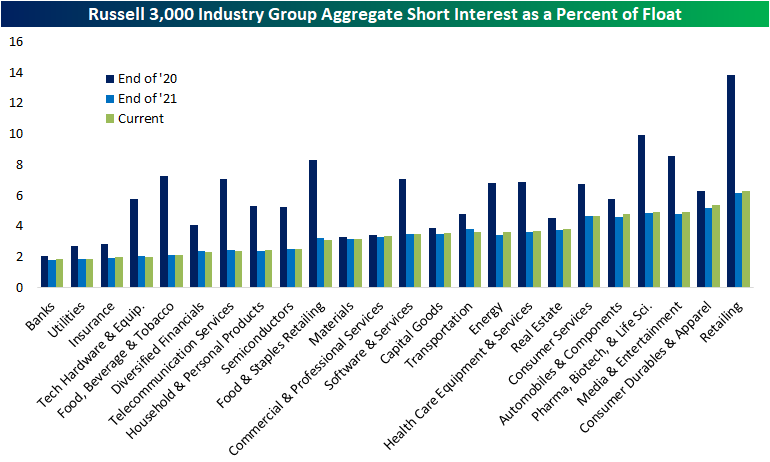 Below we show the stocks that currently have the highest levels of short interest of Russell 3,000 members.  Prelude Therapeutics (PRLD) tops the list with more than 80% of float shorted.  That is actually down slightly versus the last reading through the end of 2021.  Cue Health (HLTH) and IGM Biosciences (IGMS) are the only other stocks with over half of their shares shorted.  Those two, as well as several other highly shorted stocks, are down over 30% in January. The two worst decliners are Citi Trends (CTRN) with a 46.8% loss and Cortexyme (CRTX) which has nearly been cut in half. As for the meme stock mania posterchild GameStop (GME), it now ranks as the 209th most heavily shorted stock. 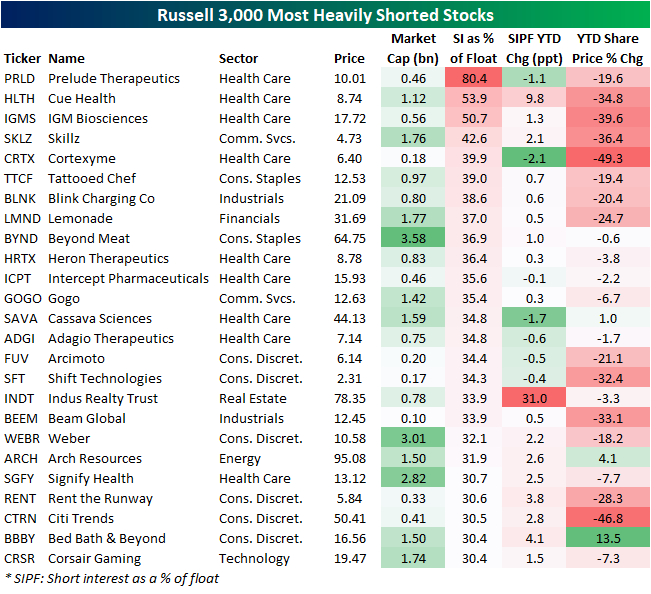 Indus Realty Trust (INDT) also finds itself high up on the list of highly shorted stocks, but that is a recent change. Its short interest has surged 31 percentage points in the first half of January on what has been a relatively small stock price decline in the same time. NETSTREIT (NTST), Codex DNA (DNAY), and Cresent Energy (CRGY) are the only other stocks to have seen double-digit percentage point jumps in short interest so far in 2022.  Want more in-depth analysis from Bespoke?  Click here to view Bespoke’s premium subscription options. 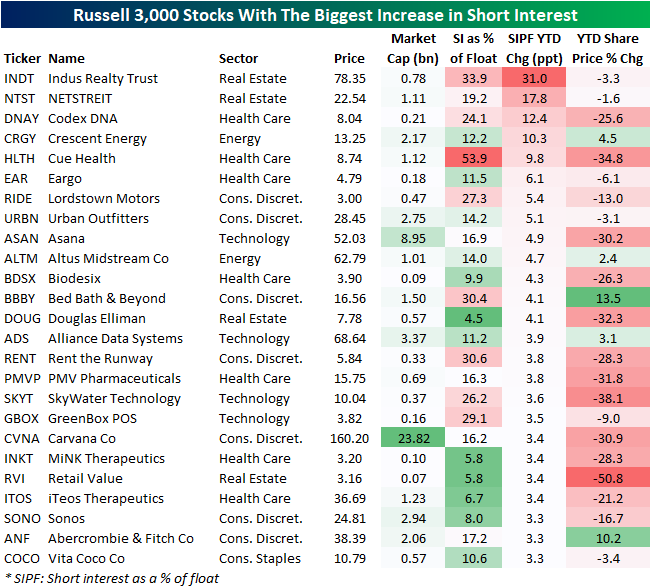