There have been plenty of market happenings and themes in 2021 but perhaps one of the more intriguing ones was the recurring bouts of meme stock mania.  The first of these was the massive short squeeze in shares of GameStop (GME) in the first month of the year which pulled other highly shorted names higher along with it. One of those other stocks was AMC Entertainment (AMC) which would later become the poster child for another string of outperformance of heavily shorted names.  In the time since then, these stocks have generally trended sideways maintaining huge gains on the year, but they are also well off their highs. And in the past few days, these stocks have fallen below support and below the past several months’ ranges. 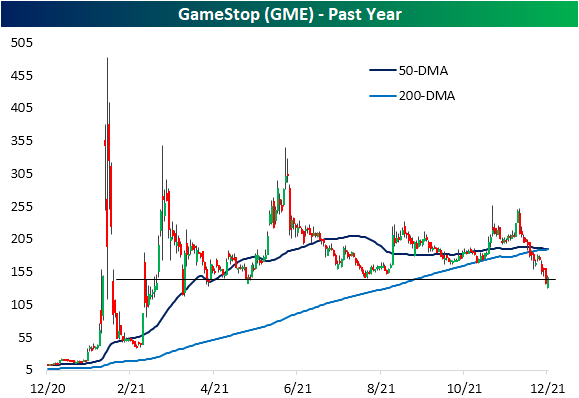 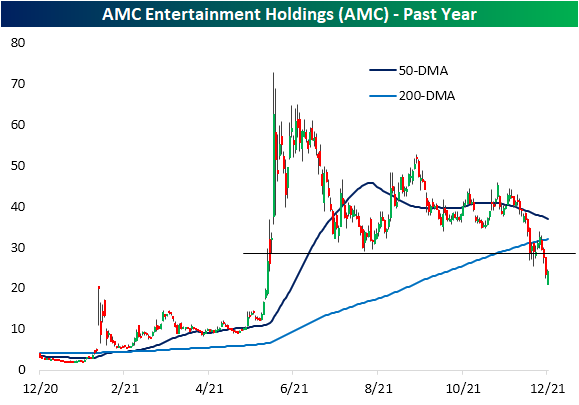 Checking up on highly shorted stocks, last Thursday the latest short interest data through the end of November was released.  As shown below, of the Russell 3,000 stocks, Prelude Therapeutics (PRLD) currently has the highest level of short interest with 85.67% of shares sold short.  Couchbase (BASE) is the only other stock with over half of shares shorted.  BASE is a very new stock, though, debuting in July, after the GME and AMC short squeezes.  The same can be said for stocks like Xometry (XMTR), Torrid (CURV), and Verve Therapeutics (VERV).  For the most part, the stocks that are currently the most heavily shorted are down dramatically on the year and since the short squeeze peaks/meme stock manias of earlier this year (1/26 for GME and 6/2 for AMC). The only one of the top 20 most heavily shorted stocks that is up year to date is Gogo (GOGO) with a 33.44% gain. 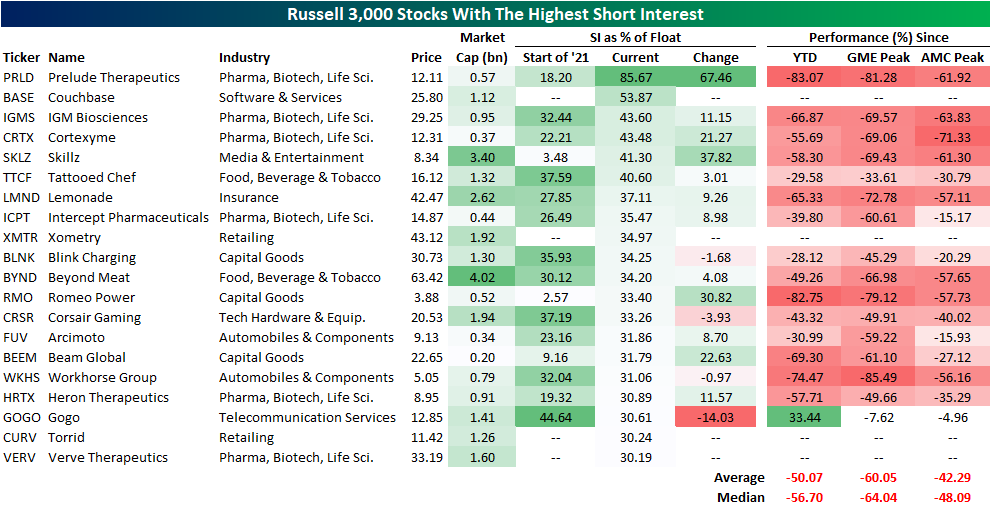 Notably, those aforementioned meme stocks no longer find themselves high up on the list of the most heavily shorted stocks. In fact, of all Russell 3,000 members with 10% of float sold short, GME ranks as the 396th most heavily shorted today whereas it was by far the most shorted at the start of the year when 144.34% of shares were sold short.  Given that decline, it is the stock that has seen the largest drop in short interest year to date.  Dillard’s (DDS), BigCommerce (BIGC), and Ligand Pharma (LGND) have also seen drops of more than 50 percentage points in short interest as a % of float. While there have been some huge declines in short interest, not all are necessarily a result of a short squeeze.  For example, Acutus Medical (AFIB) and American Well (AMWL) have both seen a consistent grind lower this year that have left them with single-digit prices and year-to-date declines of 89% and 75%, respectively. 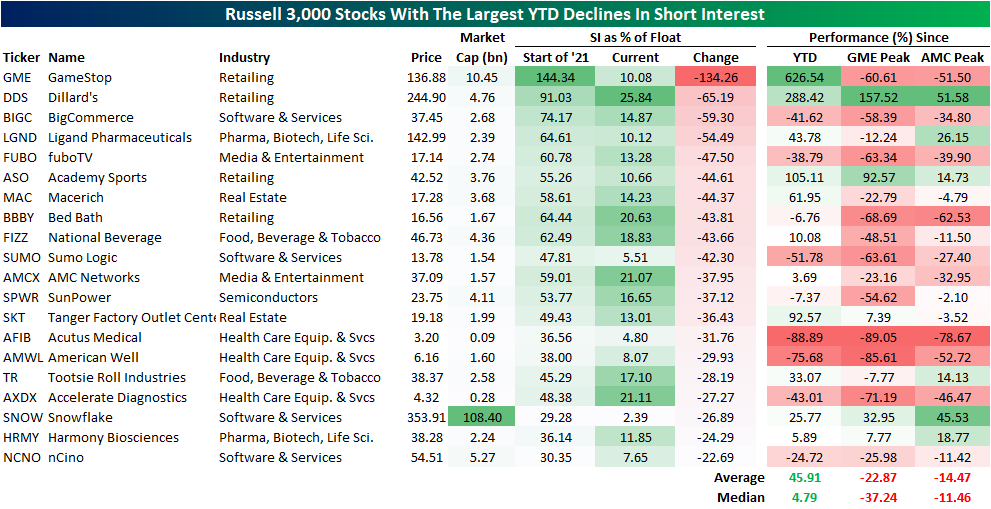 Turning to the opposite end of the spectrum, in the table below we show the stocks that have seen short interest rise the most since the start of the year.  PRLD is at the top of the list with a 67.46 percentage point increase.  The next highest is Skillz (SKLZ) which has risen 37.82 percentage points.  For the most part, these stocks that have seen short interest climb the most are down big on the year. There are a handful of exceptions though with Citi Trends (CTRN), AerSale (ASLE), Fisker (FSR), Big 5 Sporting Goods (BGFV), and Independence Realty Trust (IRT) having seen double digit percentage point jumps in short interest following big gains upwards of nearly 90% this year.  Click here to view Bespoke’s premium membership options. 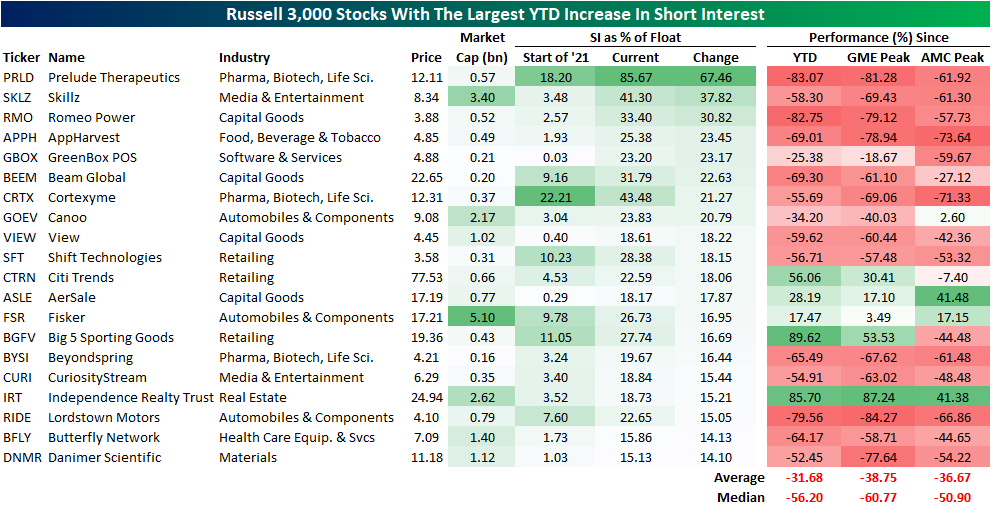