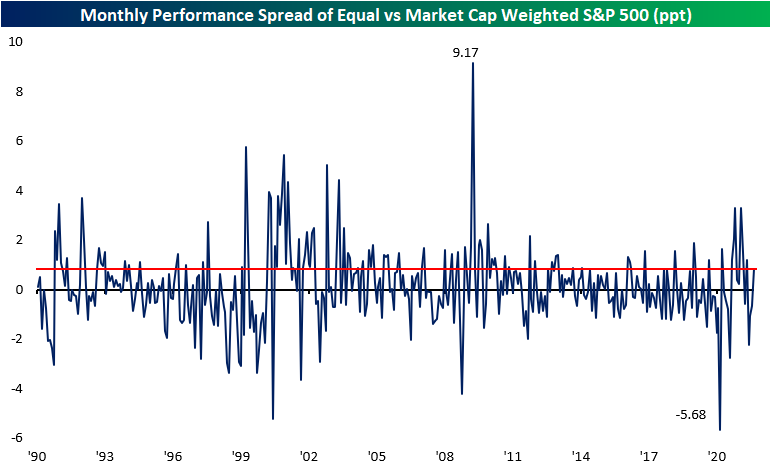 With the month of September behind us, the table below lists the 18 stocks in the S&P 500 that finished the month up over 10%, and less than a quarter of the stocks in the index (22%) finished the month higher.  Overall, the average performance of stocks in the index was a decline of 3.7 percentage points. While short-term performance has been weak, on a YTD basis, 81.42% of S&P 500 stocks are up on the year, and the overall average gain is 18.90%. Of the stocks that have rallied 10%+ in September, more than half are from the Energy sector and another three come from the Financials sector. Click here to view Bespoke’s premium membership options. 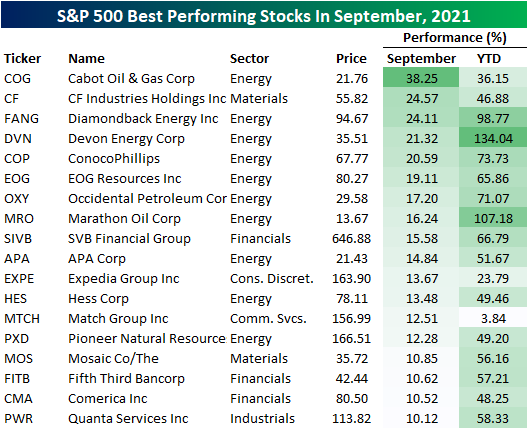