Mega-Caps Down $5 Trillion in Market Cap, AMZN Now Down $1+ Trillion

As we approach the end of 2022, below is an updated look at the drawdown in market cap that we’ve seen in the US equity space since major indices peaked on the first trading day of the year.  Using the Russell 3,000 as a proxy, the US stock market has seen an $11.7 trillion drawdown from the peak on 1/3/22.  The max drawdown was $13.6 trillion at the low on 9/30, so we’ve seen market cap increase by just under $2 trillion since then.  In dollar terms, this drawdown has been more extreme than anything investors have ever experienced.  That’s pretty deflationary if you ask us! 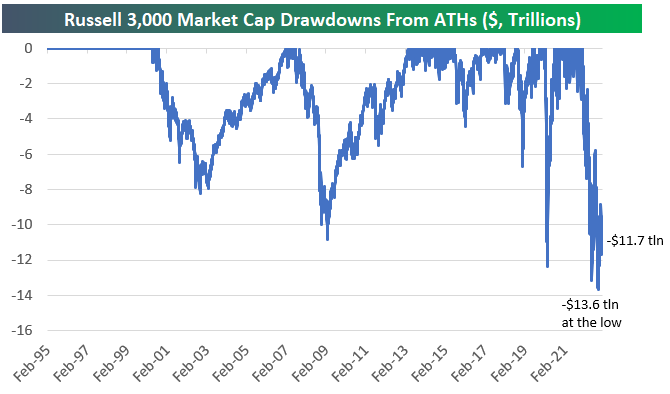 For all six of these companies, their current drawdowns are easily their biggest on record.  Apple (AAPL) has lost $880 billion, Alphabet (GOOGL) is down $846 billion, Meta (META) and Tesla (TSLA) are both down more than $760 billion, and Microsoft (MSFT) is down $784 billion even though it was down close to a trillion at its lows in November.  Click here to learn more about Bespoke’s premium stock market research service. 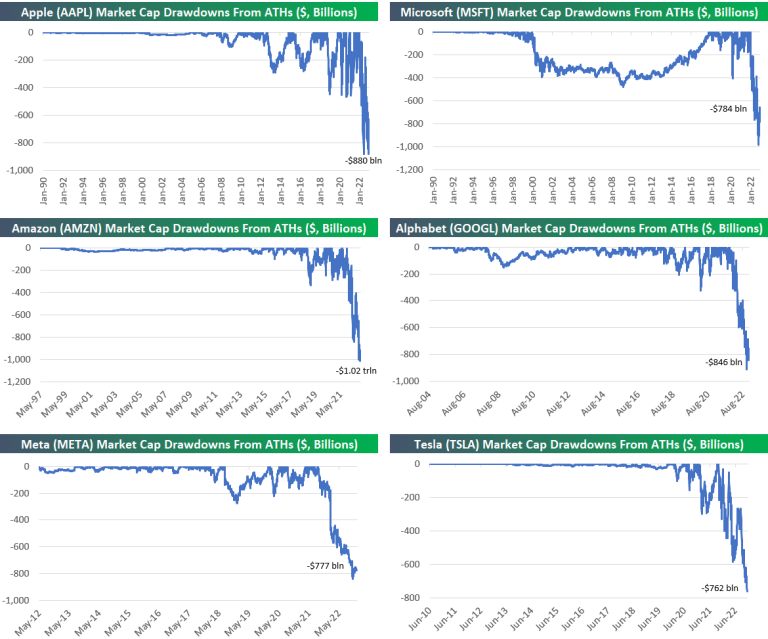