Massive Outperformance From Renewables and Banks

With the Democratic party looking to pick up two more seats in the Senate, investors are flocking to names that would benefit from the party’s agenda; namely renewable energy stocks. While valuations in the renewables space have already been stretched in the past year as we noted in last night’s Closer, today the multiple expansion has only accelerated as these names are having a banner day.  The Invesco Solar ETF (TAN) as well as the Invesco WilderHill Clean Energy ETF (PBW) are up around double-digit percentages or more in today’s session and are on pace for the best day since March 24th of last year- the first day of the current bull run. 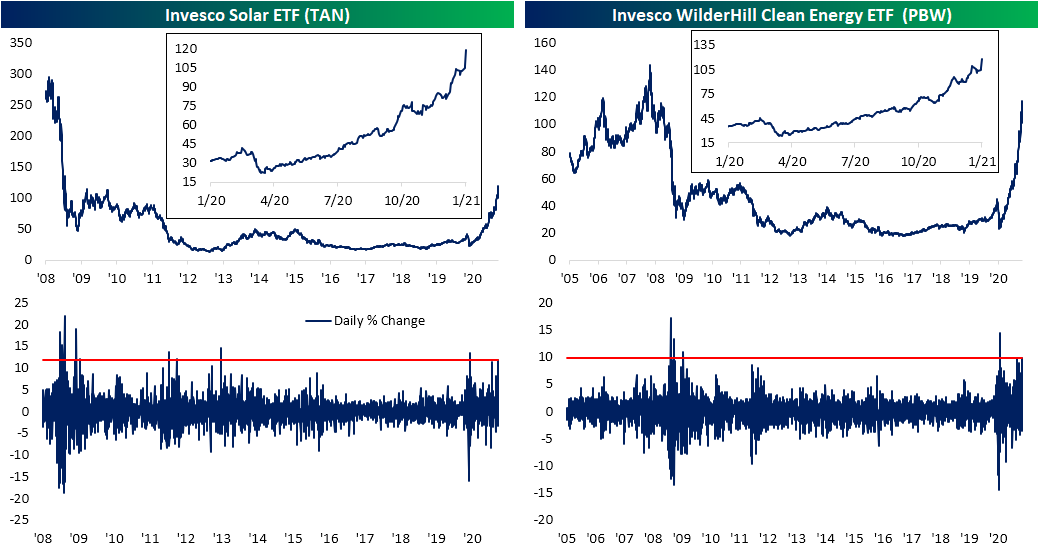 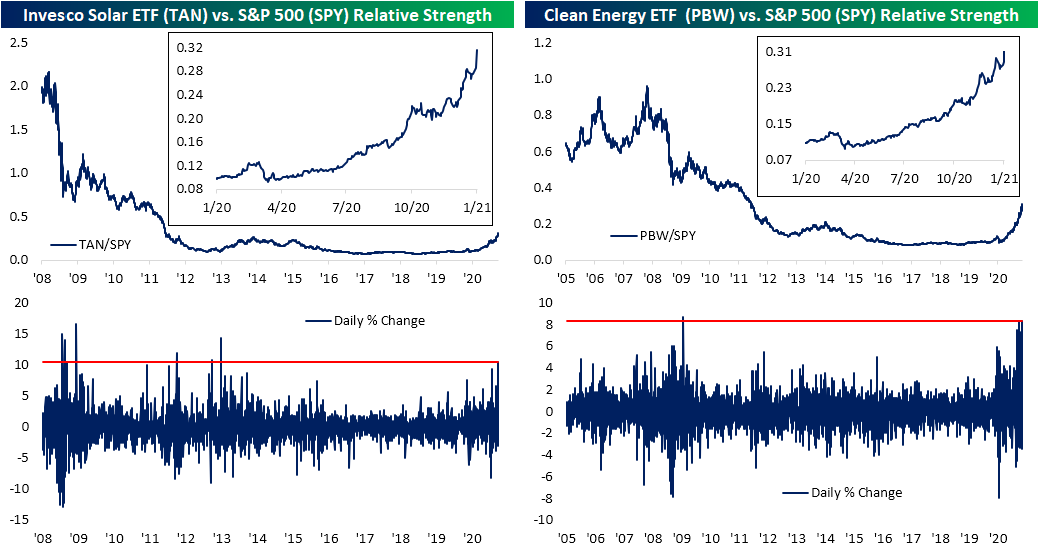 Another area of huge outperformance today is the banks.  The 10-year yield has topped 1% for the first time since March. With yields providing a more welcoming environment for the industry, the S&P Regional Banking ETF (KRE) is up 8.5%.  That is the best day since November 9th when the ETF popped over 15%.  While nearly half of that day’s rally, KRE’s performance today still stands in the top 1% of all days since it began trading in 2006. 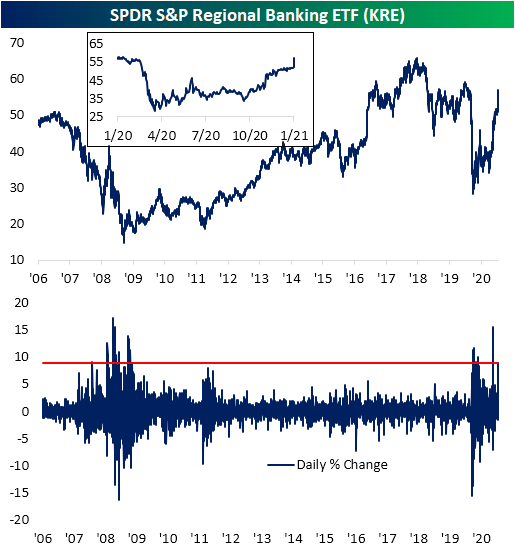 Again, just like the renewable energy ETFs, the strong performance of banks relative to the broader market is historic today.  Prior to today, the ratio of KRE to SPY has only seen a larger daily increase five times since 2006. One of those days was the aforementioned rally in November with the other days occurring in July and September of 2008 and March of 2009. Click here to view Bespoke’s premium membership options for our best research available. 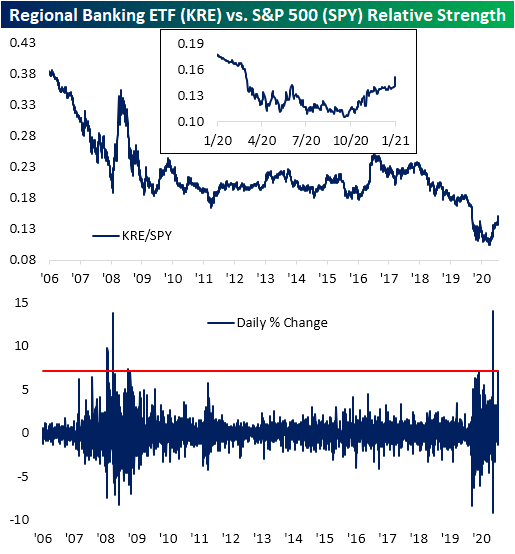