In a client note earlier this morning, we noted that even after today’s declines, the S&P 500 is still well over 1% above its 50-day moving average.  In other words, for large-cap stocks, there is still a decent amount of air between current levels and the S&P 500’s ‘normal’ range and for that matter, oversold levels. While the S&P 500 may not be oversold yet, it does look to have broken its steep uptrend that had been in place since the October lows. 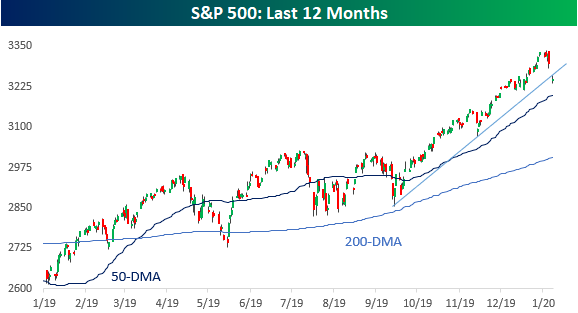 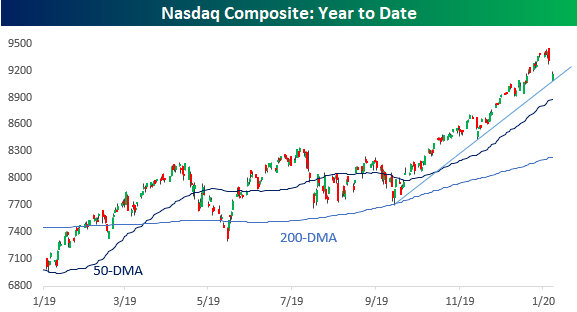 While the large-cap S&P 500 and Nasdaq indices are still trading at extended levels, when you move down the market cap ladder, mid and small-cap indices are trading at much less extended levels. The mid-cap S&P 400 actually briefly traded below its 50-DMA earlier today and is only just barely hanging out above that level heading into the close.  Regarding the trend line off the October lows, that level didn’t even come into play today because that trend line broke on Friday! 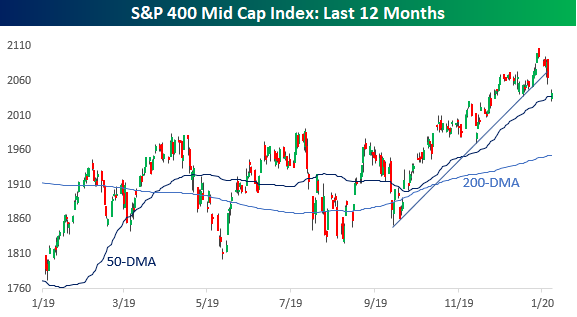 Like the mid-cap S&P 400, the small-cap Russell 2000 also actually traded below its 50-DMA earlier today before rallying back above that level in the afternoon. 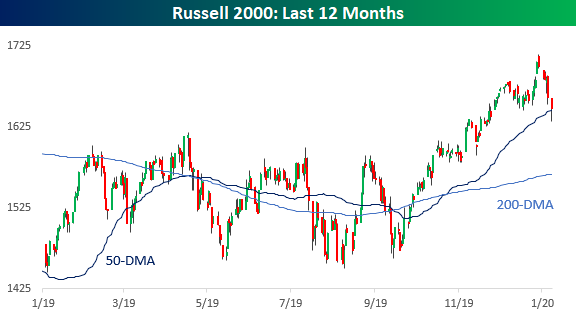 Finally, semis.  The Philadelphia Semiconductor index was especially hard hit on Monday falling by more than 3.5%.  Obviously, this index is a lot more volatile than the major indices highlighted above, but while most other indices rallied well off their early lows today, the magnitude of the move off the lows for semis was a lot more lethargic. With a large portion of the sector’s production based in China, it is understandable that the sector has been under pressure.  For a sector that we consider to be a market leader, though, a bigger breakdown for the semis would be a troublesome signal for the broader market.  Start a two-week free trial to Bespoke Institutional to access all of our market tools including the Earnings Explorer, Chart Scanner, Trend Analyzer, Custom Portfolios, and much more. 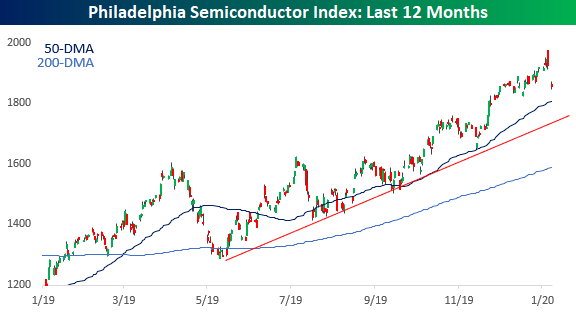