It was a generally disappointing day for equities as the major averages finished well off their highs of the day.  One sector that looked to take today’s weakness rather hard was the Machinery group.  After trading in a sideways range for well over a month, weakness in the group has picked up steam in the last two days and just today it closed below its 50-day moving average (DMA) for the first time in over three months. 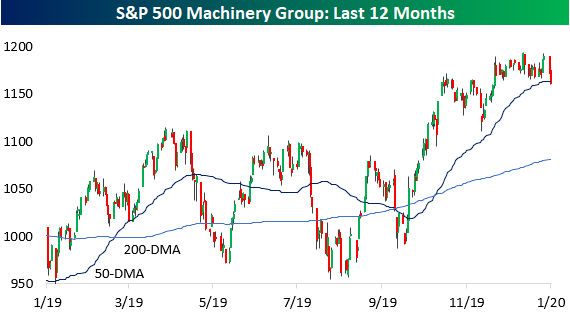 Three individual stocks in the group that also faltered today are also three of the larger stocks in the group, and we’ll take them alphabetically.  First, Caterpillar (CAT) hasn’t been able to top the $150 level for quite some time and based on today’s trading, buyers look to have given up.  The stock fell over 2.2% today for its worst day since October 1st.  CAT reports earnings on 1/30, and if it doesn’t break $150 with that report, $130 may be the next stop. 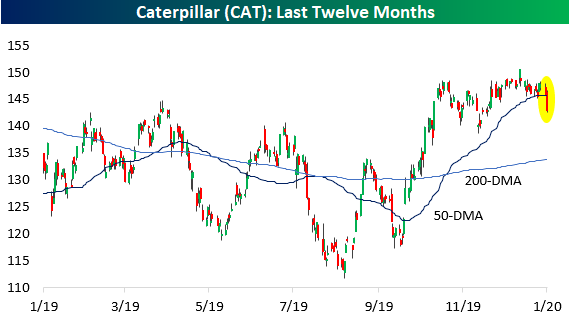 Deere’s (DE) chart looks very similar to CAT, but its rally in the last three months hasn’t been nearly as steep.  Like CAT and the broader machinery group, though, DE broke below its 50-DMA in today’s sell-off. DE doesn’t report earnings until late February, and the stock looks to have more meaningful support not far below current levels. 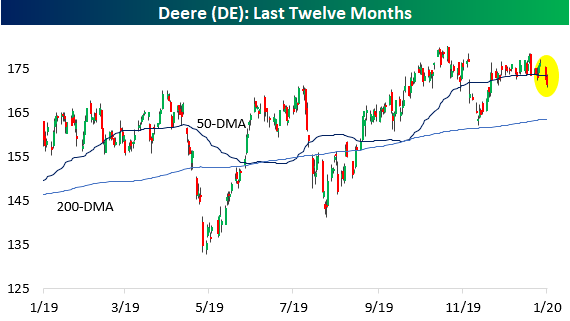 Lastly, Parker Hannifin’s (PH) chart looks more like CAT than DE, and like CAT, the stock was down nearly 2% today.  PH has less support near current levels, and it also reports earnings on 1/30. Start a two-week free trial to Bespoke Institutional to access all of our research and interactive tools. 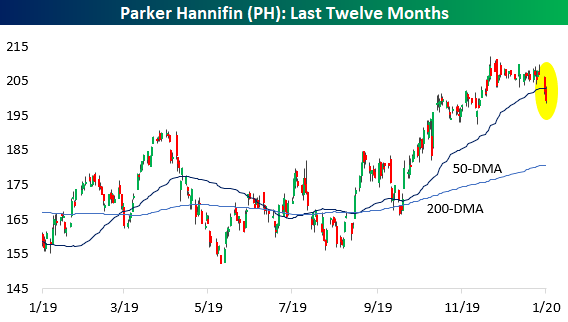