Banking stocks had been outperforming the broader market throughout most of the fall, but that reversed in a big way in November and even more so this month.  The largest stock in the S&P 500 Banking Industry, JPMorgan Chase (JPM), however has been a notable outperformer.  As shown below, relative to other S&P 500 banks, JPM has seen its relative strength rip higher. 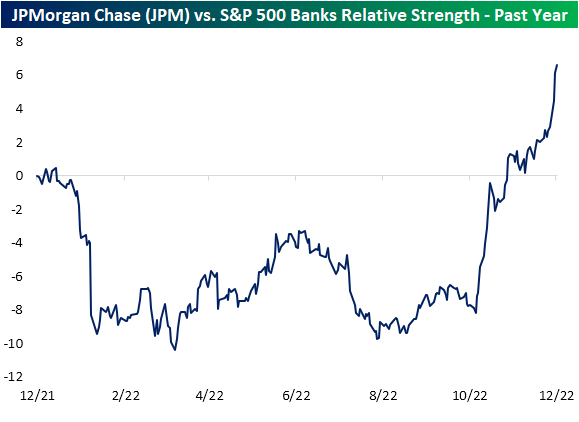 Although it has reverted lower more recently after trading well above its 50-DMA, the stock has experienced a notable moving average crossover as its 50-DMA has risen above the 200-DMA.  That is the first time the 50-day has been higher than the 200-day since the start of the year. From a technical perspective, these types of patterns are considered positive, especially when both are rising (golden cross). 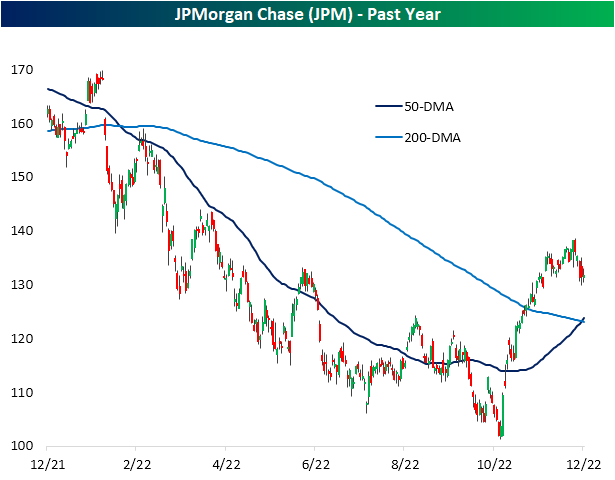 In spite of that bullish reputation, the actual performance following past moving average crossovers where the 50-DMA trades above the 200-DMA is not particularly noteworthy nor should it generate a massive amount of optimism.  As shown below, on an average basis, JPM has fallen one week and one month after past occurrences that have happened without another instance in the prior three months.  That compares to gains of 0.25% and 1.05%, respectively, for all other periods. Looking further out, average performance has only been notably better than normal three months later albeit that is paired with less consistency to the upside. In other words, moving average crossovers to the upside are not necessarily the positive technical pattern many chart watchers consider them to be.  As always, past performance is no guarantee of future results. Click here to learn more about Bespoke’s premium stock market research service. 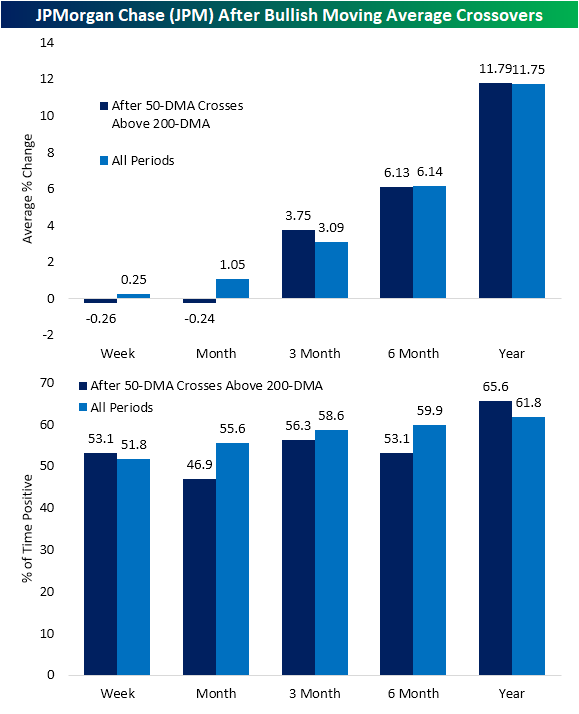