Below is an excerpt from one of the first sections of our 2020 Outlook Report that was released on Friday discussing Economic Cycles which provides our outlook for the economy and equity market performance surrounding economic expansions and recessions:

With this being the longest expansion on record, and still in good health based on the November jobs report, it wouldn’t be a leap to assume that both the stock market’s performance and economic growth during this period have also been among the best. The reality, though, isn’t quite the case. 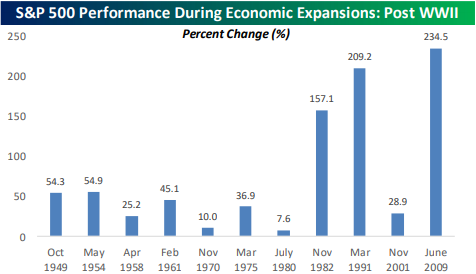 Where the current expansion has been lacking, though, is in terms of economic growth.  One would think that with a record economic expansion in terms of length, that overall growth would also be strong. As shown in the charts below, four other expansions have seen a stronger level of total growth than the 26.4% level in the current period (median: 22.9%).  Sign up using our 2020 Annual Outlook Special to gain access to the entire section on Economic Cycles as well as other individual sections and the full publication to be released by year-end. 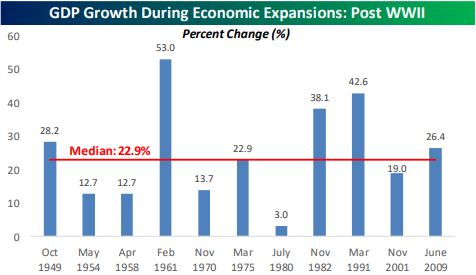