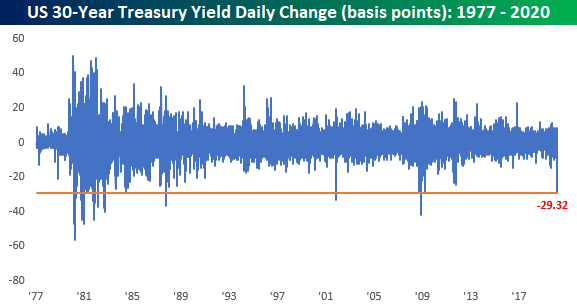 That doesn’t even tell the whole story, though.  As shown in the chart below, every other time the yield saw a sharper one-day decline, the actual yield of the 30-year was much higher, and in most other cases it was much, much higher. 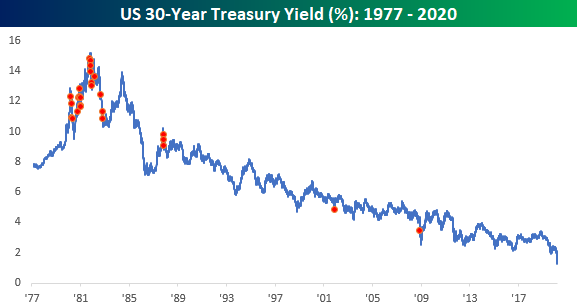 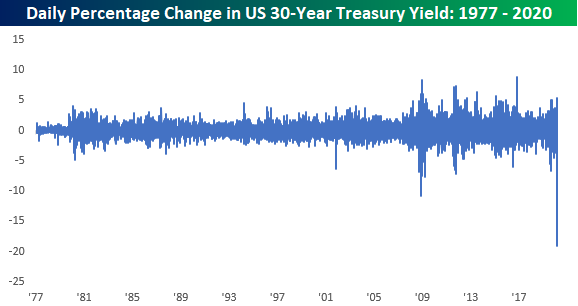 Finally, with long-term interest rates plummetting we wanted to provide an update on the performance of the Austrian 100-year bond.  That’s now back at record highs, begging the question, why is the US not flooding the market with long-term debt? Start a two-week free trial to Bespoke Institutional for full access to our research and interactive tools. 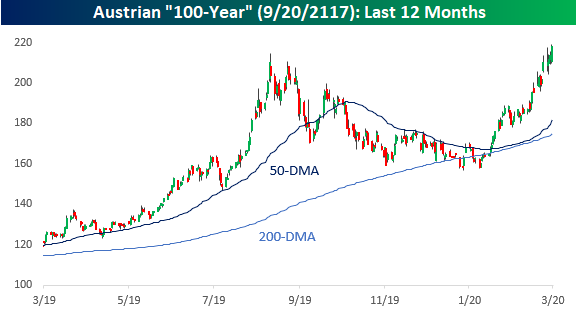