With equities having another strong day yesterday, a large number of stocks closed above their 200-DMAs. For the S&P 500 as a whole, nearly 90% of the index closed above their long term moving averages.  That was the highest percentage for the broad index since July 3rd, 2014.  As equities pullback today, that reading is lower at 86.56% as of this writing which is still in the 90th percentile of readings since 1990.

As shown in the charts below, the same applies on a sector by sector basis as well.  Consumer Discretionary, Consumer Staples, Financials, Industrials, and Materials all currently boast readings above 90%. For Consumer Discretionary, there have been a few similarly high readings since the start of the month, and these have all been the highest on record since at least 1990.  For other sectors, recent readings have similarly been at multi-year highs.  Levels for Communication Services, Health Care, and Materials, are all their highest since September or late August, but for others, it has been much longer since we saw similar readings. For example, the last time Industrials saw as high of a percentage of stocks above their 200-DMA was way back in May of 2013, and for Consumer Staples, the last higher reading was in October of 2013. The sector that has the weakest number of stocks above their 200-DMAs is unsurprisingly Energy.  Whereas yesterday exactly half of the stocks in the Energy sector finished above their 200-DMA, today less than a third remain above that level. Granted, that is far better than the end of October when not even 5% were above. 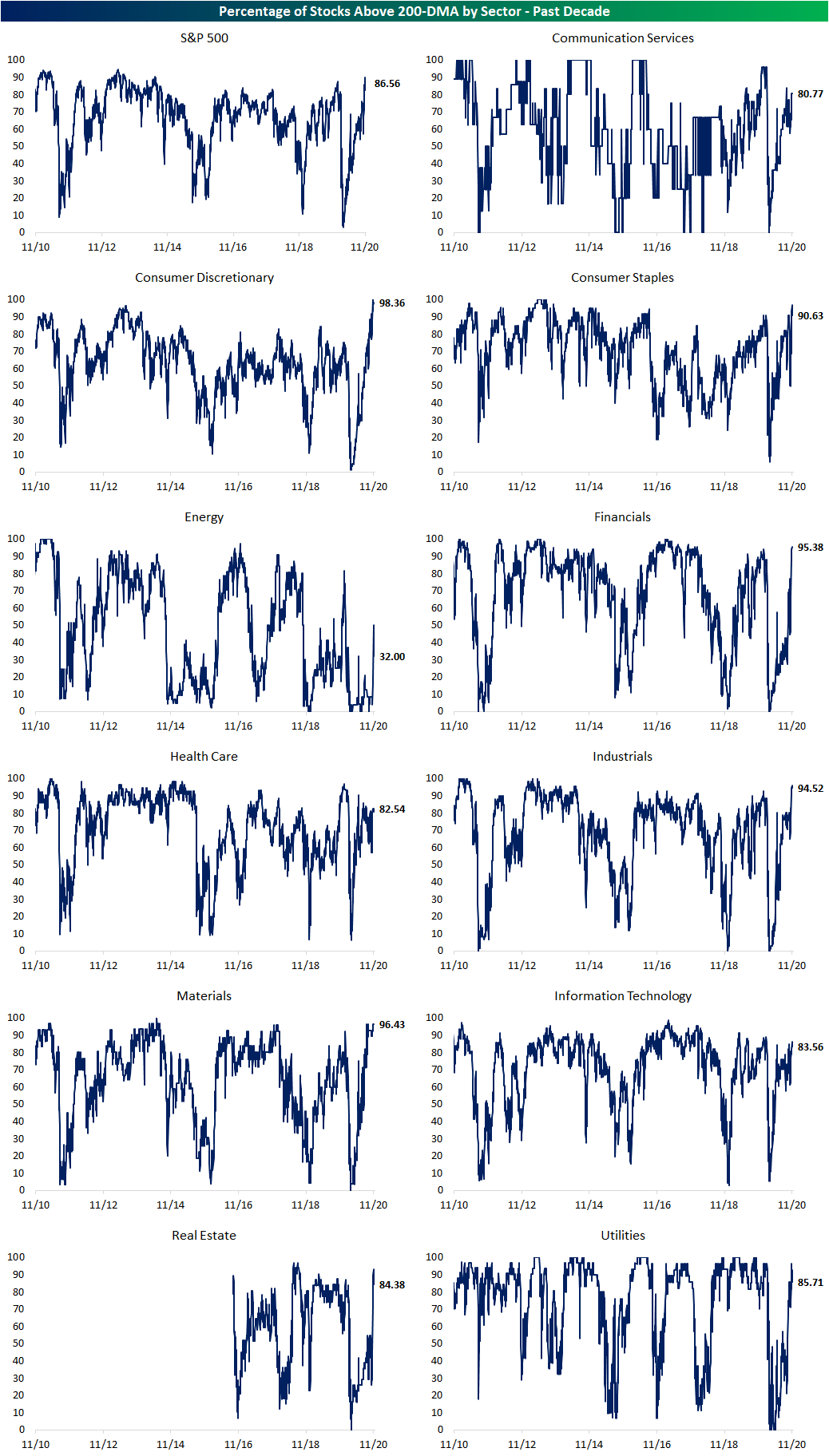 In the table below, we show a list of the S&P 500 Energy sector’s components showing how far each is above/below their 200-day moving average as well as the MTD and YTD performance.  Baker Hughes (BKR), Halliburton (HAL), and Marathon (MPC) are all the most elevated, currently above their 200-DMAs by double-digit percentages.  TechnipFMC (FTI) and National Oilwell Varco (NOV) have been the top performers in the sector, but they both still sit a few percentage points below their 50-DMAs even after rallies of more than 40% this month. The only Energy sector stock to have fallen in what has been a remarkably strong month is Cabot Oil and Gas (COG), though it is one of the best performers YTD with a decline of just 2.4%. Still, its recent decline leaves it as one of the furthest below its 200-DMA.  Click here to view Bespoke’s premium membership options for our best research available. 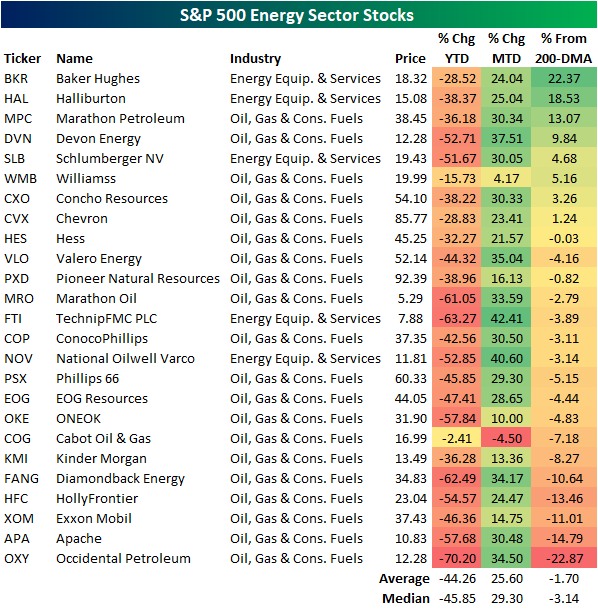