The fifth and final regional Fed index for November came out of the Lone Star State today. The index was expected to show expansionary, but decelerating activity in the month of November. The results were just that as the headline number fell from 19.8 in October down to 12 which was a bit weaker than the expected decline to 14.3. Although a slower rate of growth, activity has continued to expand and the index still at some of the highest levels of the past two years. 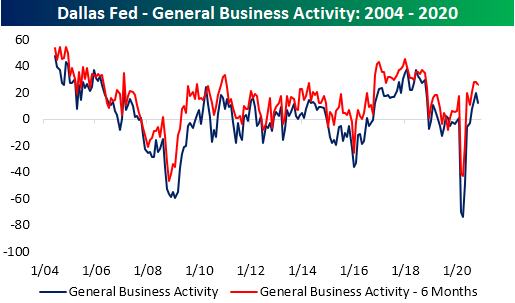 Similar to the other manufacturing reports from the other districts released this month, under the hood things were pretty mixed.  All but one index (Finished Good Inventories) has continued to be consistent with further growth, but more than half of those indices declined this month, That means activity has generally continued to expand, but at a slower pace than last month. For some components like New Orders and Production, the deceleration was significant while employment metrics held up better.

In November, New Orders continued to grow as the index remained positive at 7.2. While that is still indicative of overall growth in new orders, it also marks a significant deceleration from October when the reading was 19.9.  Given this, the index for New Orders Growth Rate likewise fell to 9.7 from 14.3. 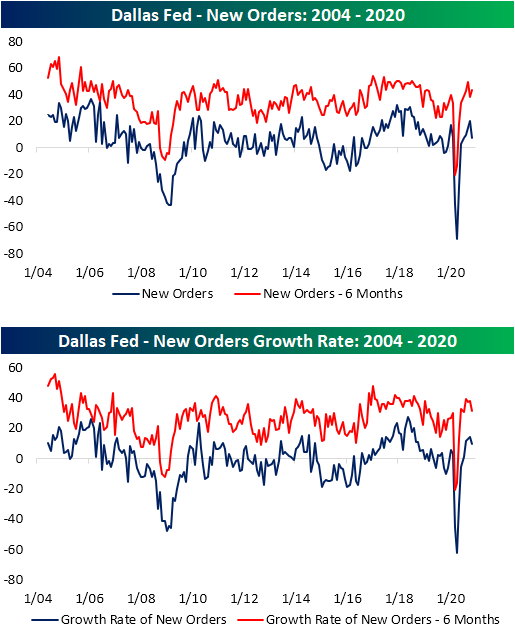 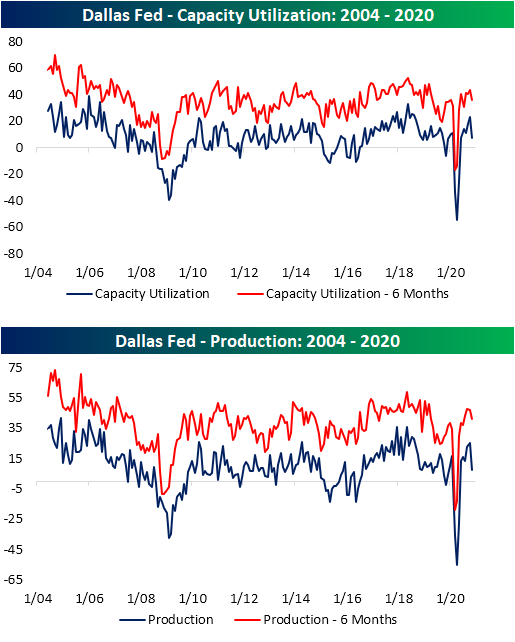 Even though production overall has continued to pick up, inventories continue to decline at a rapid pace.  The index for Finished Good Inventories fell sharply this month, dropping from -1.9 to -14.7.  Outside of August’s low of -17.3, that is the lowest level since January of 2010. 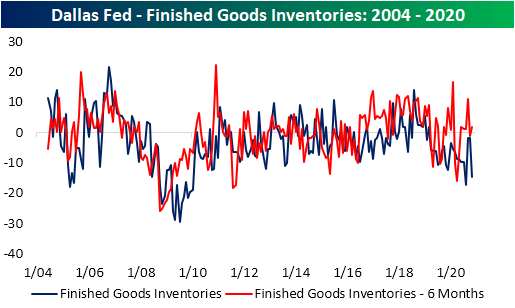 As inventories drawdown at one of the most rapid paces of the past decade, lead times have risen.  The index for Delivery Time bounced back in November after a decline in October.  At 12.2, the index is now at the highest level since the summer of 2018. That is also nearly in the top 5% of all readings in the survey’s history. Click here to view Bespoke’s premium membership options for our best research available. 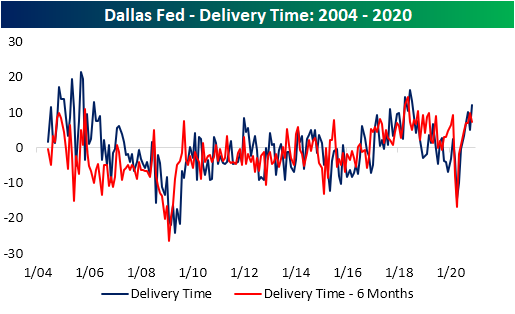