While today’s CPI data did not come in hotter than expected as feared (matching expectations of 7.9% YoY growth), jobless claims came in worse than expected for both initial and continuing claims.  Seasonally adjusted initial claims rose to 227K versus expectations of a 2K increase from last week’s unrevised level of 215K.  In addition to the higher reading this week, the last print was also revised up by 1K.  In spite of the lack of improvement in claims recently (it’s been over 3 months since the multi-decade low of 188K set in early December), the level of claims remains historically low. 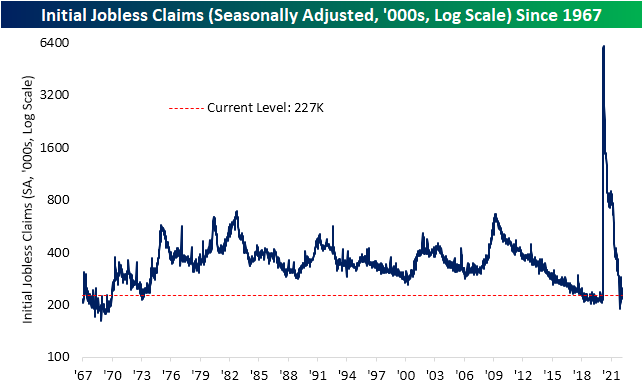 On a non-seasonally adjusted basis, claims for the current week of the year are in line with readings from the few years prior to the beginning of the pandemic.  In terms of the seasonal pattern, the current week of the year typically has not seen claims rise week over week as they did this year.  Claims tend to fall at this point of the year with the few weeks surrounding the current period marking some of the weeks of the year with the most consistent declines in claims. Regardless of the somewhat seasonally unusual move, the broader seasonal pattern this year has not marked a major divergence versus history. 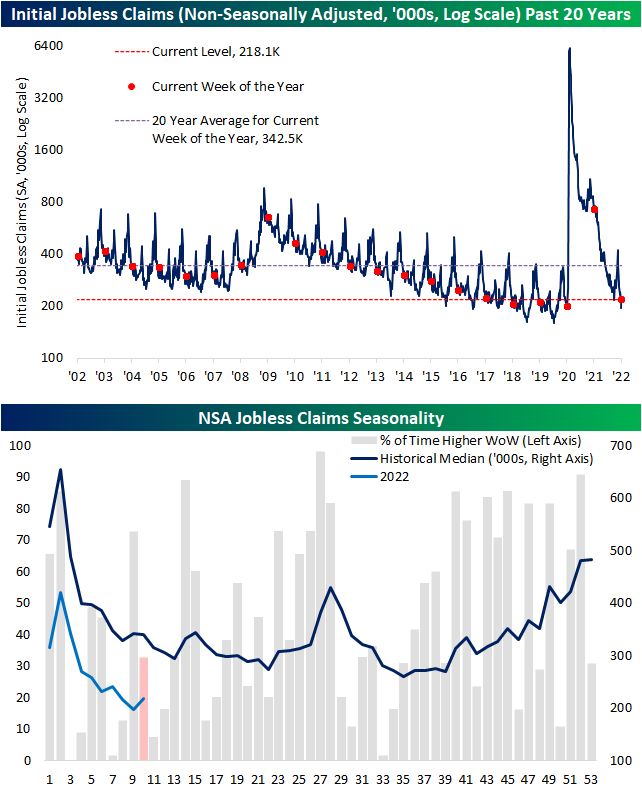 Continuing claims were expected to fall from 1.476 million down to 1.450 million. Instead, claims rose by 18K.  As with initial claims, even though that is not as strong a reading as anticipated. It is far from leaving claims at any sort of worrisome level.Click here to view Bespoke’s premium membership options. 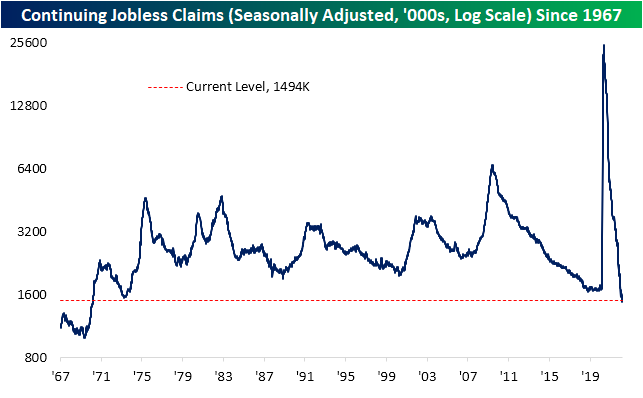