Little Bounce from the Little Guys

Although the NFIB’s reading on the sentiment of small businesses remains near some of the worst levels of the past decade, this morning’s release did come in both better than expectations and slightly higher than last month.  The Optimism Index climbed from 89.5 in June—the lowest level since January 2013—to 89.9. Outside of last month, that would still be worse than any month during the pandemic. 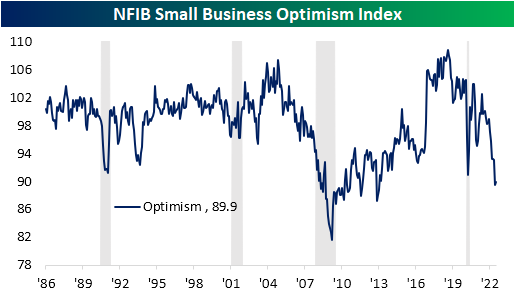 In spite of the modest bounce in the headline number, breadth across the report’s categories remains weak with the number of indices falling month over month twice as large as those that rose.  Broadly speaking, employment indices are the main area of strength with Plans to Increase Employment, Job Openings Hard to Fill, Compensation, and Compensation plans each remaining in the upper decile of readings.  Current Inventories is similarly at an elevated level relative to its historical range.  Conversely, categories like Outlook for General Business Conditions and Sales Expectations are just off historic lows. 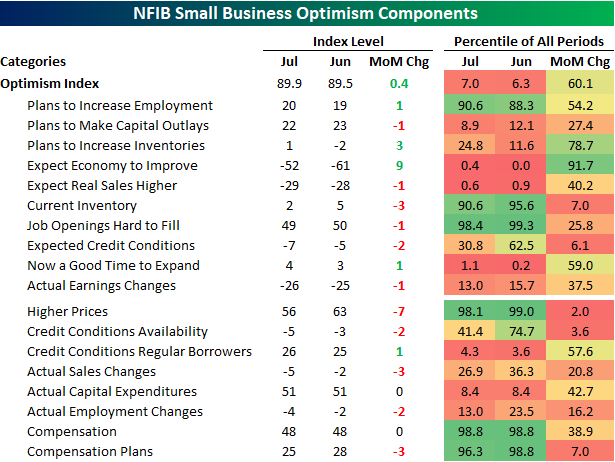 Over the past few months, one of the most eye-catching readings of this report has been the reported Outlook for General Business Conditions as it has dropped to record lows far the lowest points seen during prior recessions. This month that index saw some respite, but it remains well outside of the normal range of historical readings. 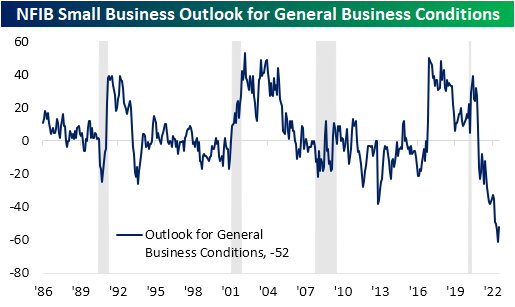 On reason for the historic drop and this month’s rebound appears to be inflation.  As shown below, the two indices have generally been well-correlated to one another over the past couple of years as inflation has soared.  That being said, fewer respondents to the monthly survey have been reporting higher prices, and along with that, economic outlooks have improved in tow. 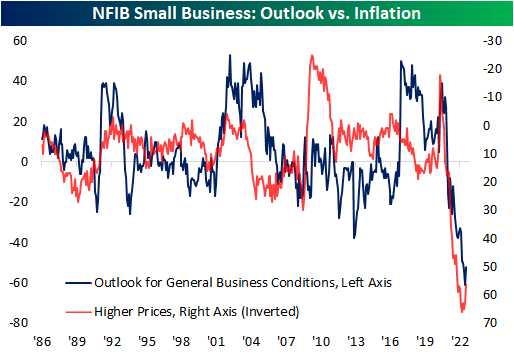 As previously mentioned, one area of the report that has remained fairly strong concerns employment.  However, that is not to say those readings have not peaked.  Even though they are at historically strong levels and none set any sort of notable new low in the latest data, as discussed in today’s Morning Lineup, each of these indices has been rolling over after peaking late last year. Hiring plans have returned to levels consistent with the pre-pandemic years alongside the percentage of firms reporting cost or quality of labor as their biggest issues. While these too have rolled over, the indices tracking Compensation and Job Openings Hard to Fill have not seen as sharp of pullbacks. 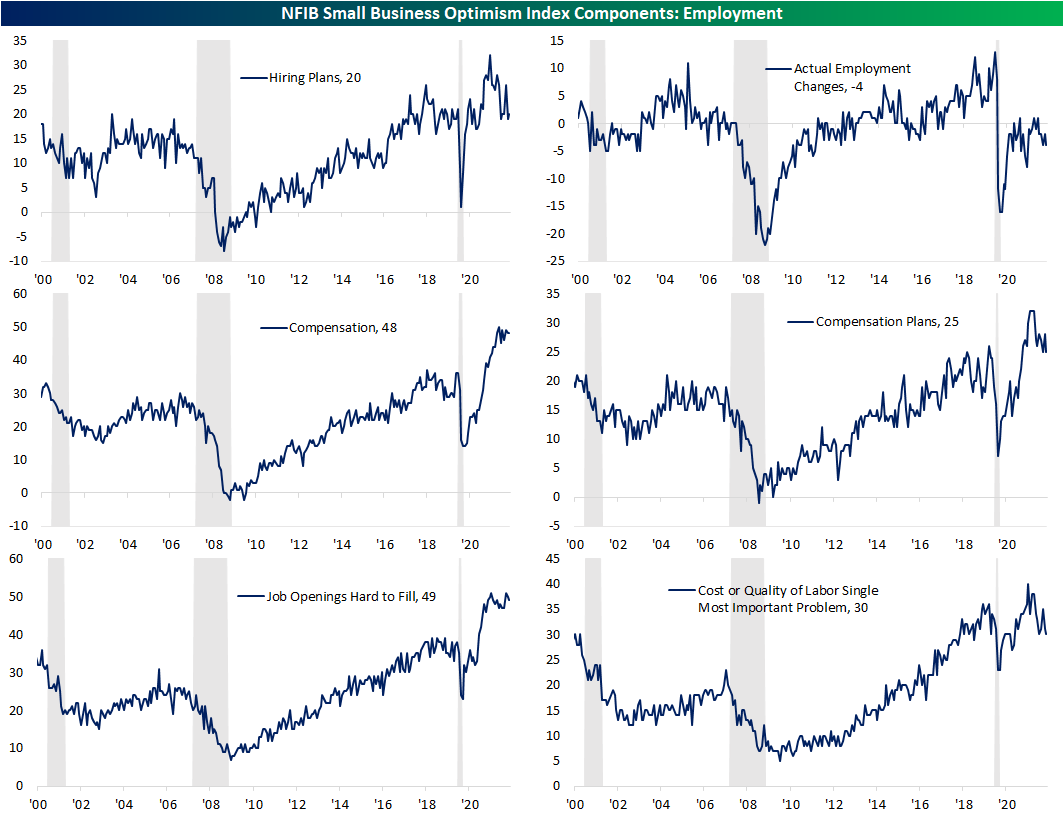 One other interesting area of the report this month concerned inventories. Small businesses reported inventories have begun to build again while there has been a steep drop in the net percentage of responses stating that inventories are too low versus too high. That reaffirms the large negative impact that slowing inventory builds had on the latest negative GDP print.  Click here to learn more about Bespoke’s premium stock market research service. 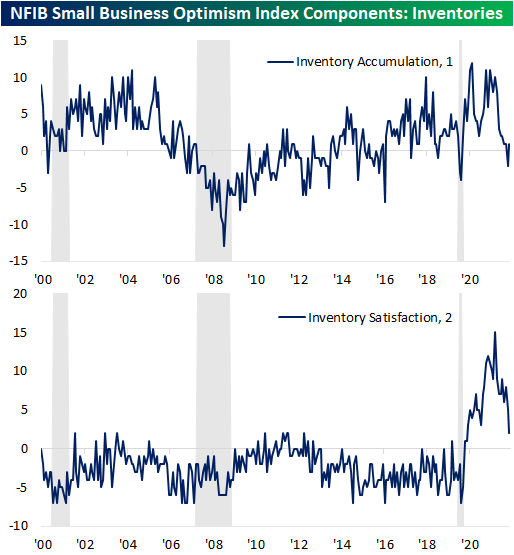