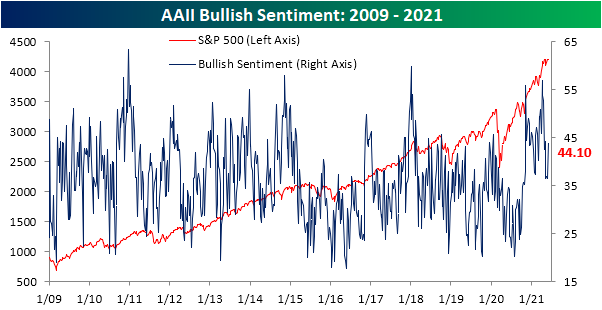 In recent weeks, neutral sentiment had been surging; topping 37% last week for the highest reading since the first week of 2020.  Although it reversed lower this week down to 36.2%, neutral sentiment remains around some of the strongest levels in over a year. 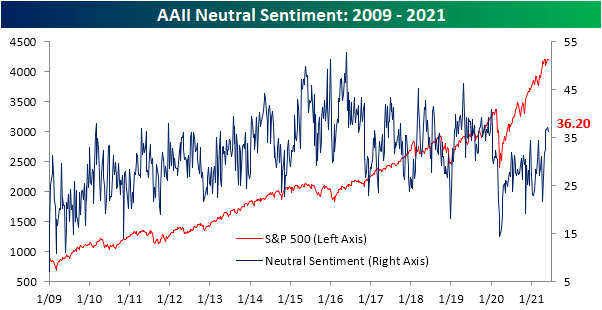 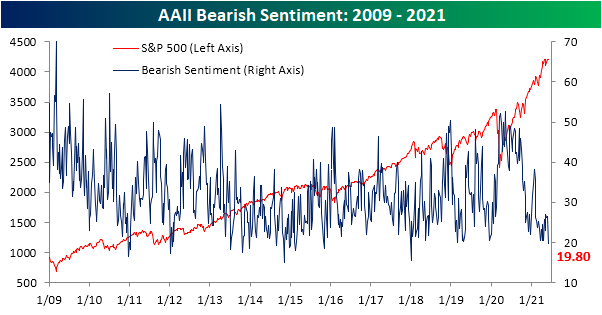 Not only is that one of the lowest readings in bearish sentiment in recent history, but that drop below 20% brought to an end a 115-week long streak of readings in bearish sentiment above that level.  As shown below, that surpassed a three-week shorter streak ending in December 2017 to make for the second-longest such streak on record.  The longest streak which ended in December 2010 went on for more than twice as long as this most recent run. 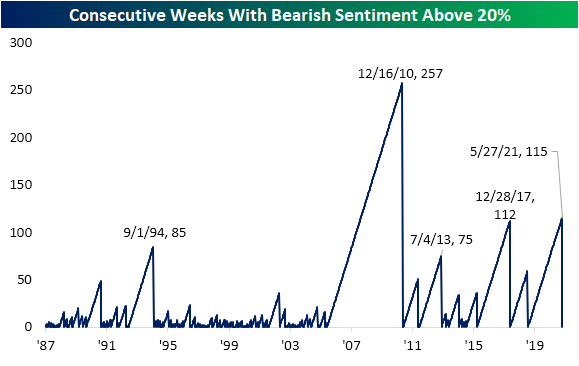 Historically, lower readings in bearish sentiment have tended towards weaker performance for the S&P 500 going forward as shown below.  But when it comes to the past times that bearish sentiment has broken below 20% for the first time in at least 50 weeks, performance has actually tended to consistently be positive. In fact, across each of the past six instances, the S&P 500 has been higher six months out every time. Granted, for the most part the typical move higher is usually smaller than other periods.  Click here to view Bespoke’s premium membership options for our best research available. 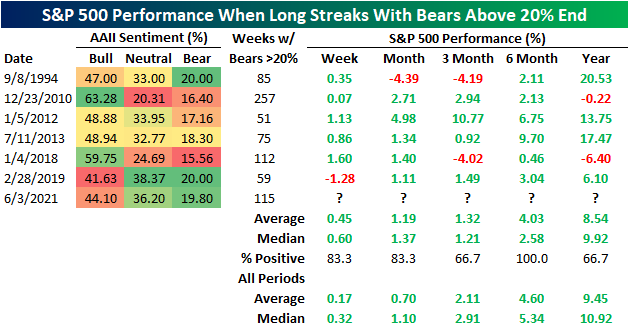