In the last 10 years, the composition of the largest 25 companies by market cap in the S&P 500 has changed dramatically. Only 40% of the companies that were in the top 25 in 2011 remain there today. Additionally, the sector breakdown has shifted considerably. Sectors like Technology, Communication Services, and Consumer Discretionary have seen increases in their representation in the top 25 while the Energy, Consumer Staples, and Industrial sectors have seen declines.

Of the companies listed on both the 2011 and 2021 lists, the median total return excluding dividends over the last 10 years has been 312.33%, while the mean total return excluding dividends has been 606.65%. Apple ($AAPL), Microsoft ($MSFT), Alphabet ($GOOGL), and Amazon ($AMZN) have seen the largest appreciation of this group and are currently the four largest companies in the index. 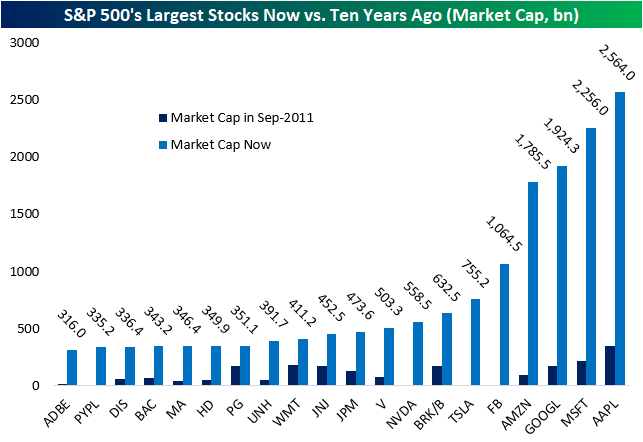 As noted above, just 40% (10) of the companies on the list in 2011 made the cut in 2021, and as shown in the table below, while Apple (AAPL) and Microsoft (MSFT) remain in the top four, Exxon Mobil (XOM) and IBM not only fell out of the top four but also the top 25 altogether.  Which top companies on the list now won’t be there in 2031?  We wish we had a crystal ball! 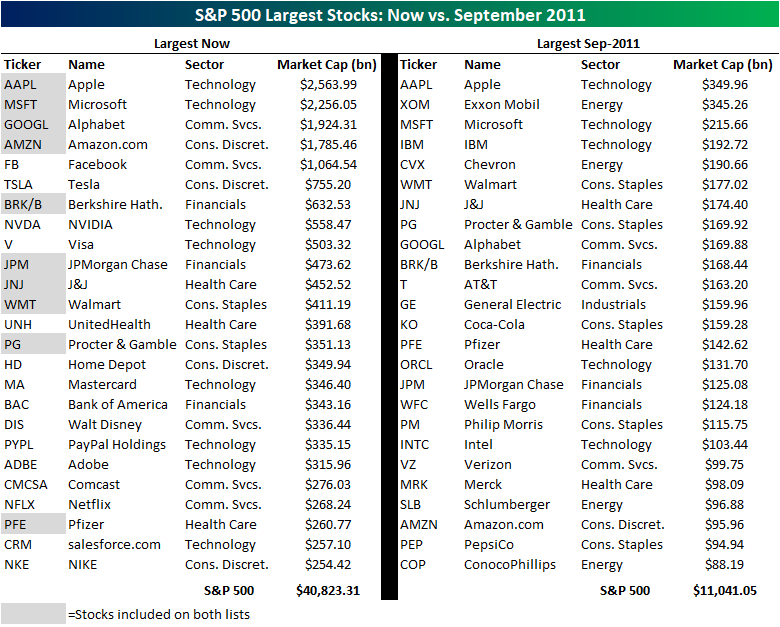