Looking at the styles screen of our Trend Analyzer, growth stocks have been clear winners of late, but that does not necessarily include all growth stocks.  Whereas the Growth ETF (VUG) or S&P 500 Growth ETF (IVW) are up over 2% over the past five days through yesterday’s close and are sitting on year to date percentage gains in the high teens, the small-cap focused Russell 2000 Growth ETF (IWO) is actually down over the past week and is barely up on the year. 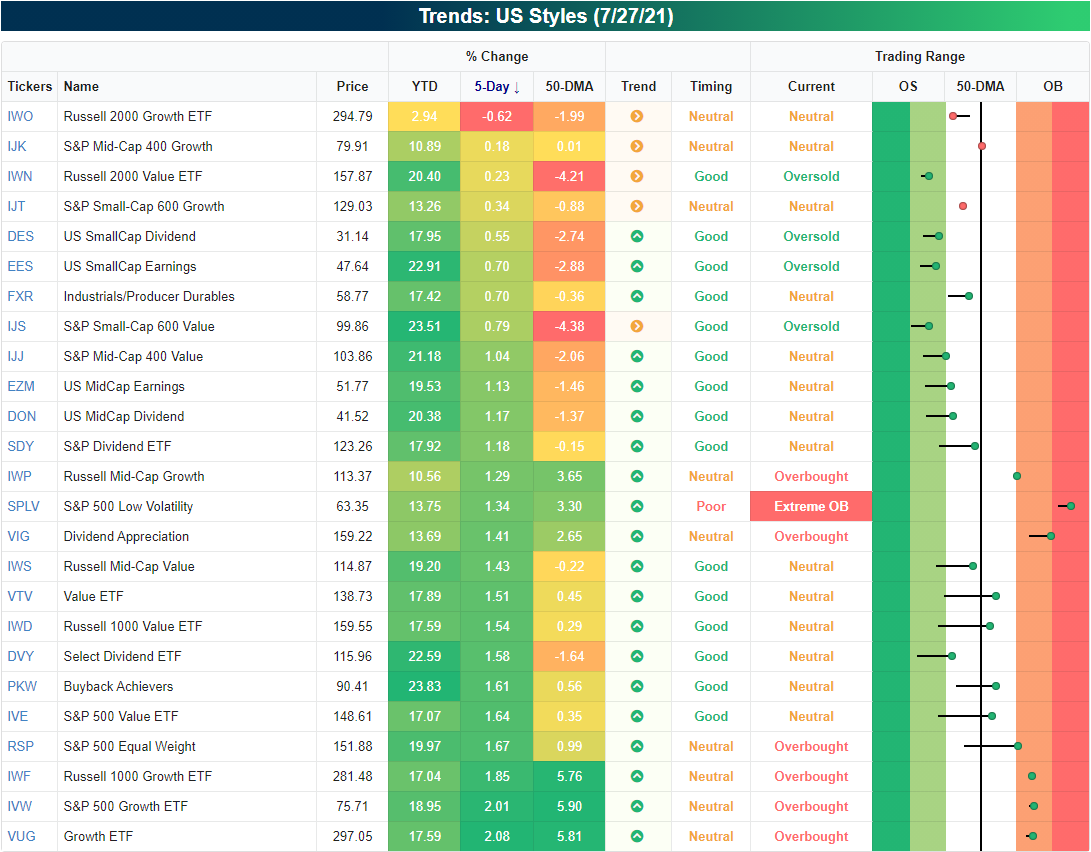 Taking a closer look at the dynamic between small and large-cap growth, as shown below IWO has been trending lower for basically all of 2021 after a strong run higher at the end of last year.  Meanwhile, IVW has been trending in a steady, largely uninterrupted, uptrend.  Given that strong run at the end of last year, IWO had been outperforming IVW by a large degree for most of the past year.  But small-cap weakness and large-cap strength has meant the two are now up by roughly the same amount (~40%) versus one year ago.

A massive degree of that outperformance has come in the past month alone.  In the bottom right-hand chart below, we show the rolling one-month performance spread of the two ETFs.  While it has come back down slightly today, at yesterday’s close, there was a 10.9 percentage point spread between the one-month performance of IVW and IWO. That is the widest dispersion between the one-month performance of the two ETFs since April’s record level when the spread reached 12.82 percentage points. Since the Russell 2000 Growth ETF began trading exactly 21 years ago, there have only been a handful of other periods in which small-cap growth underperformed by such a wide degree. The other most recent period was March of last year, October 2008, and then late summer of 2002.  Click here to view Bespoke’s premium membership options. 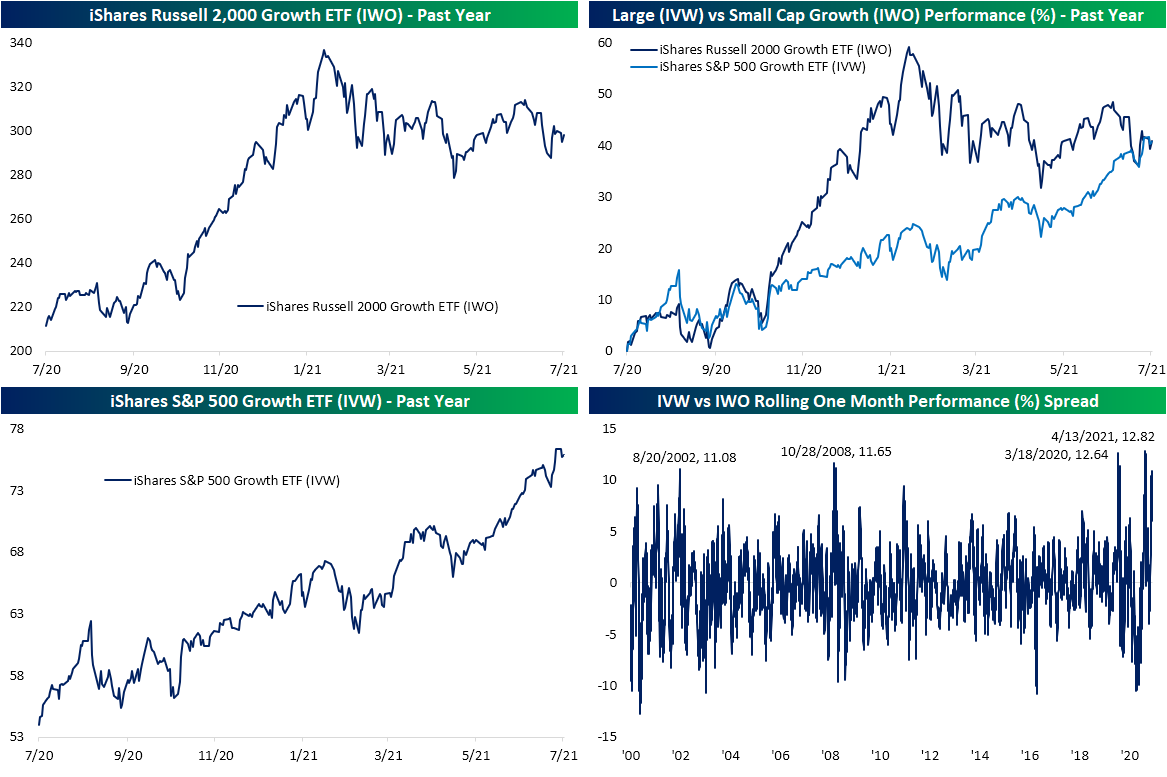