The NFIB released their July reading on small business sentiment this morning. In today’s Morning Lineup, we highlighted the strength in labor market indicators included in the report. Included in that was the percentage of survey respondents reporting either the cost or quality of labor as their most important problem.  As shown below, 9% and 26% reported as such respectively. On a combined basis, that is 35% of respondents reporting either of these issues as their biggest problem. That is the highest percentage since November 2019 when 36% reported as such. Government-related concerns came in as the biggest problem for the next largest share of businesses.  31% reported either taxes (19%) or government requirements and red tape (12%) as their biggest problems, up from 29% on a combined basis last month.  While higher month over month, that is still multiple percentage points below the recent high of 35% from May.  The other biggest issue that comes in behind labor and government is inflation.  11% of respondents reported that they worry about cost pressures which is actually down from 13% the prior month. While improved, that is still one of the highest readings to date outside of the string of record or near-record readings in 2008.  Click here to view Bespoke’s premium membership options. 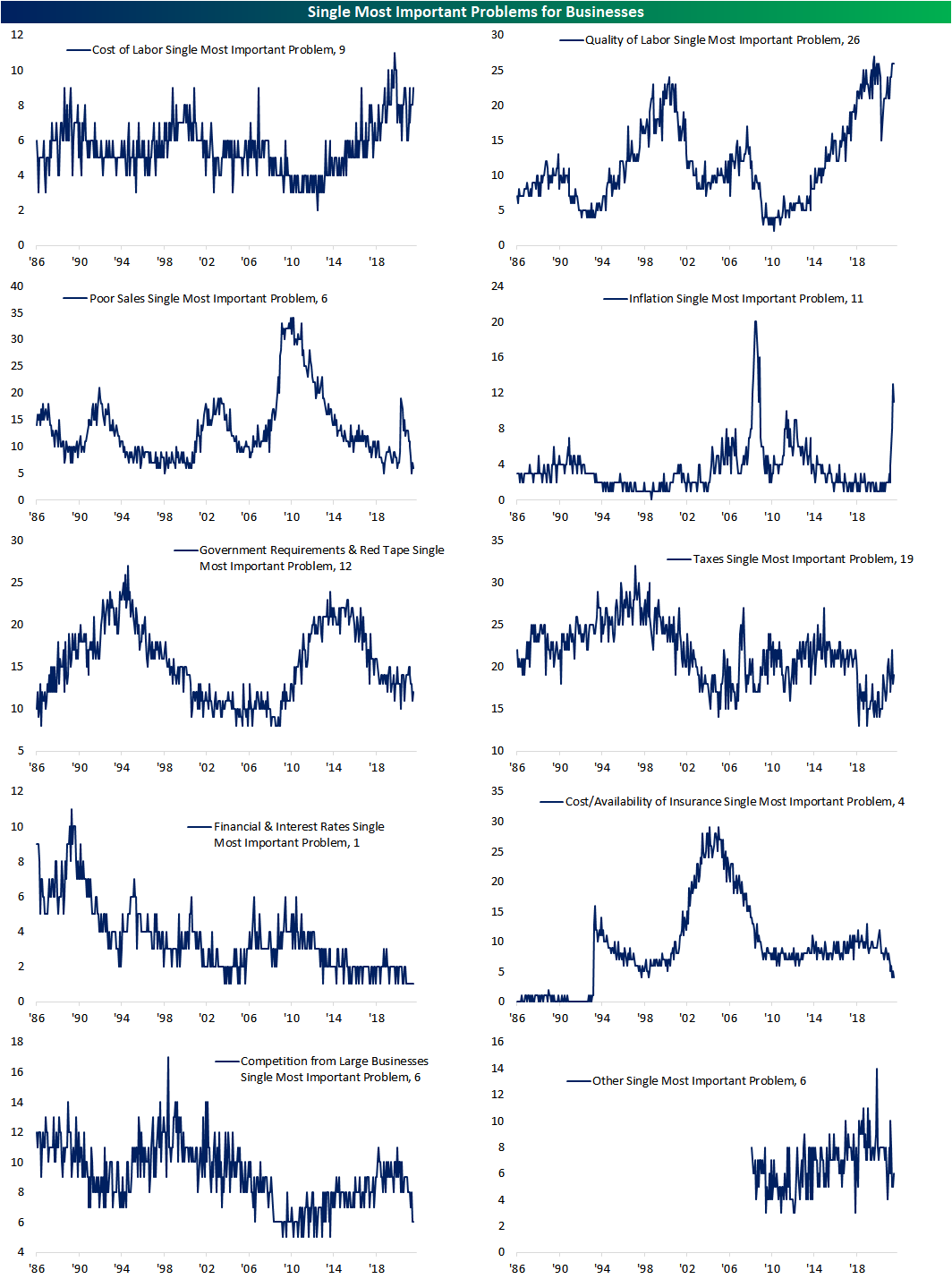