Kansas City Fed Goes Out With A Bang

The last of the regional Fed manufacturing reports for the month of February went out with a bang.  The Kansas City Fed’s composite manufacturing index rose from 17 to 24 in February, exceeding expectations by 9 points. That brought the index to the highest level since June 2018 and is also in the top 2% of all monthly reading since the survey began in 2001. Expectations also remain historically optimistic with that index in the top 1% of all months, also rising to the highest level since June of 2018. 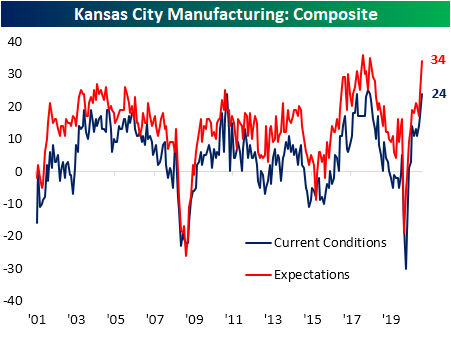 Not only was the headline index strong but most of the components of the report similarly came in at historically strong levels.  Both Backlog of Orders and Supplier Delivery Times came in at record highs while all but three other indices are in the top decline of all prior readings.  Most indices were higher month over month, though, there were a few components that fell like Shipments, New Orders, New Orders for Exports, and Inventories for Finished Goods. 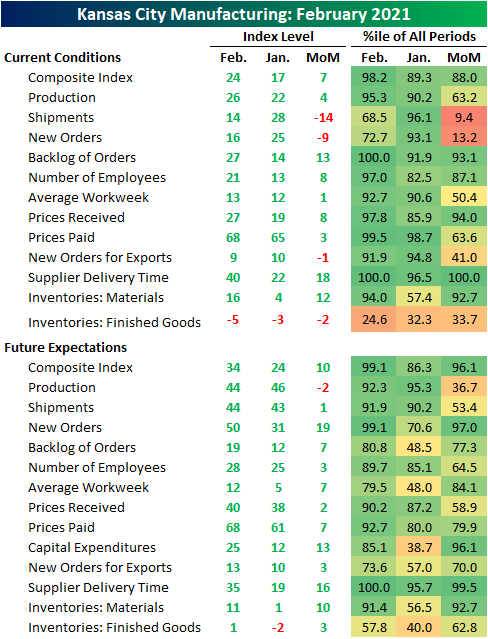 Two of the weaker components of the report were the indices for New Orders and Shipments. While still at healthy levels, the declines this month meant that new orders and shipments both decelerated in February.  But even though the indices for current conditions fell, expectations indices were much stronger.  As shown below, both expectations indices for New Orders and Shipments were higher month over month with the former coming in the top 1% of all months. Although the reading in New Orders pointed to some slowing, Backlog of Orders accelerated rising to 27, the highest level on record. 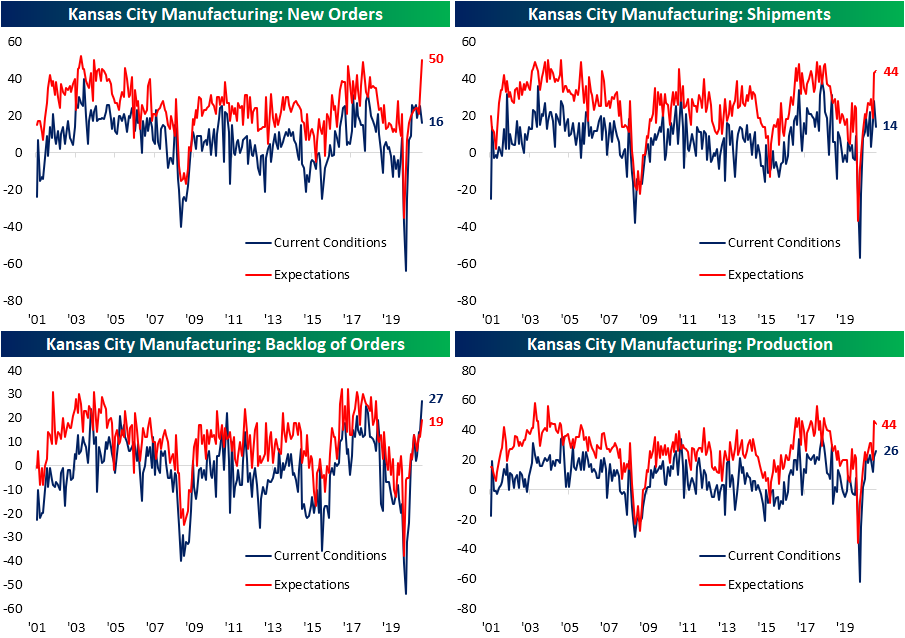 The other index reaching a record high was Delivery Times.  Higher readings in this index indicate longer lead times. The 18 point increase month over month in February left the prior record of 30 from March 2018 in the dust. Manufacturers also do not appear to have high hopes that supply chains will normalize in the near future either. The expectations index likewise came in at a record high of 35. 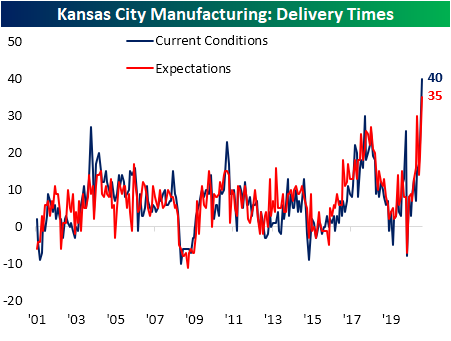 Alongside longer lead times, prices are on the rise as has been observed in other manufacturing reports. The indices for both Prices Paid and Prices Received were higher this month. Starting with Prices Paid, the current conditions index rose to the second-highest reading on record behind April 2011.  Expectations were also at the highest level since April 2011. Consistent with other manufacturing surveys from the other regional Feds, Prices Received are more muted but are nonetheless at the highest level in some time. Rising to 27 this month, the index for Prices Received rose to the highest level since August 2008. Click here to view Bespoke’s premium membership options for our best research available. 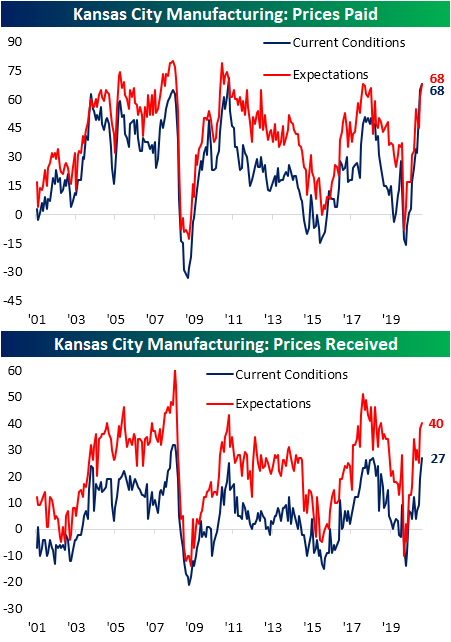