As the S&P 500 continues to trade in a relatively sideways range with a slow drift higher, we thought it would be interesting to look at years where the market saw its largest single-day gains and losses on this date in history.

Starting off with the bad, you don’t have to go back too far to find the worst June 11th for the S&P 500 as it was only last year.  After a nearly three-month rally off the March 2020 COVID lows, stocks were already starting to tread water, but on 6/11, the sellers won out as investors were forced to face reality.  The sell-off came one day after Federal Reserve Chairman Jerome Powell highlighted the difficulties facing the American economy, saying that “the pace of recovery remains extraordinarily uncertain.” These cautious comments as well as an escalation in coronavirus infections in the southern part of the United States brought into focus the precariousness of the situation of the time and that the reopening process would not be as smooth as investors once thought. In addition, a number of political polls showed then President Donald Trump falling further behind in polls.

By the time the bell closed last year on June 11th, the VIX surged nearly 50% and closed above 40 as the S&P 500 fell 5.89%. Reopening stocks in the travel/leisure, financial, energy, and industrials sectors fell the most, but no area of the market avoided the selling stampede, as Kroger (KR) was the only stock in the S&P 500 to finish the day higher.  Last June 11th no doubt caused a lot of stress for investors at the time, but looking at the move from a longer-term perspective, it was little more than a speed bump on the road to recovery. 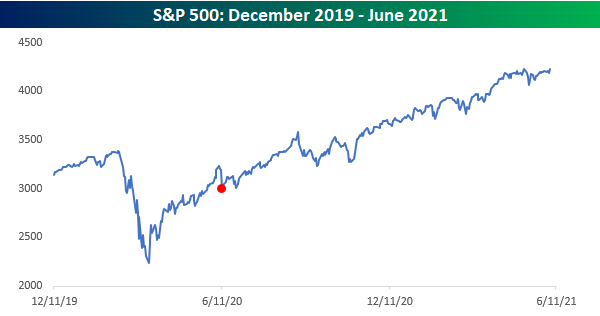 In contrast to last year’s June 11th plunge, the best June 11th for US stocks was more than 80 years ago in 1940. Europe was already embroiled in war and things escalated when Italy joined the war effort of the Germans by declaring war on the French and attacking a British naval base in Malta. Despite the escalation of conflict, the market confidently rallied anyway.  The reason?  For starters, it was coming off a major plunge in May following the German attack of France and other areas of Western Europe.  Besides being extremely oversold, another catalyst for the rally was an address by President Roosevelt at the University of Virginia commencement which has come to be known as the “Knife in the Back” speech. In that speech, FDR ditched his prepared comments and instead called for an end to the United States’ isolationism in response to Italy’s actions. He commented that “On this tenth day of June, 1940, the hand that held the dagger has struck it into the back of its neighbor.”

FDR went on to stress that the US couldn’t’ continue its isolationist policy:

In reaction to FDR’s speech, the feeling on Wall Street was that the US would take on a more active role in the war effort which caused a surge in industrial, defense, and material companies that would benefit from the Allied war effort. The impact of FDR’s speech was so strong that not only did US equities surge nearly 5% on that day in 1940, but the record June 12th gain was also the following day. Again, though, the gains on 6/11 and 6/12, 1940 came following a 25%+ plunge in less than two weeks, a decline rivaling the COVID plunge in terms of both duration and magnitude.  Like the rally off the COVID lows, the equity market rallied sharply in the following weeks regaining more than three-quarters of its May decline over the following six months, but unlike the current period, the gains were fleeting as uncertainty over the war continued to act as a headwind. 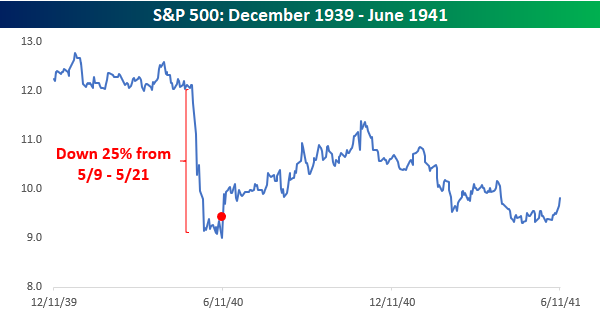 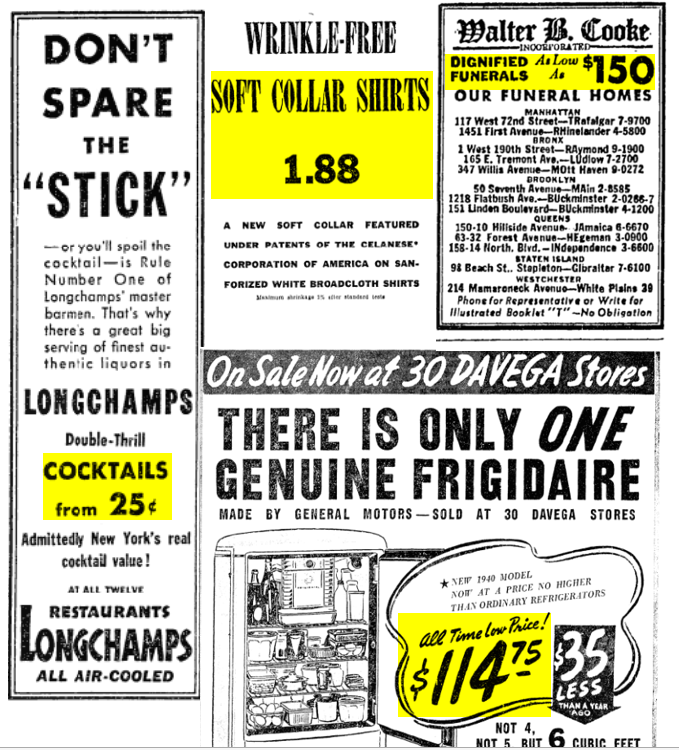