Jobless Claims Weaker Under The Surface

After a small uptick last week, initial jobless claims have resumed their move lower coming in at 712K this week and 13K below expectations.  The 42K decline from last week’s upwardly revised reading (745K previously to 754K) entirely erased the prior week’s 18K increase as claims now stand just 1K above the pandemic low of 711K reached in the first week of November.  While that is still a historically elevated reading, it is only within 17K of the pre-pandemic record of 695K. 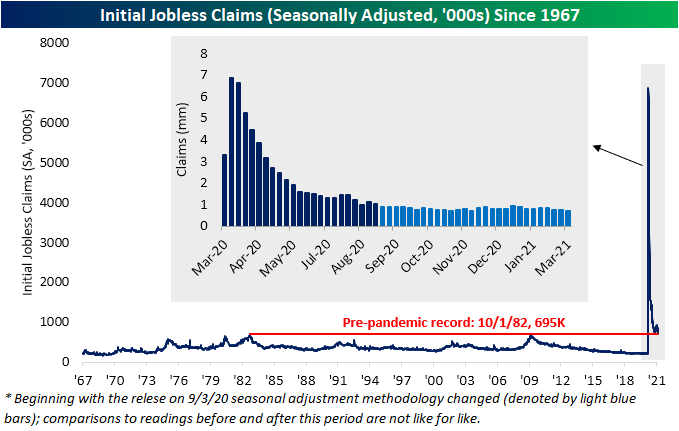 While the adjusted number is just off the pandemic low, on a non-seasonally adjusted basis claims did reach a new low.  At 709.5K, claims have taken out the previous 716.6K low from two weeks ago.  From a seasonal perspective, declines during the current week of the year are the norm. Historically, the current week of the year (10th) has seen claims fall two-thirds of the time. 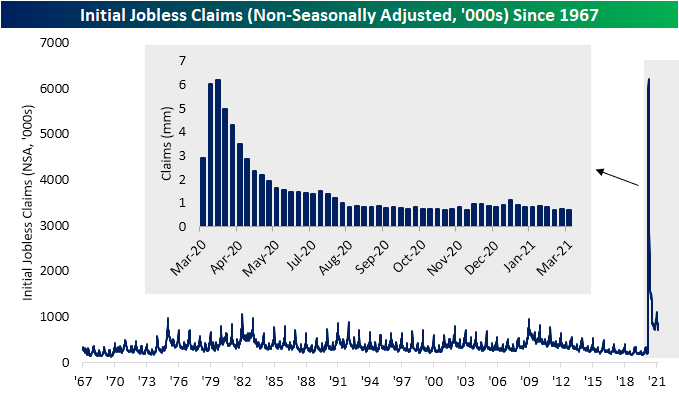 Adding in Pandemic Unemployment Assistance (PUA), the improvement in claims data was less impressive.  PUA claims were actually higher by 41.86K on a week over week basis bringing total claims between that program and regular state claims to 1.188 million from 1.193 million last week.  That is still roughly 181K above the pandemic low from early November and little changed from the past few weeks’ readings.

On a state-level basis, while a majority of states continue to report lower initial claims for both programs, the single biggest contributor to national claims continues to be Ohio. Ohio reported 126.9K regular state claims which is 20K more than the next biggest contributor, California (105.9K).  For PUA claims, Ohio’s 261.7K claims in the most recent week are over 45K more than the combined total PUA claims for all other states and territories. For continuing claims, things are a bit less extreme with Ohio only accounting for 4.13% of all regular state continuing claims and 8.67% of total PUA continuing claims. 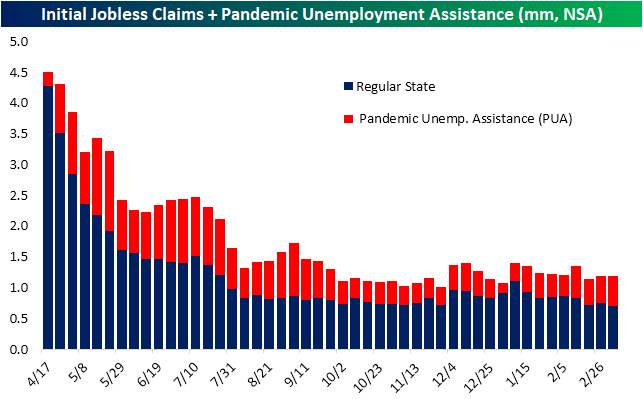 Like initial claims, continuing claims have also continued to improve, coming in below expectations (4.144 million vs. 4.2 million expected) which was also a new low for the pandemic.  The 193K decline was the eighth weekly decline in a row as claims have fallen every week except for three in the past half-year. 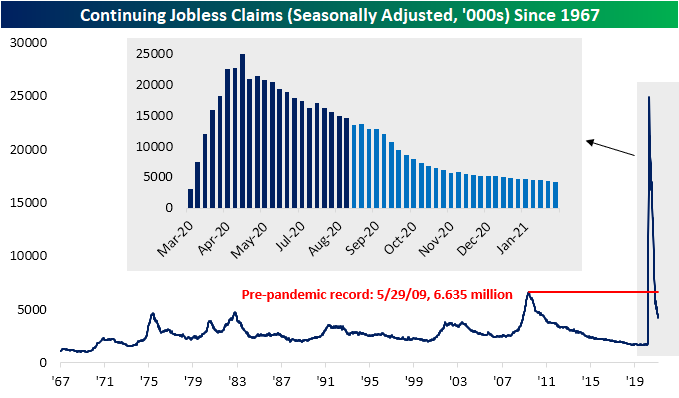 Including all programs adds an extra week’s delay to the data.  For the data as of the week of February 19th, total claims were an entirely different story as they rose by over 2 million rising back above 20 million for the first time since early December. That week saw an uptick across programs, but the biggest factors were PUA claims and Pandemic Emergency Unemployment Compensation (PEUC) which rose by 1.058 million and 986.35K, respectively. For PUA claims, that was the largest increase since January 8th when there was some catch-up following the signing of the spending bill. Click here to view Bespoke’s premium membership options for our best research available. 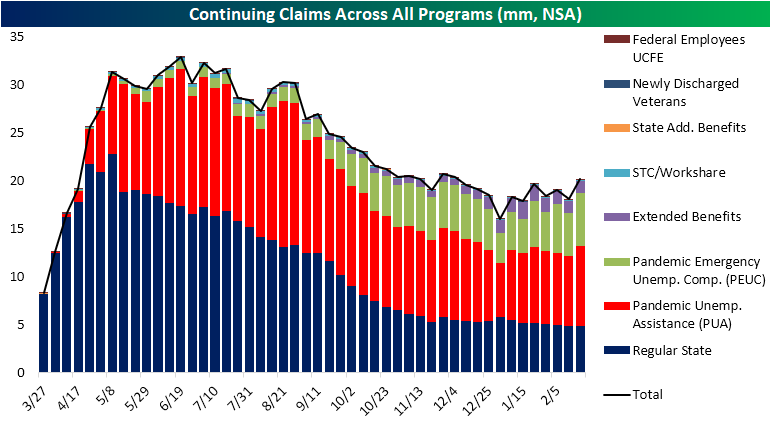 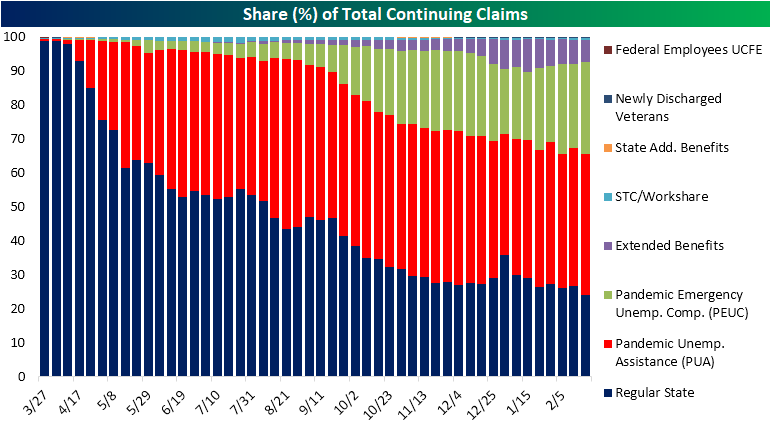