While schools are closing and events are being canceled as precautions to stem the spread of the coronavirus, initial jobless claims have yet to show any negative impact.  Claims actually fell slightly this week down to 216K from 219K last week.  That is about in line with expectations of a 215K print. Overall, claims still point to a healthy US labor market that has not seen any significant impacts from the coronavirus.

The recent multi-month low of 203K rolled off the four-week moving average this week, replaced by the higher 216K reading and caused the average to reach 213K.  That is the highest level for the four week average since the week ending January 24th when it stood at 214.75K. That is also still well below the highs from late last year in the low 230K’s. 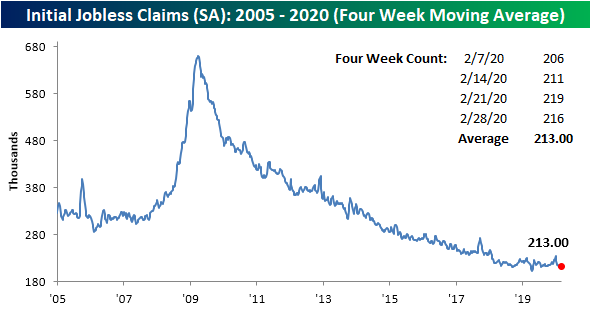 Non-seasonally adjusted (NSA) claims ticked higher by 18.3K this week to 217.6K. That leaves jobless claims slightly lower year-over-year and still far below the average for the current week of the year since 2000 as shown in the first chart below.  Additionally, while the week to week fluctuations in the NSA number should not typically be given too much weight, we wanted to highlight that the week-over-week uptick in unadjusted claims was just about what could be expected for the current week of the year. As shown in the second chart below, the ninth week of the year has averaged an increase of 17.6K; similar to the actual change of 18.3K observed this week. In other words, before seasonal adjustment, this week’s increase likely has more to do with seasonality than any coronavirus effects. 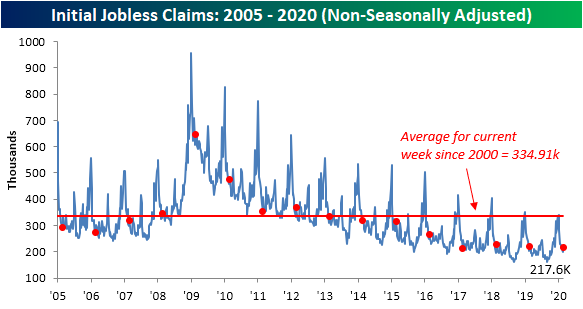 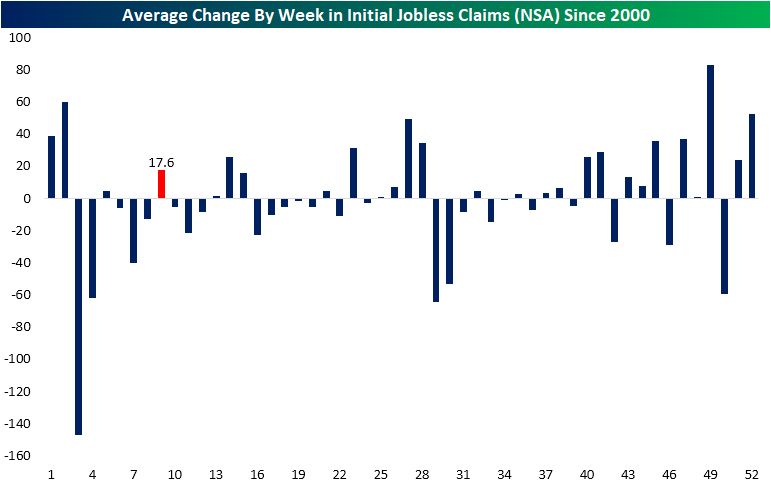 While less timely given they are released at a one week lag to initial claims, continuing claims are also not showing any signs of stress from the coronavirus. It is quite the opposite actually. After showing frequent year-over-year increases over the past few months for the first time of the current economic cycle, this week marked the first back-to-back YoY declines since early September. While two weeks do not make a trend, that is a welcome improvement after the past few months. Start a two-week free trial to Bespoke Institutional to access our interactive economic indicators monitor and much more. 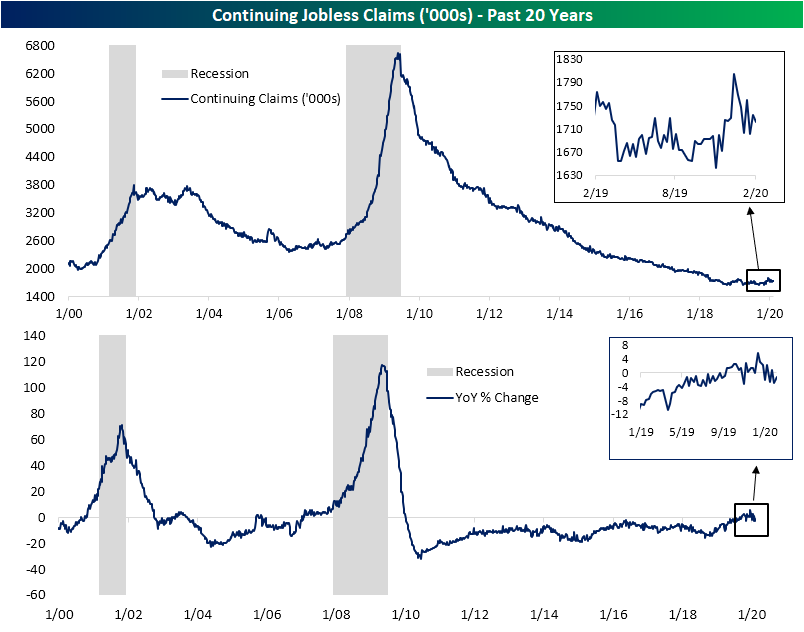