The pain has not stopped for the US labor market.  Initial jobless claims remain at extremely elevated levels coming in at 5.245 million this week.  Although this is still extremely high compared to other readings throughout history, this week’s print was a small improvement from the past few weeks coming in below expectations (5.625 million) as well as the past couple of weeks’ readings which have been well above 6.5 million.  Last week, seasonally adjusted claims totaled 6.615 million which makes the 1.37 million drop to 5.245 million this week the largest single week decline on record. Obviously, that is little consolation given the fact that it was still the third-largest weekly reading on record. Put differently, although there were not as many added this week as the past few weeks, there are still a historically massive number of jobless claims being filed. 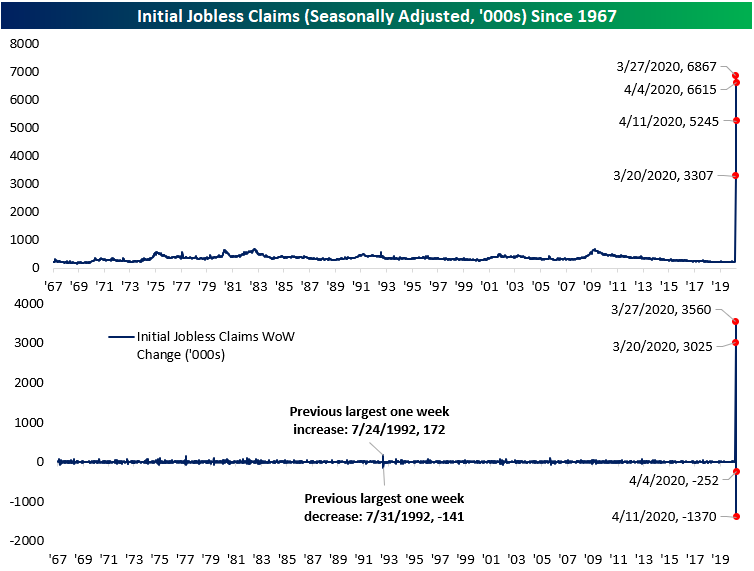 Over the past four weeks, there have now been over 20 million jobless claims filed on a non-seasonally adjusted basis.  In terms of total US population, that is roughly 6% or over 12% of the labor force.  This week contributed another 4.972 million to that number compared to the past two weeks which saw prints of over 6 million.  Again, that 1.24 million claims decline this week is the largest decline ever recorded even though it is not much of a positive. 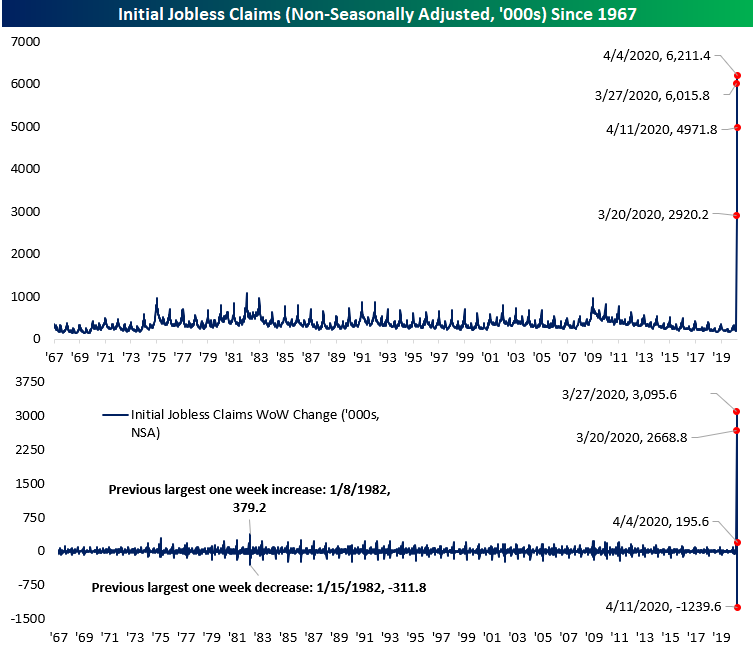 By now, every “normal” claims number has rolled off of the four-week moving average. As such, it has again pressed higher this week to a record of more than 5.5 million.   Start a two-week free trial to Bespoke Institutional to access our interactive economic indicators monitor and much more. 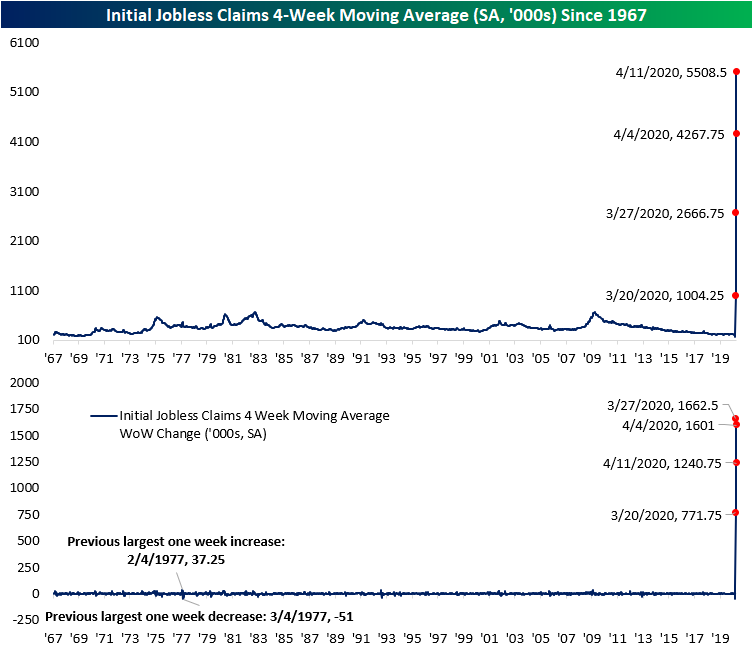