Jobless claims continue to be a snoozer.  Headed into tomorrow’s nonfarm payrolls report, initial jobless claims were little changed falling 1K down to 217K.  Over the past month, claims have been in a relatively tight range of only 12K.  That is the tightest one-month range since late June/early July, albeit claims are at slightly healthier levels than back then as well. 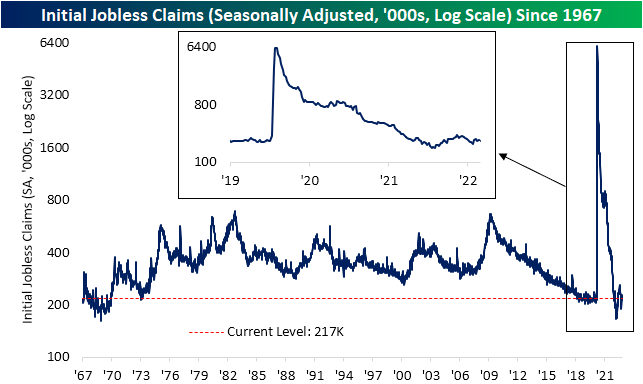 On a non-seasonally adjusted basis, claims are at 185.6K, which is the lowest level since 1969 for the comparable week of the year.  Claims have been on the move higher as is the norm for the point of the year.  In fact, the current week of the year has been one of the most frequent to see week-over-week increases in unadjusted jobless claims with increases 83% of the time since 1967. 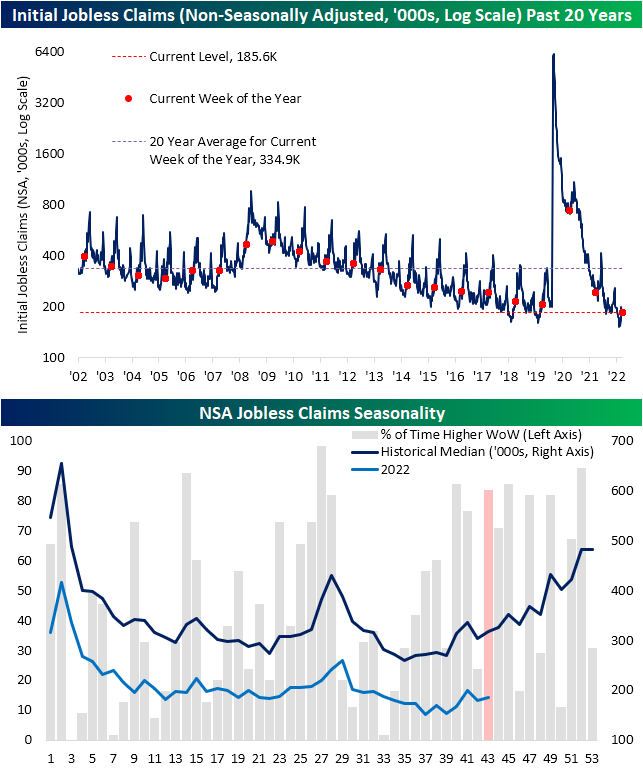 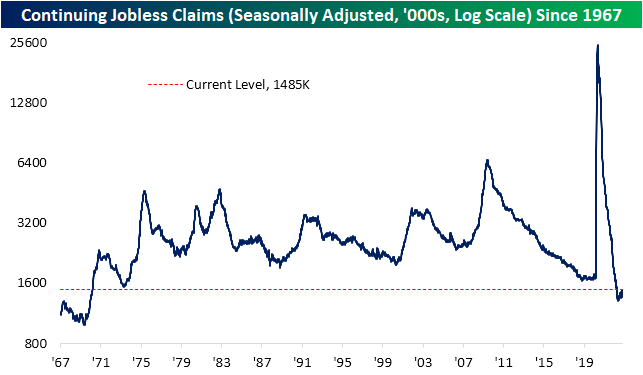 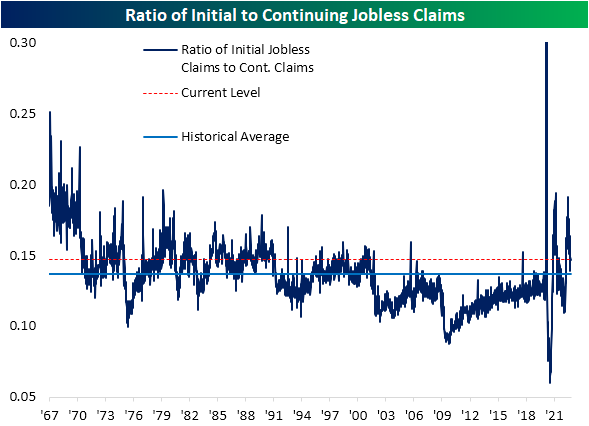