Things were actually pretty calm this week for jobless claims.  For the first time since August of last year, initial jobless claims were unchanged this week relative to last week’s 3K upwardly revised number of 884K. That was above forecasts of a reading 34K lower at 850K.  With the caveat that comparisons of the past two weeks to prior readings are not exactly like for like on account of a change to the seasonal adjustment methodology (which we discussed in greater detail last week), that 884K reading is still a very high level of claims relative to history but is at the low end of readings since the pandemic began. 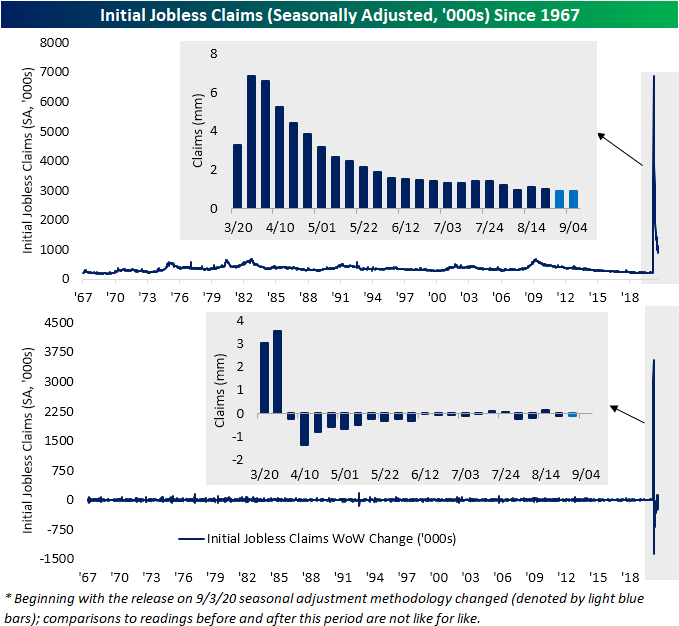 Non-seasonally adjusted claims were higher this week by 20.1K coming in at 857.1K.  That is the second consecutive week with higher claims by this measure and which leaves claims at their highest level since August 20th.  Granted, that is still at the low end of the range since the pandemic began. 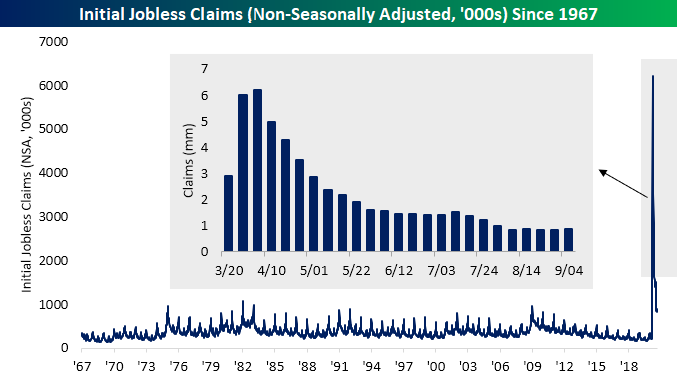 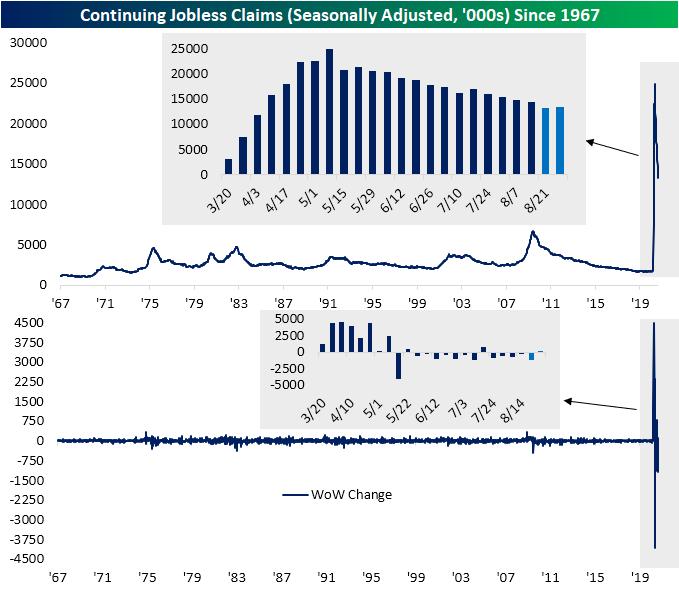 Taking into account Pandemic Unemployment Assistance (PUA), total initial claims have continued to worsen with the total count now at 1.7 million; up from 1.58 million last week and the highest since July 24th.  The bulk of that increase comes from PUA claims which were up to 0.84 million from 0.75 million last week.  This week marked a fourth consecutive week that both PUA claims and the total (PUA plus regular) claims have risen week over week.  Continuing PUA claims for the week of August 21st which are lagged an additional week to regular continuing claims also rose with the most recent reading of 14.6 million marking a pandemic high. Even though regular claims are off their peak and have been trending lower, that leaves total continuing claims at the highest level since mid-July. 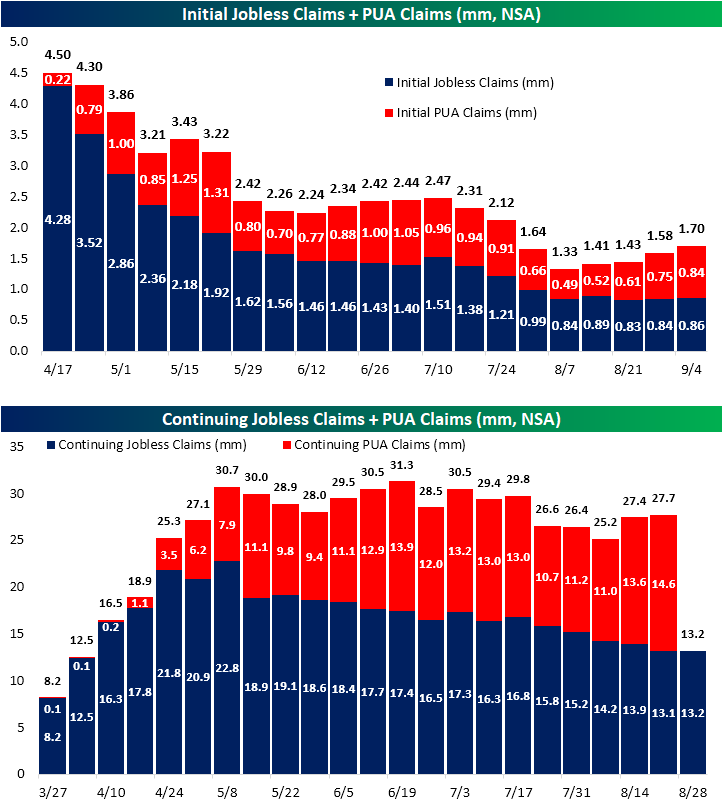 One interesting point of this data is that this weakness comes at a time of year in which claims have tended to turn around and head higher.  As shown below, on a non-seasonally adjusted basis, this time of year on average has marked the annual bottom for NSA claims with the bottom for continuing claims typically coming a bit later before both rise into the end of the year. In other words, it is hard to say to what degree it is the case, but the recent uptick in both initial and continuing claims (especially taking into account PUA claims) could at least partially be a result of seasonality.  Click here to view Bespoke’s premium membership options for our best research available. 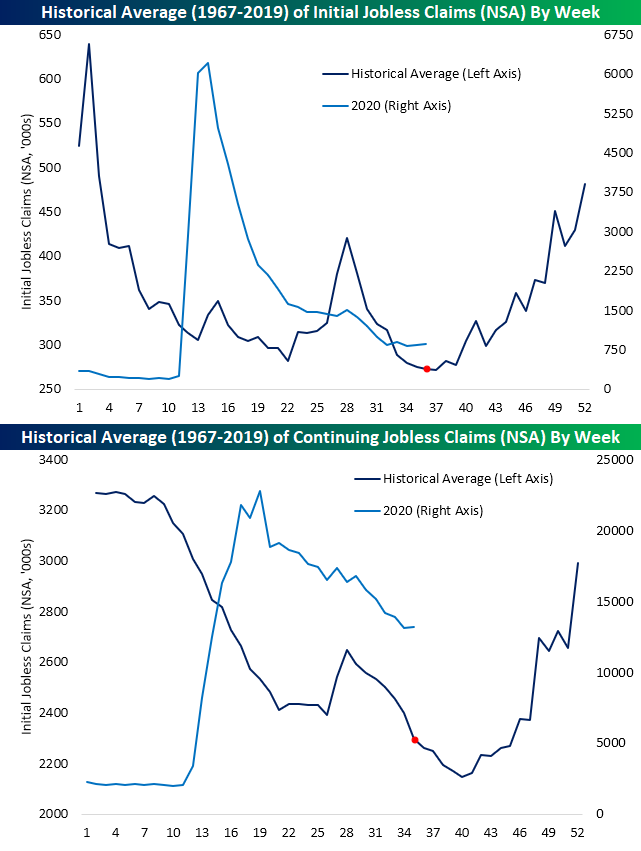